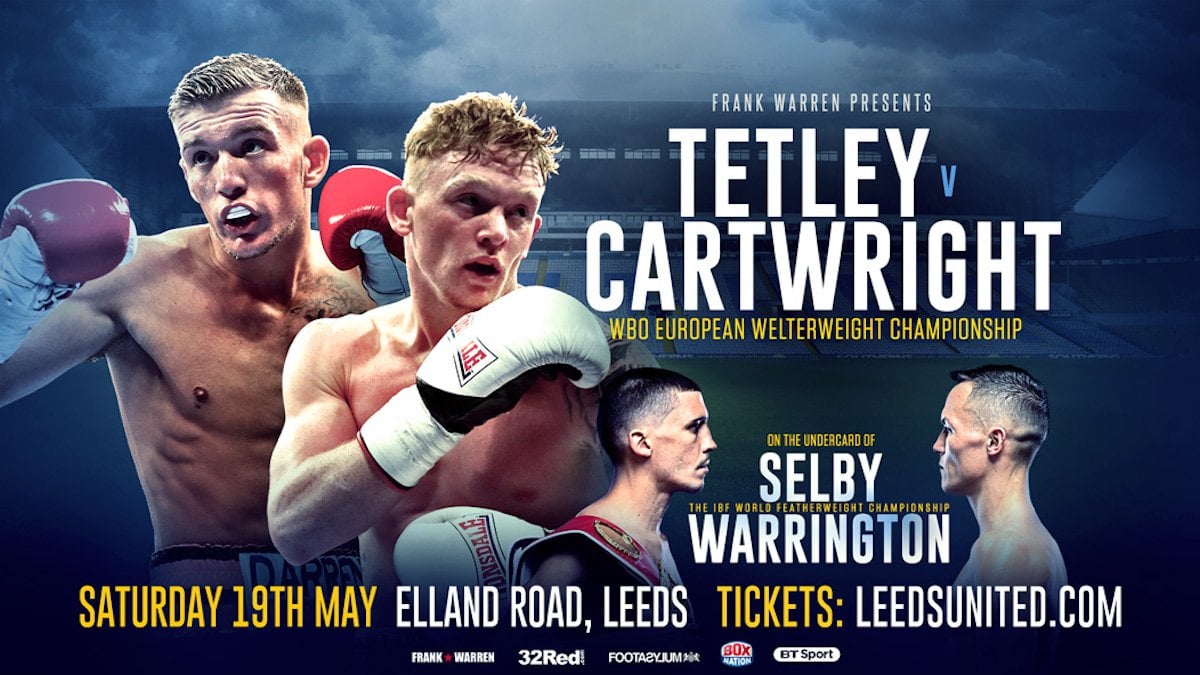 Ellesmere Port marauder Mason Cartwright believes that swapping trainers and dropping a weight division shall prove the catalysts to securing a crack at the British welterweight title over the next 12 months.

The one they call ‘Nutty’ due to his fiery red hair (gingernut!) began his unbeaten 14 fight pro career as a super-welterweight under Anthony ‘Arnie’ Farnell in Manchester.

However, the lad who hails from the same Vauxhall Motors amateur set-up that bred European bantam boss Paul ‘Livewire’ Lloyd and ex IBF bantam king Paul Butler has since transferred to Liverpool’s ‘No Limits’ gym. There, he claims he’s received a career enhancing style makeover under coach Danny Withington.

‘My defence is improving with each camp and I’ve far better agility and movement now,’ insists the 25 year old action man who meets Bradford’s unbeaten Darren Tetley for the WBO European strap and a possible world ranking on the Selby-Warrington undercard at Elland Road on Saturday week.

‘I’m no longer a ginger hot head! Starting out, I was definitely rash but this is where I’ve most improved. I still crank up the pressure but I’ve learnt to open doors, move my head and feet. After going to points in all of my first nine, I’ve now stropped five of my last six. Instead of hitting arms and gloves, I’m clattering through the target.

‘Bizarrely, dropping down to welter from light-middle for my last fight has actually made me stronger. I’ve recently added an extra 20 kilo to all my lifts. From a small light-middle, I’ve become a huge welter. I put on 16lbs overnight and felt amazing.

‘If and when (current British welter boss) Bradley Skeete moves on, I’ll be looking to throw my name into the hat to challenge for the title. You’ve got good lads like Josh Kelly, Johnny Garton and Tamuka Mucha coming through but the stiffer the competition, the more I’ll rise. I wouldn’t bother boxing if I didn’t think I could beat all of them.’

Style nemesis Tetley, a slick and savvy southpaw, can expect to command most of the support from his fellow Yorkies at the Leeds United football stadium but Cartwright is unnerved.
‘I definitely perform better under pressure. A better opponent brings out an ‘edge’ states the one-time England schoolboy finalist.

‘I’m not remotely bothered about going to Tetley’s back garden. In my fifth fight I went to London (Chigwell, Essex) to fight Leyton’s Ash Hill and I properly wiped the floor with him. It heightens the adrenalin. I get off on spiting ‘em!

‘Anyway, I’ll be bringing between 2-300 myself. We’re a small community and everyone here is on your side.’

Cartwright is equally unperturbed by the prospect of travelling beyond six rounds for the first time as he enters this scheduled 10 rounder.

He says:‘This camp has gone perfectly and I’ve had some great sparring recently, 10 rounders with fighters of the calibre of Liam Smith (for the second Liam Williams fight)and Jack Catterall so that tells me I’ll have no problem going 10 under the lights.’

Tyke Tetley, who snared multiple national amateur titles and has won 15 straight for pay, poses a formidable obstacle for Cartwright’s coming out parade but ‘Nutty’ is banking on his educated Cheshire pressure getting the job done.

‘Look, I respect whoever gets in the ring to fight me but I don’t come to lose,’ he warns.

‘I’m familiar with Darren’s name from the amateurs and I’ve seen a few rounds of him on DVD. He’s clearly earned his stripes but I’ve boxed loads of southpaws as an amateur and beat all four I’ve faced as a pro. I throw lots of back hands so southpaws suit me. I prefer them.

‘From what we’re hearing, he seems to think he can stand and fight with me. Good! I don’t want him to go running. For a southpaw, he doesn’t seem too hard to hit.

‘I don’t think Tetley understands quite how strong I am. When his movement inevitably dips and he’s forced to hold his feet, I’ll take over, mow him down.

‘But I’ll not be a bull at a gate. I want to show my skills. When fights were going my way, I could get away with just being aggressive but people haven’t see the class I show when I’m sparring ‘Beefy’ and Catterall. The classier the opponent, the better I’ll box.

‘I’ll not rush for a stoppage but, if a chance arises, I’ll certainly not be taking my foot off the gas. He’ll discover I just don’t give up. I’m promising Darren Tetley a long, painful night!

General admission tickets for Selby v Warrington are available from just £40 per person.

Tetley: “It’s A Fact That I’ve A Bigger Knockout Percentage Than Cartwright!”

The fight fancy might be styling Saturday week’s vacant WBO European clash between unbeaten welters Darren Tetley and Mason Cartwright as a classic boxer versus fighter clash but Bradford’s Tetley insists he has the edge in both power and panache ahead of the salivating War of the Roses rumble.

‘Mason’s dropping down from light-middle so will be strong but if strength is all he’s banking on, he’ll come up short, very short! Scott Quigg’s greater strength didn’t win over against Carl Frampton. Strong and tough are not enough!’ insists the stylish 5ft 11in southpaw who arrives fresh off a two knockdown second round slaughter of Liverpool’s useful Terry Needham last October.

‘My boxing brain beats Mason but I’ll not be running away. I’ll be pushing him back and when I land a proper shot, he’ll be shocked. It’s a fact that I’ve a bigger knockout percentage than Cartwright has.’

Though the colliding prospects are undefeated in 29 fights combined, both shall be making their championship debuts in this warm-up to the Lee Selby- Josh Warrington world featherweight title showdown before a five-figure audience at Leeds United’s Elland Road stadium.

However, the 24 year old Bradford scaffolder has successfully negotiated the eight round trip twice, while Ellesmere Port’s Cartwright is yet to venture beyond round six.

‘This is my breakout fight, by far the biggest event of my career and easily the most ‘up for it’ that I’ve been since joining the pros,’ insists ‘TNT’ Tetley, a multiple national junior champion and former Commonwealth Games Youth silver medallist who has racked up 15 straight wins, with six stoppages, since entering the profession back in November 2013.

‘Not many get to have their first title fight at a massive stadium. I’ve told myself: Savour the build-up. Enjoy the interviews, enjoy the occasion.

‘I’ve sold over £12,000 of tickets and can’t thank my supporters enough. It’s certainly handy that I’m only 20 minutes down the road but I don’t really think of it as having home advantage. We’ll both have a lot of support.

‘Previously when I’ve boxed at the First Direct Arena in Leeds (on five occasions), I’ve either been first or last on and there was never much atmosphere. This time, I expect it to be pretty full but I never feel any pressure. I just do it cos I love a fight.’

Flame haired firebrand Cartwright is yet to concede in 14 – one technical draw – but Tetley insists he has put in the graft required to front the challenge.

‘I’ve been sparring my gym mate Tom Young who recently got to the final of the Ultimate Boxxer. He’s very similar to Mason, even looks like him, same hair, loads of tattoos,’ says the married father of two who is mentored by ex-pro Mick Marsden at the Body Mania gym in Rothwell.

‘We expect Cartwright will storm out and try to steam roll me and we’re fully prepared for that. We fully expect him to be fit, as will I. I expect it to turn into the fight of the night. I want a black eye to make me look harder!

‘But I’m not the type to get discouraged if I don’t get rid of an opponent early. I done eight very hard rounds with (Poland’s) Lucasz Janik and smashed my hands on his concrete head. I’ve trained for 10 hard rounds against someone continually in my face.

‘From his Twitter tweets, it appears Mason fights with a lot of emotion, banging his fists and the bag. But if he piles forward, he’ll just walk onto my educated punches and eventually I’ll get to him.
‘My grandad passed away last week. When I have the belt I want him to look down and know that I did it for him.’

General admission tickets for Selby v Warrington are available from just £40 per person.