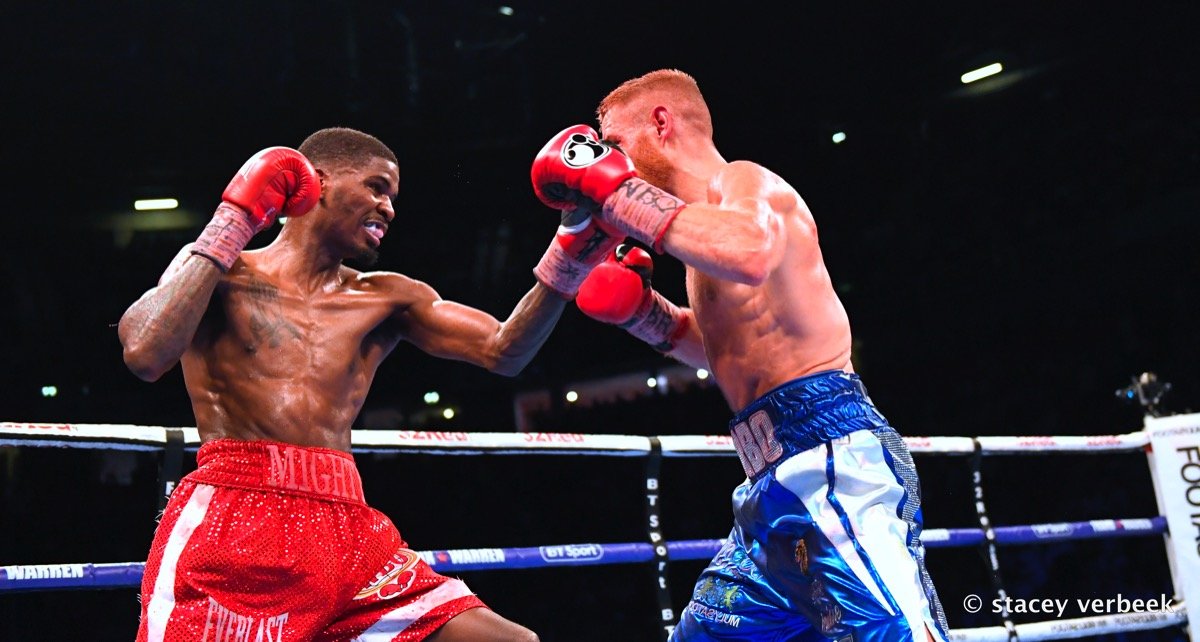 Terry Flanagan’s record for having the longest unbeaten winning ledger amongst the current crop of UK fighters came to an end on Saturday night, in his home city of Manchester.

Topping the bill at the Manchester Arena, former WBO World Lightweight king Flanagan was bidding to become a two-weight world champion when he faced Maurice Hooker for the Super Lightweight version of the WBO belt.

During the contest, Hooker – with a significant height and reach advantage – boxed well on the back foot, making it difficult for southpaw Flanagan to shine. The Mancunian’s task wasn’t made any easier either by the deep cuts he suffered after a number of accidental head clashes.

After the contest, manager Steve Wood, who has guided Flanagan from the small hall circuit to world honours, reflected on his fighter’s night, and future:

“It wasn’t an easy night for Terry. Hooker had those really long arms, and height, and Terry wasn’t able to get to him easily. But, although we know he didn’t box to his best ability, he still managed to get a close, split decision, and I thought the 117-111 scores on both sides were way off.

“What many people won’t know either is that Terry was actually quite dazed and concussed during the fight from the head clashes and, no excuses, but that really affected him. He had five different cuts after the fight that had to be repaired needing over 30 stitches, including 15 stitches in the cut on his forehead.

“Terry will have a rest, let the cuts heal and then we’ll go again. We’ll be looking to get him straight back into a world title fight. Hooker’s team have already said they’d be happy for a rematch if Terry is willing to travel to Texas, which we are, so we hope they stick to their word.

“There are other options out there too. We’d also be interested in the World Series, and even the [Anthony] Crolla fight could still be an option. That should have happened a while back when both were world champions, but there’d still be a lot of interest in it now. Our main priority though is getting Terry another world title fight.

“It’s a shame Terry’s run has come to an end, but he’s proven he’s one of the best fighters in the world and will be on the up again soon. I’ve also been on a good run lately with Josh Warrington winning the world title, and Ryan Doyle upsetting Reece Bellotti. It had to come to an end sometime, I just didn’t see it happening here, but that’s boxing for you”