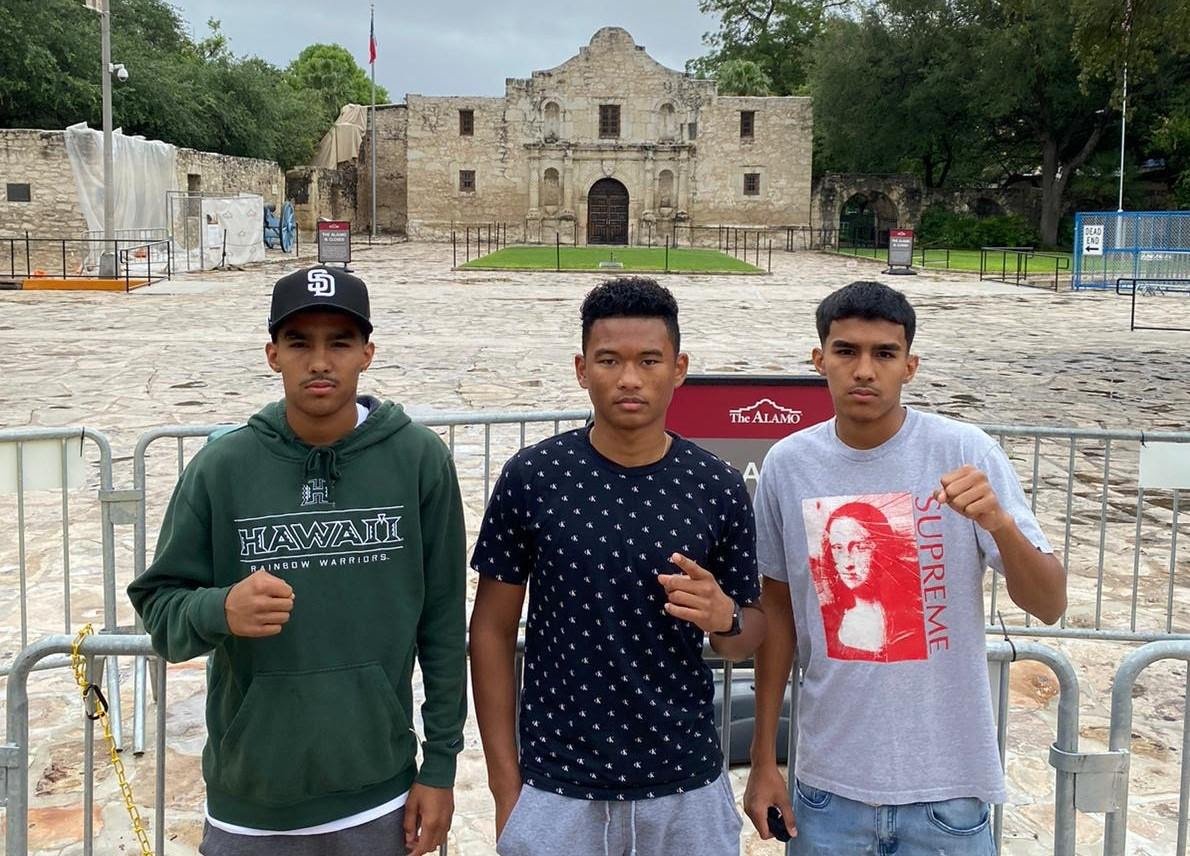 The three highly regarded fighters, who hail from the Pound-4-Pound boxing gym in Las Vegas, Nevada, all lived up to their billing.

“I had a very good camp, and worked hard for this bout,” said Chavez Barrientes. “We spent a lot of time working with fighters we’d never sparred before and it helped a lot for this fight. I hit my opponent with powerful body blow and that was the punch that hurt him most. He couldn’t recover after that.”

Twin brother, Angel Barrientes saw a similar result as he stopped Brayan Martinez in the first round of their super bantamweight bout.

“I was able to land a couple of nice straight right hands to my opponents head that put him down early,” said Angel Barrientes. “I am lucky to return the ring this soon and hope to stay active as I want to achieve so much in this sport. I knew I had to make a statement and I did.”

“We’ve been working on a lot of different things in the gym and one of them was throwing a hard right hook,” said Zamora “That was the punch that landed flush and hurt my opponent. Once I saw him hurt, I wanted to end the fight and I did so with a flurry of punches. These camps keep getting better and better and felt as sharp as ever going into this fight.”

The three elite boxers are fresh off their trip to the Bay Area, where they got elite sparring amongst all of the best in their weight classes in that region. They will now square off against Texas-based fighters, Omar Juarez (7-0, 4 KOs), top amateur fighters Sebastian Rodriguez and Jason Limon, as well as WBA super bantamweight champion Brandon Figueroa.

“We had a great time in the Bay Area and now we are looking to continue getting great work in Texas,” said Chavez Barrientes. “We sparred some of the best fighters in the Bay Area, Eros Correa, Oscar Escandon, Justin Cardona, Arnold Dinong, and learned a ton. I am excited to get even more new looks now that we’ve arrived in San Antonio.”

Well known San Antonio, Texas coach Rick Nunez will be taking the powerful young trio around the area to get the best possibly sparring for these fighters on their sparring tour.

“It is a great feeling being able to train and spar with so many skilled fighters from so many different places,” said super bantamweight Angel Barrientes. “I have big goals for myself and my team, and this is what we all need to be great, to go outside of what we’re comfortable with.”

The non-twin, Zamora, a 17-years-old featherweight is beyond thrilled to spend his summer on the road.

“I really like being uncomfortable and not being familiar with the fighters I am in the ring with,” said Zamora III. “I am learning how to adjust to new styles with all the different looks I’m facing. I learned a lot sparring in the Bay Area, and I am excited to learn more in Texas.”

These three fighters, who are just 17 years old, are going from sparring top-level competition in the Bay Area, to taking on San Antonio’s finest boxing talent in their weight class.