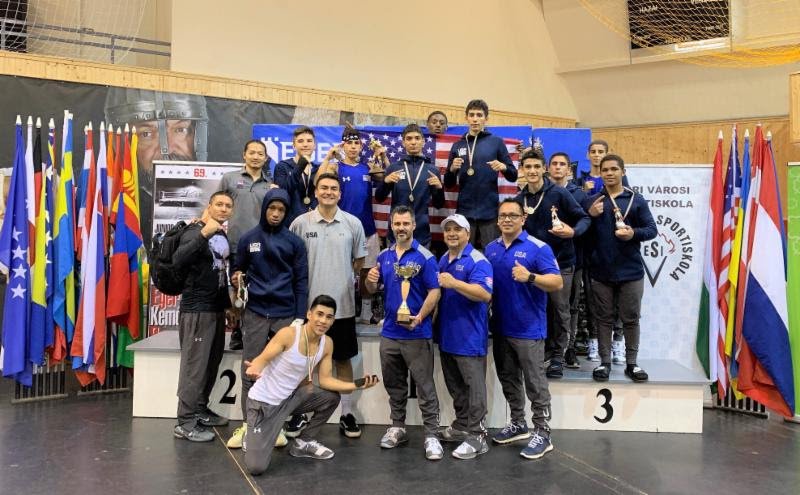 The final day of boxing at the 2019 Bornemissza Tournament in Eger, Hungary was dominated by the young American team, taking seven golds and one silver, which earned them Best Team of the Tournament.

Featherweight Emilio Garcia (Laredo, Texas) put on a dominating performance over Singh Laishangbam Rabichandra of India, which included a standing eight count in the third round, to pick up the unanimous decision victory, as well as the young American’s first international gold medal.

Jahi Tucker (Deer Park, N.Y.) was the fifth member of Team USA to pick up their first international title. The light welterweight won by unanimous decision over Bendeguz Szigetvari of Hungary, while light middleweight Nathan Lugo (Marietta, Ga.) defeated Hungary’s Gergo Sztupa by abandonment, his second win by abandonment of the tournament.