JOE JOYCE VISITED the scene of Sunday’s Italian Job on Wednesday and stated his intention to land the knockout finish the gallant England team failed to apply when he takes on Carlos Takam in a heavyweight shootout on July 24.

Joyce will be performing at the adjacent SSE Arena and he spent the day sampling the Wembley surrounds ahead of his date with the formidable Frenchman, who will be seeking to put a first dent in the perfect 12-0 professional record of the 2016 Olympic silver medallist. 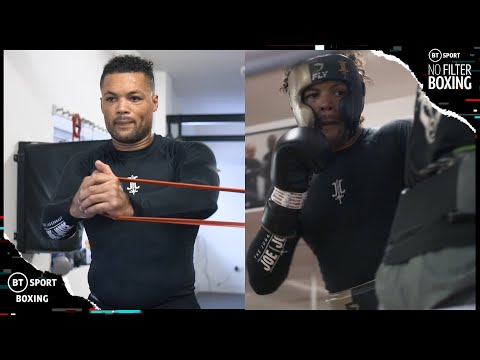 “I’ll be going for the knockout finish and that is what I am planning to do,” insisted Joyce, who has stopped 11 of his 12 opponents via KO.

Joyce knows the route to heavyweight glory that has been plotted for him. Take out Takam and he will be made mandatory challenger for the WBO world title soon to be contested between Anthony Joshua and Oleksandr Usyk. So the stakes are mighty high for the 35-year-old known as ‘The Juggernaut’.

“I will happily take on whoever wins, but I would love the opportunity to fight Joshua. I think he will want to fight (Tyson) Fury so we will have to see what happens there, but I am on the WBO track and looking to be made mandatory.

“I think Usyk could be a tricky fight for Joshua, but he should knock him out sooner or later you would think. It is heavyweight boxing, so you never know, but Usyk is no joke. He is an Olympic gold medallist, a very skilled southpaw, so he will probably pose Joshua problems with his good footwork and ringcraft.

“I do think Joshua will get to him, sooner or later,” added the Putney native who, given the delays involving the other leading heavies, will be bidding to put an early marker down in the division with an impressive and eye-catching display against Takam.

“Yeah and that is why I chose Takam as a good move for me. It is all about getting the right fights and I think this is one to get people talking. It will keep me ready too for when I get my turn to fight for the world title.

“He is a respected opponent who has been in with the best, like Joshua and also Chisora, who has been mentioned to fight me but I don’t think he wants it. It is going to be a great fight,” he added, pointing out that both versions of The Juggernaut could be required – the one who ploughs forward and the more nimble and skilful one we witness against Daniel Dubois.

“Maybe you will see a bit of both, depending on which Takam turns up, although I think I know what kind of style he will have. Whatever works to get me the win is what you will see. It is going to be a tough test and a real hard fight, also good stylistically to watch. So tune in!”

Pt. 2 of Joe’s trip to Wembley, featuring a visit to BOXPARK and Meetspace VR, to follow tomorrow…

CARLOS TAKAM is gunning for Anthony Joshua once he has sorted out Joe Joyce at SSE Arena, Wembley on Saturday July 24, live on BT Sport.

The French powerhouse stepped in at just over one week’s notice to challenge AJ for his WBA and IBF World Heavyweight titles in October 2017.

He went down fighting in Cardiff, losing in ten rounds to the defending champion with many fans insisting that the stoppage was premature.

And there wont just be Joyce’s WBO International, WBC Silver and Commonwealth titles on the line at Wembley.

KO King Joyce (12-0, 11 KOs) is ranked number two by the WBO and will be elevated into the mandatory position after Joshua has defended that title against current top contender Oleksandr Usyk.

“The story between Joshua and me is not finished,” roared Las Vegas based Takam (39-5-1, 28 KOs) who is confident of snatching Joyce’s ranking and booking a Joshua rematch.

Speaking on a digital Press Conference hosted by Dev Sahni, Takam added: “There is unfinished business with Joshua. That fight still hurts me.

“I took that fight at ten days’ notice. The referee stopped the fight and I don’t know why. Nobody ever told me.

“I was also meant to fight Usyk twice, but it never happened and he didn’t want me.”

Putney’s Joyce could have looked at easier options especially as he’s assured of a WBO World title challenge next year providing he remains unbeaten.

But the man who is also rated in the top ten by the WBC and IBF says: “I have had tough tests throughout my career so why stop?

“This is a great fight. Takam brings an all-action fight and it is going to be a good one. I want to give the fans what they want to see.

“This will lead on to some better fights, but I am not overlooking him.” 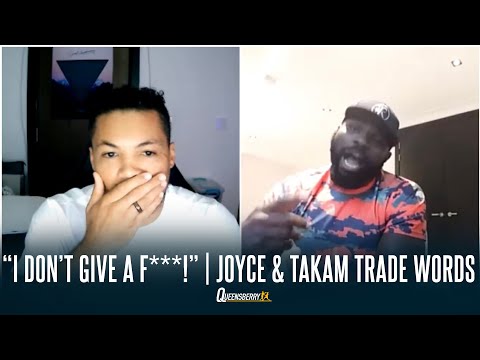 ‘JUGGERNAUT’ Joe Joyce rode through Wembley Park this week and confidently declared that he wants a Heavyweight shootout with Anthony Joshua under the iconic arch of the new Wembley Stadium.

Before heading to BOXPARK Wembley to sample London’s largest VR arcade – Meetspace VR – Joyce took a lap of the national stadium and was clearly inspired by what he saw.

“AJ at Wembley Stadium for a World Title? That would be incredible.”

If Joyce KO’s the experienced brute Carlos Takam on July 24th he’ll be made mandatory challenger for the winner of the expected Joshua/Usyk September showdown, so such a clash may be well within reach.

Many in boxing have made Joe the overwhelming favourite for the fight with Takam, but ‘The Juggernut’ is taking nothing for granted.

“It’s the dimensions of him, he’s a bit shorter but he’s got a long reach and throws big looping shots.”

Despite being the underdog for his spectacular November 2020 victory over fancied prospect Daniel ‘Dynamite’ Dubois, Joyce considers Takam a tougher fight than the one he had with the young Greenwich banger.

“He’s got good head movement, experience… it’s going to be a different kind of fight than Dubois, a tougher fight. He’s got a good chin and he can bang.”

Before the serious stuff begins next week, though, there was time for some fun at London’s premier VR gaming experience, Meetspace VR.

Flanked by his managers Sam Jones and Adam Morallee, Joe was treated to time in the Undead Arena as well as being one of the first people in the UK to play the new game, Far Cry VR: Dive Into Insanity.

“I like to play games, especially after training with my feet up at my desk watching something and playing at the same time,” he revealed, “but today was different. VR is a real workout!”

“We started off by rolling around on the ground, shooting zombies, it was fun. Then we played the new Far Cry VR game.

“It was a brilliant game. I’ve had fun. It’s tactical… you don’t know where you’re getting shot from and you’ve got to work together for your objectives. It’s been a good day, I’ve had a great time.”

Alas, in boxing, it can’t all be fun and games.

“I’ve got sparring tonight, another session later this week and then it’s all eyes on July 24th. Knock Carlos Takam out and then we can start thinking about Joshua at Wembley Stadium for real!”

About meetspaceVR: meetspaceVR brings world class free roam VR experiences all under one roof. With venues in Nottingham (Victoria Centre), London (Wembley Boxpark) and Birmingham (Utilita Arena) meetspaceVR has blown the minds of over 50,000 adrenaline seekers since launching in October 2018. Learn more at https://www.meetspacevr.co.uk/

There is also heavyweight action featuring David Adeleye (6-0, 5 KOs), while Mill Hill’s George Fox (3-0) will make his Queensberry debut. Reading super-featherweight hope Charles Frankham (2-0, 1 KO) has also been added to the stacked bill., along with ‘The Gent’ Micky Burke Jr (4-0, 1 KO) who also returns after his first stoppage victory in November last year.