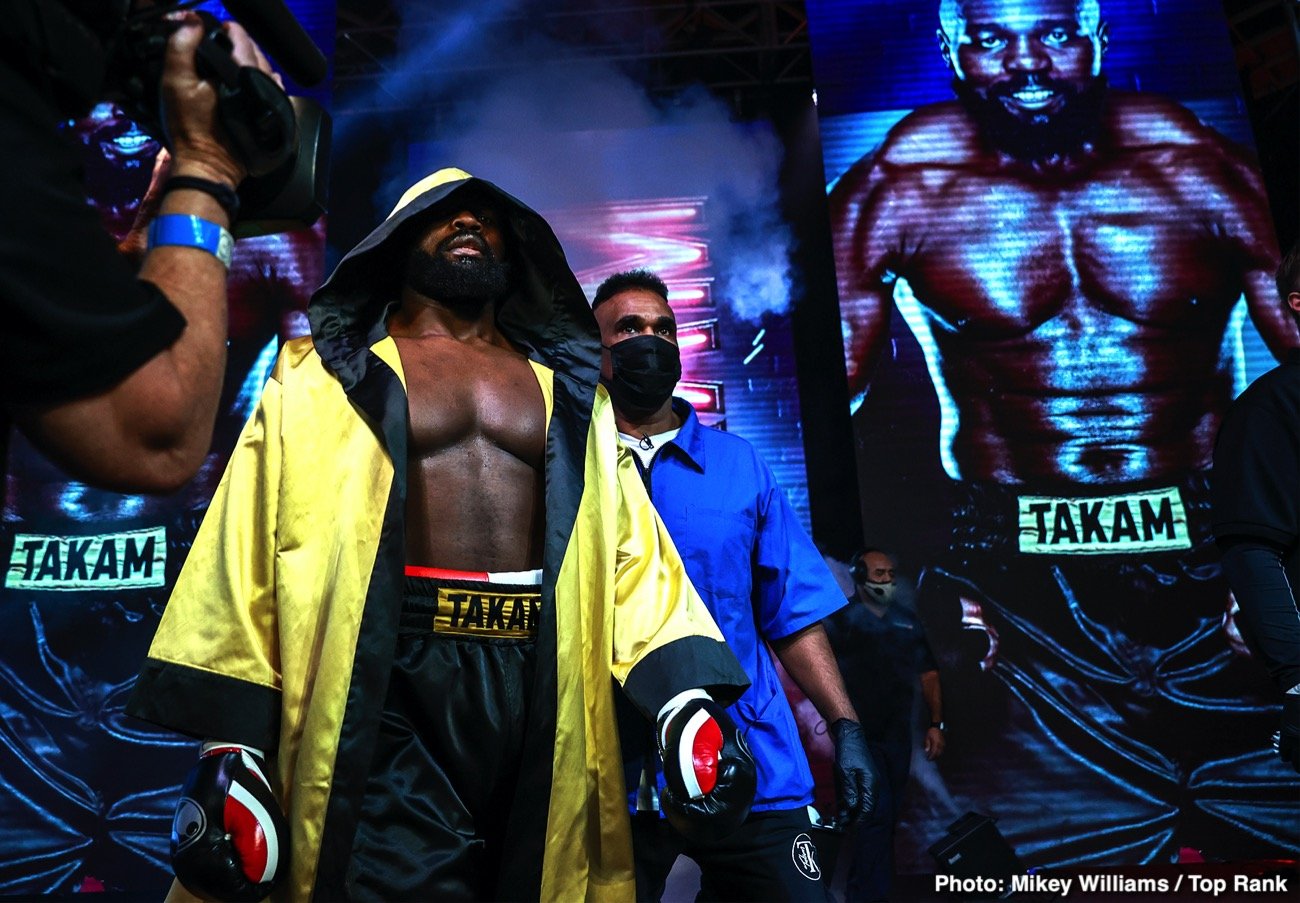 JOE JOYCE insists he will meet Carlos Takam head-on if his rival gets tricky with his nut.

Takam’s head work has caused problems for opponents in the past including Anthony Joshua when they clashed in Cardiff in October 2017.

Joshua came through the IBF and WBA World title defence in the tenth round but had difficultly breathing throughout when Takam’s head clattered into his nose during the second round.

Joshua compared Takam to Evander Holyfield when he brought his head up, and said afterwards: “It was harder than a punch – bone on bone.”

Joyce is aware of the dangers especially as he is 6ft 6in tall and has a five inch height advantage over his Cameroon born rival.

Putney’s Joyce said: “It is possibly tactics and his height, but I am prepared.

“We have been working in training on countering that head butt. I am not going to reveal my secrets.

“It’s going to be a tough one, but I think I can get the job done. I am here, ready and waiting.

“I’m definitely going to try and knock out Takam. I think I will find a way sooner or later to get to him.

“Carlos is perhaps the best I have fought. He is always in shape, he is strong, he is durable and you know he can do the rounds.

“He is a problem I will have to deal with on the night and I will.”

Takam doubts Joyce can trouble him

THE HUGELY POPULAR heavyweight Carlos Takam has sounded a warning to Joe Joyce ahead of their collision at the SSE Arena, Wembley, on July 24.

The Las Vegas-based Frenchman, 39-5-1, landed on Friday ahead of his fourth assignment on British soil against the unbeaten 12-0, 2016 Olympic silver medallist who is on the cusp of being put forward as a mandatory challenger by the WBO for the world title held by Anthony Joshua – and soon likely to be defended against Oleksandr Usyk.

The upbeat Joyce, 35, known as the Juggernaut, has promised to ‘run over’ the two-time world title challenger in the sequel to his memorable derailing of Daniel Dubois at the end of November. Takam responded by questioning if Joyce possesses the experience to be making such bold predictions.

Takam was greeted at Heathrow Airport by interviewer Dev Sahni, who got experienced Takam’s thoughts about his upcoming bout.

“He said he is going to run me over?” said the 40-year-old with a hearty chuckle. “I say good luck, and I will see you on 24th July! I don’t think he is experienced enough to take out someone like me, and this is going to be a big fight for him.

“I don’t want to say it is a small fight or an easy fight because every fight I treat the same. I am here because I am prepared and ready for this fight, and I am coming to win. Everybody says he is a tough guy, so I am here and ready for that.”

Takam was also bemused, rather than concerned, over claims from Joyce’s manager Sam Jones that he has been keeping tabs on his sparring sessions in Las Vegas.

“Really! He said that? So he’s been seeing my sparring – what the hell! That is good but, for me, I am not going to speak about what they say. I don’t care what a manager says about me because I am just focused for the fight.

Three further title clashes will take place on the undercard of Joe Joyce v Carlos Takam for the WBC Silver and WBO International titles at the SSE Arena, Wembley, on July 24.