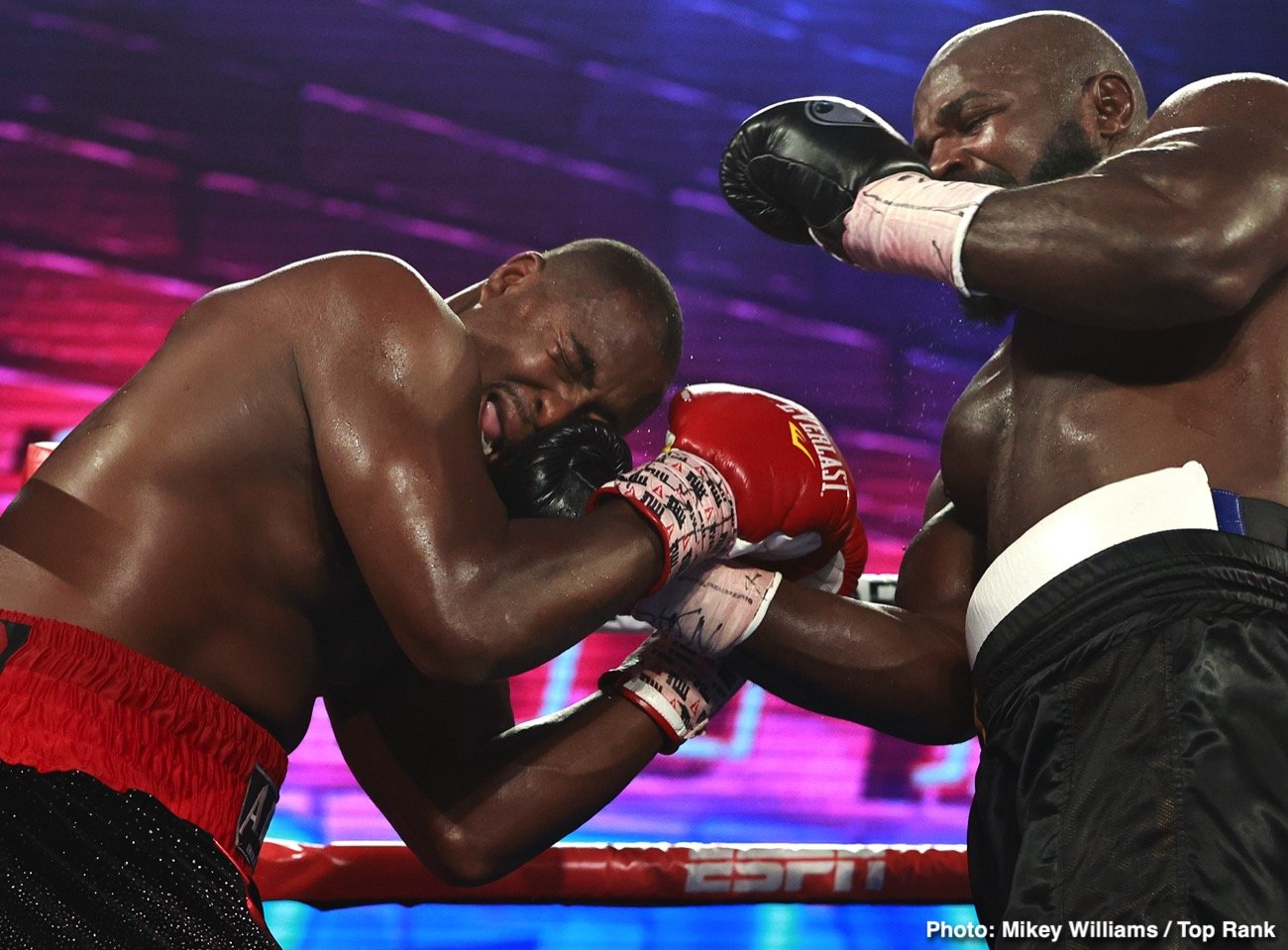 CARLOS TAKAM (now 39-5-1 28KO’s) took to the national stage on Thursday night when he faced off with fellow heavyweight contender, JERRY FORREST (now 26-4 20KO’s) in a 10-round main event on ESPN. Both men were scheduled to fight different opponents – Oscar Rivas for Takam, and Jarrell Miller for Forrest, but when both fights fell through because of injury and a PED finding respectively, Takam and Forrest took the opportunity to square off.

Takam, who took the fight on just 12-days notice, came in at a healthy 245 lbs and used every ounce to his advantage. In the first two rounds, Takam bullied Forrest around the ring, sticking his jab and moving exceptionally well for his frame. Mid-second round, Forrest landed a left hand, which would be one of his better-landed shots of the bout. Takam would answer right back with a sweeping right hand that unsteadied Forrest. 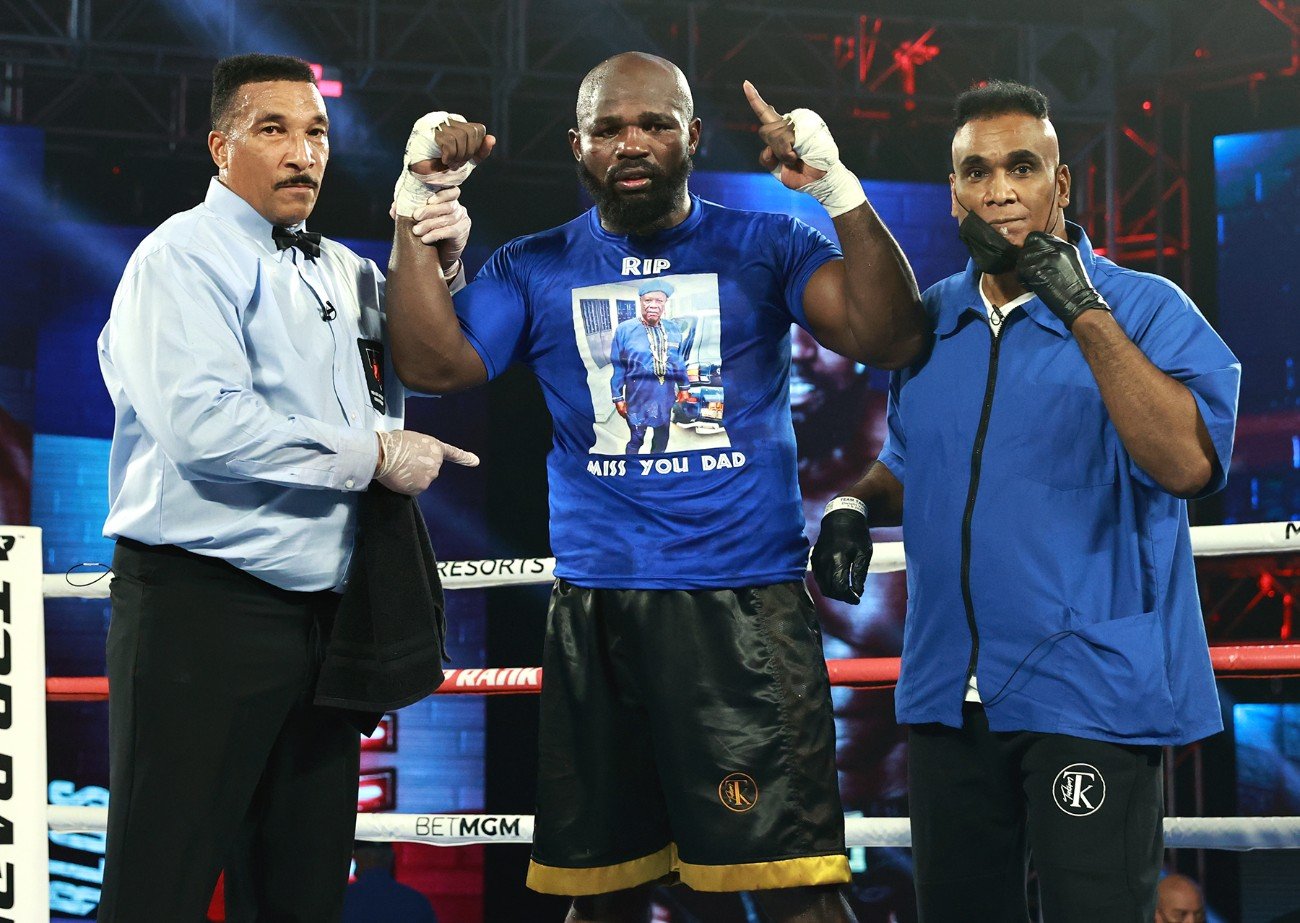 Rounds three and four were more of the same as Takam kept Forrest on his heels, working from both the inside and outside, giving Forrest no opportunity to find his range, or settle in.

A clash of heads caused a cut on Takam’s left eye midway through the fight and slowed his momentum in the back half of the battle. Forrest tried to take advantage, looking to land a missile of a left hand, but Takam was able to maintain composure and stave off Forrest’s pressure in the late rounds.

In the final frame, Forrest’s corner urged him on as he needed a knockout to win, but it was Takam that came out and dictated the action, as he did for most of the fight. Takam kept Forrest at bey with his jab, sneaky overhand rights, and veteran experience.

At the final bell, Carlos Takam earned a well-fought victory, winning by unanimous decision. (96-94, 98-92, 97-93) It was an impressive performance from the 39-year-old title seeking heavyweight.

Takam had this to say about the bout, “I was expecting more of a war, but the preparation for this fight was not easy… I was supposed to fight Rivas, but they said he couldn’t fight because of injury. My promoter, Joe DeGuardia, called and said they had a guy, Jerry Forrest, and I searched him up and said, let’s go; let’s fight.”

As for what is next for Carlos Takam, he has two names in mind, “Give me Rivas, and then give me Tyson Fury.”

Star Boxing CEO JOE DEGUARDIA, had this to say about Takam’s performance, “Tonight Carlos Takam showed why there are levels to this sport. Carlos used veteran prowess, balance, and overall boxing ability not usually seen in 250 lb. 39-year-old heavyweight fighter.

Most importantly, he showed that he is a consummate professional. He took this fight on 12 days’ notice, and few are aware, but, his father passed away only last month. That impacted him much, but he went forward with his commitment to boxing and prepared and performed. We salute his professionalism and look forward to an exciting future for Carlos in a hot heavyweight division.” 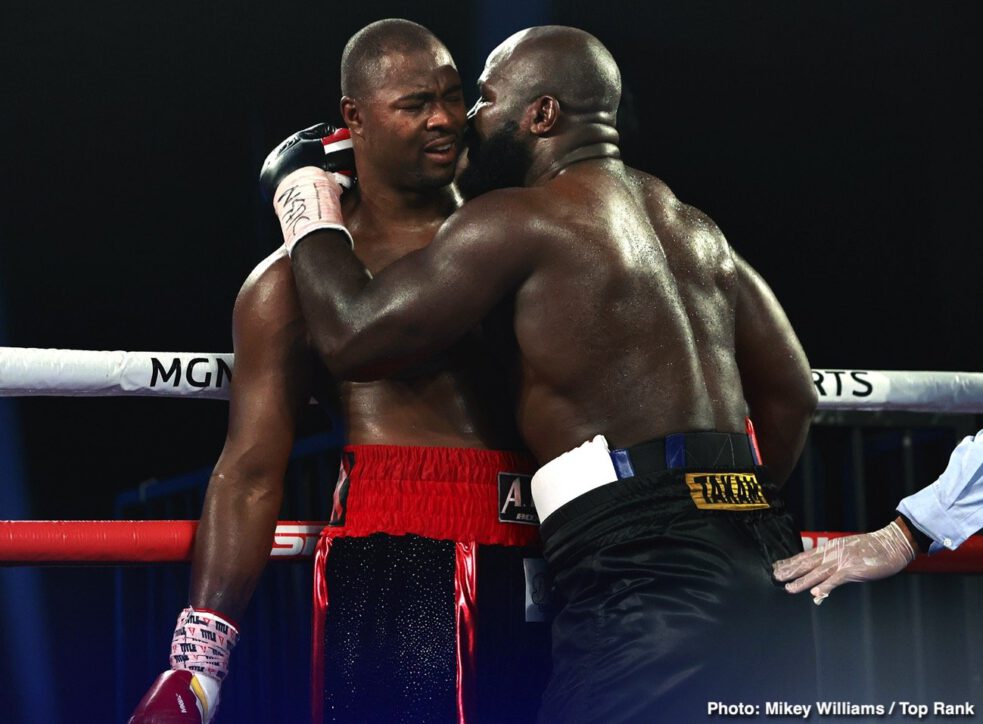 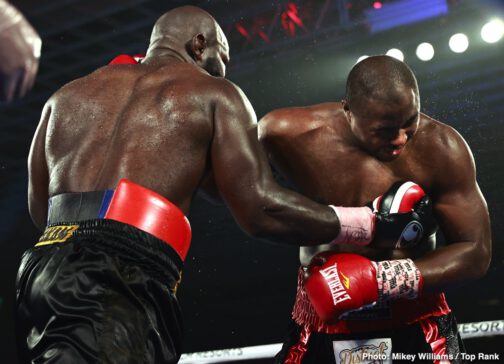 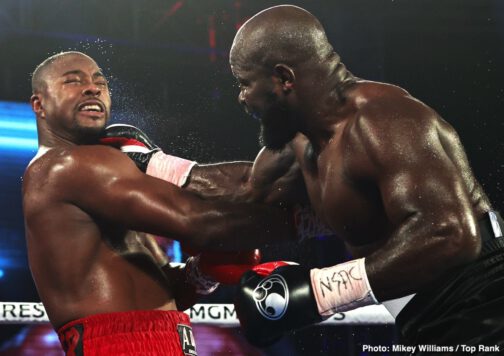 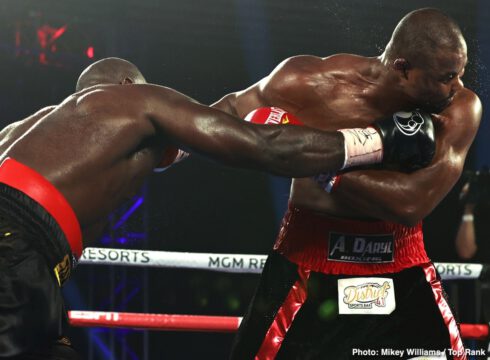 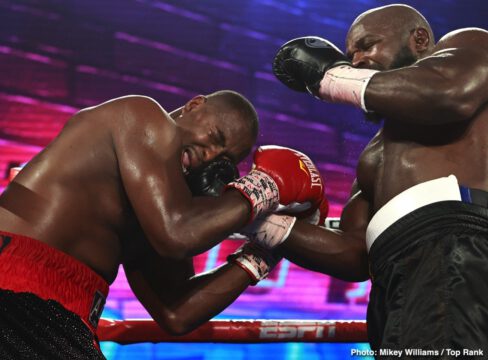 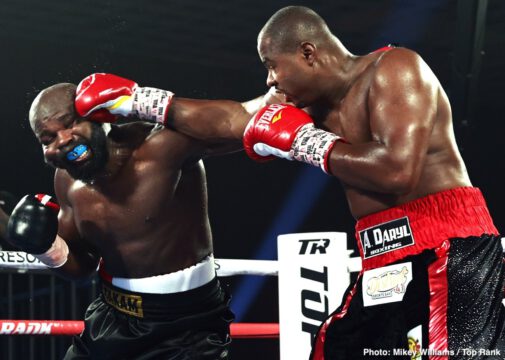 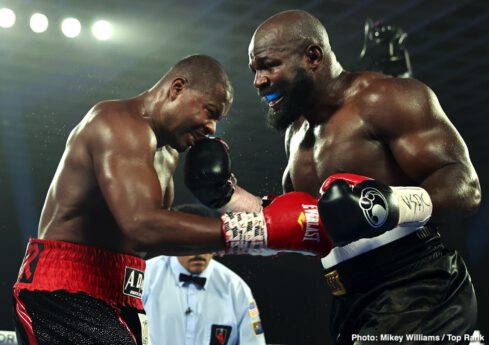 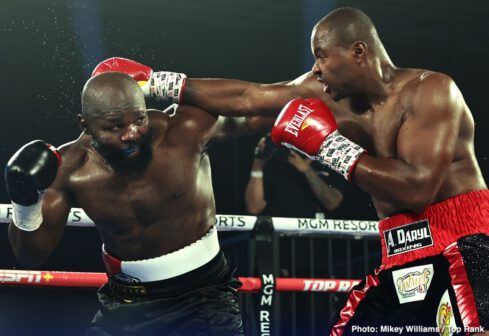 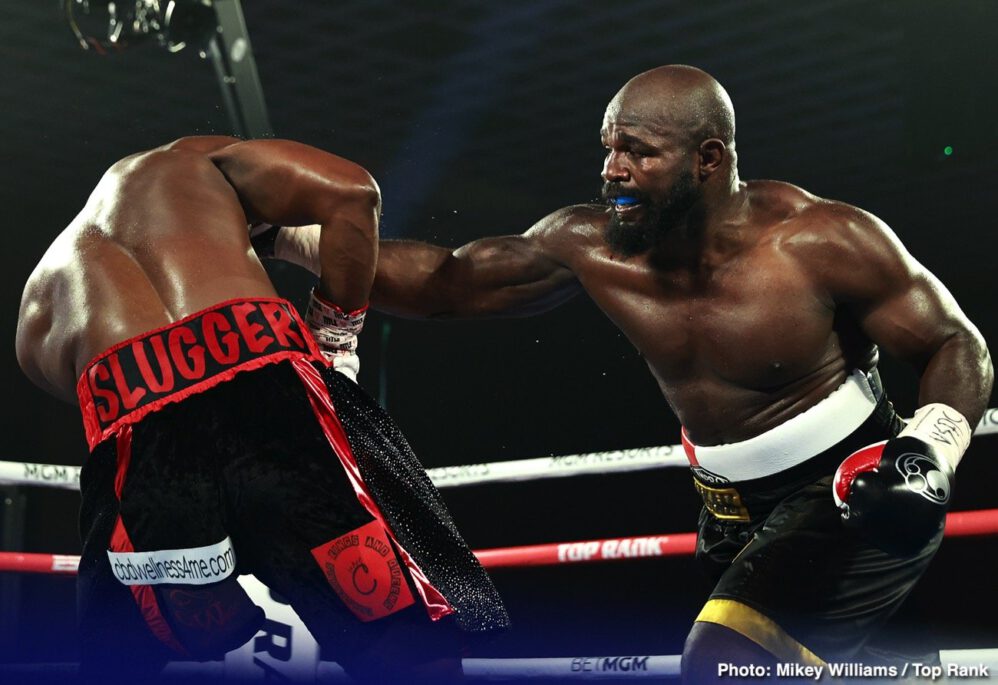 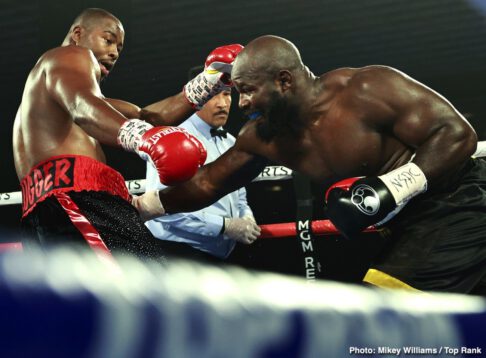 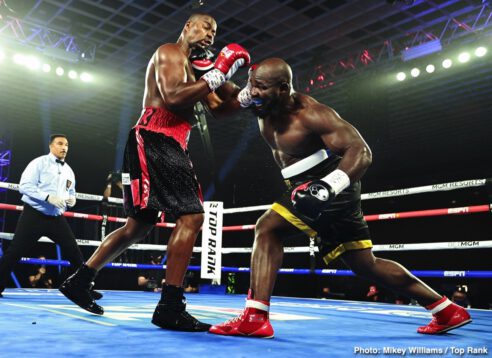 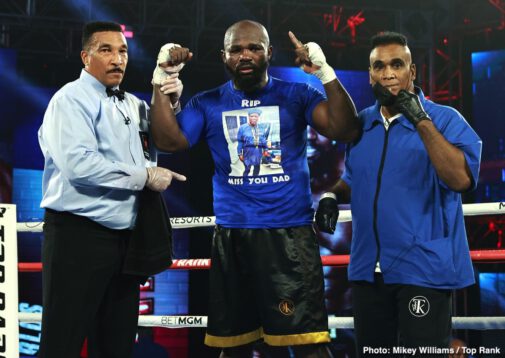 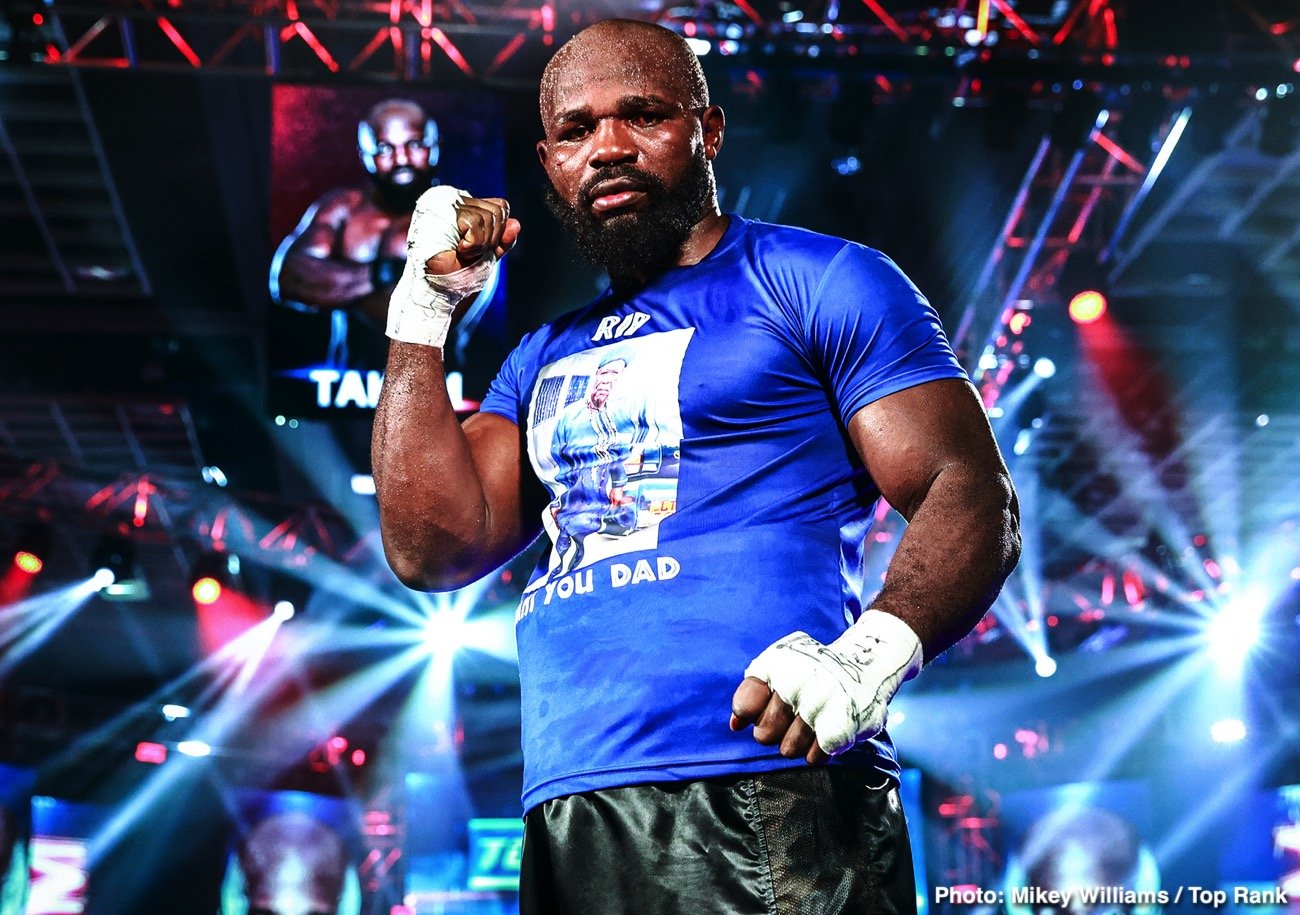