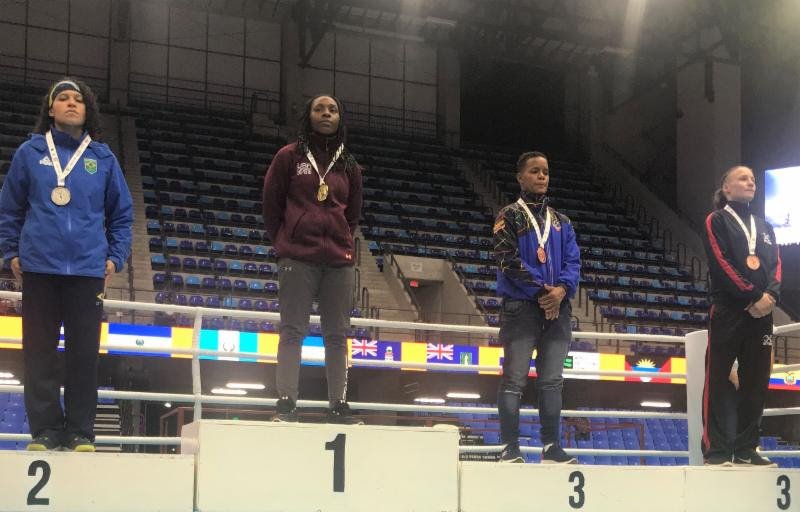 Revenge was sweet for USA Boxing’s No. 1 rated female lightweight Rashida Ellis, now a 7-time national champion who has her sights firmly set on the 2020 Olympic Games in Japan.

Last month, Ellis took top honors at the Pan American Qualifier in Nicaragua, shutting out her Brazilian rival Beatriz Ferreira, who had beaten Ellis earlier this year at the Strandja Tournament in Sofia, Bulgaria. The two elite lightweights could very well meet again at the Pan American Games, July 27-August 2, in Lima, Peru, as well as at the 2020 Olympics.

“I had an opportunity in our rematch to avenge my loss to her in Bulgaria,” the 23-year-old Ellis said. “I felt I won our first fight. I knew she’d pressure me, and I’d box. She did and I dominated. She’s a great fighter, but I know her weaknesses. I knew how to handle myself.

“I’m very skilled, but tough. I love to box but, if I have to bang, I’m going to bang. I do like to show my skills in the ring. I’ve already qualified for the U.S. Olympic Trials last December in Salt Lake City. I won the gold medal there and was also selected as the Outstanding Female Boxer.”

Rashida played football in elementary and middle school, but she started getting into fights in school. Her father, Ronald Ellis, sent her to the gym with her brothers, Ronald and Rashidi, in her hometown, Lynn, Massachusetts.

“The ball was taken away from me as a punishment,” she explained, “but I loved boxing from the very beginning.”

Ellis would love to be competing in Japan at the 2020 Olympics, but she has to get there first. Her stiffest competition to earn a spot on the 2020 USA Boxing Olympic Team are Amelia Moore and Stacia Suttles. Ellis is 1-1 vs. Moore, 2-0 vs. Suttles.

Rashida is from New England’s first family of amateur boxing, based on the number of siblings who are also National Champions. Her older brothers, Ronald and Rashidi, were 2010 National Golden Gloves and 2013 PAL champions, respectively.

“I wanted to turn pro since I was 18,” Rashida admitted. “My father said I was too young and had plenty of time. I’m going pro right after the Olympics. I’d like to live in Los Angeles because there are a lot of good boxers there and my oldest brother (Ronald) lives there.

“People never really had a chance to watch women box (on television) and often they weren’t good fights. It’s different today with world champions like Claressa Shields, Katie Taylor and Amanda Serrano. They fight like men!”

So does Rashida Ellis and that’s why she’s a rising star in women’s boxing.