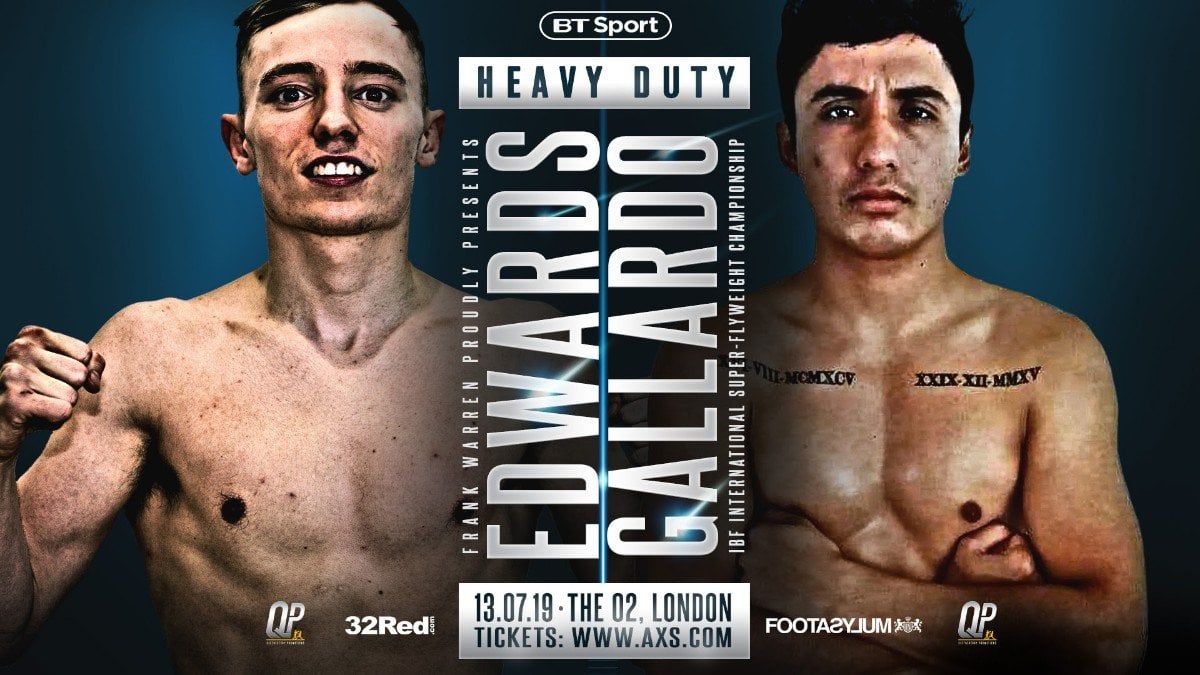 SUNNY EDWARDS WILL bid to add the IBF International super flyweight title to his rapidly growing collection of belts when he fights at The O2, London on July 13.

‘Showtime’ Sunny, 11-0, has already wrapped the WBO European and International title belts around his waist following a hugely impressive run of form and he will come up against the 12-2 Mexican Hiram Gallardo on the ‘Heavy Duty’ card, which is headlined by the British title collision between Daniel Dubois and Nathan Gorman, as well as Joe Joyce taking on former world title challenger Bryant Jennings.

Gallardo, who has not previously fought outside of his native Mexico, is the holder of WBC Youth Silver flyweight title and Edwards has been closely following the form guide.

“I’ve seen one of his fights from when he boxed on a Golden Boy promotion in Mexico where he won, I think from the away corner against Jose Eduardo Nunez, who was 10-0,” reported the 23-year-old.

“He looks not a typical Mexican as he is a bit upright, is maybe 5ft 4″ or 5ft 5” and quite small for the weight, as most of them are. He looks fairly strong and has a good record boxing mainly at super fly, although he has boxed up to super bantam.

“It is another world ranking title and a good one for me to win because they insist on a high level of opponent. I said I want a hard fight because that is what brings the best out in me and that is what I’ve got.

“If I am as good as I think I am, I will get in the ring and beat these opponents,” added Edwards, who went on to reveal his annoyance over his mandated opponent for a British title shot being withdrawn following the purse bid process.

“I am bitterly disappointed that Tommy Frank has withdrawn from a British title against me because I think it is a fight that makes perfect sense in September. They didn’t even want to hear the purse bids because they weren’t interested in the fight.

“The funny thing is that, in an article they put out, they said that Tommy will go down the IBF route for the International title and so on. He must have been turned down by the IBF and because obviously I have been offered it now.

“So they refused to fight me for the British and now I am taking the title they were going after. They pulled out right at the last minute and that is not working in good faith.”