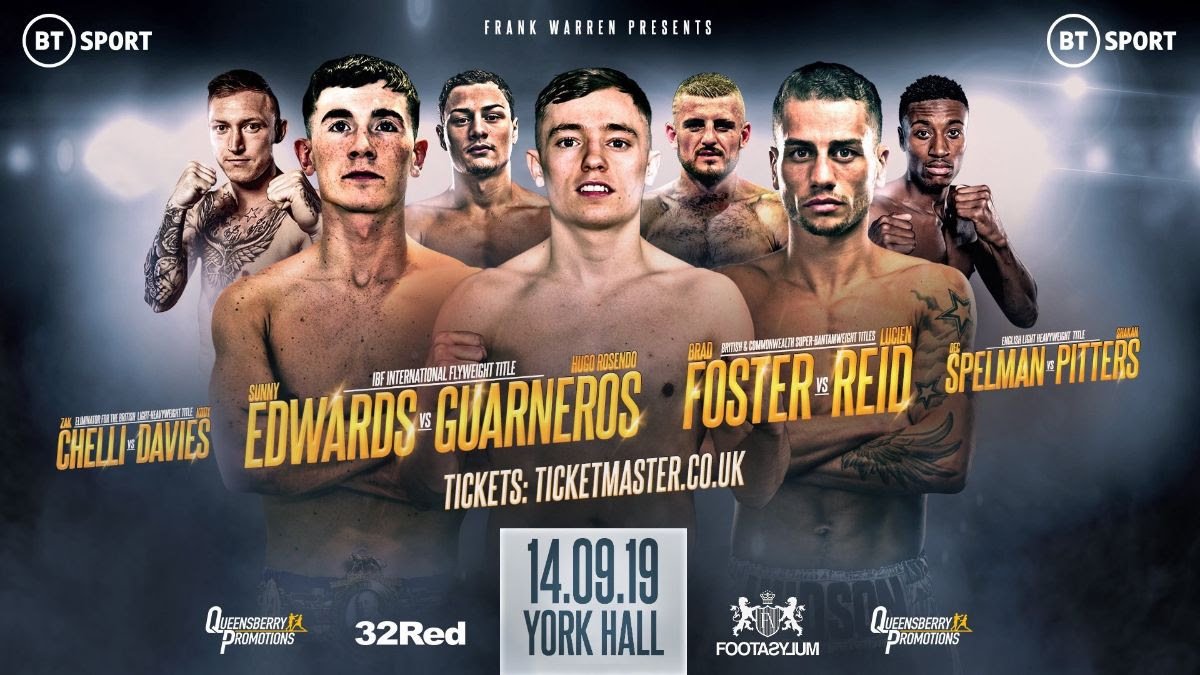 Edwards vs. Guarneros sets the stage for Fury vs. Wallin

Unbeaten @SunnyEdwards keeps his cool as Rosendo Hugo Guarneros gets right in his face ahead of Saturday night clash #EdwardsGuarneros pic.twitter.com/u3ZdPmWIHI

Edwards (12-0, 4 KOs), whose older brother is WBC world flyweight champion Charlie Edwards, is dropping down in weight after winning WBO European, WBO International and IBF International honors at super flyweight. He is 2-0 thus far in 2019, defeating Hiram Gallardo and Pedro Matos in statement-making performances that streamed live on ESPN+.

Guarneros (16-2-2, 8 KOs) will be making his first ring appearance outside of Mexico but is coming off perhaps his most significant win to date, an eight-round unanimous decision over Luis Gerardo Castillo (26-1 at the time).