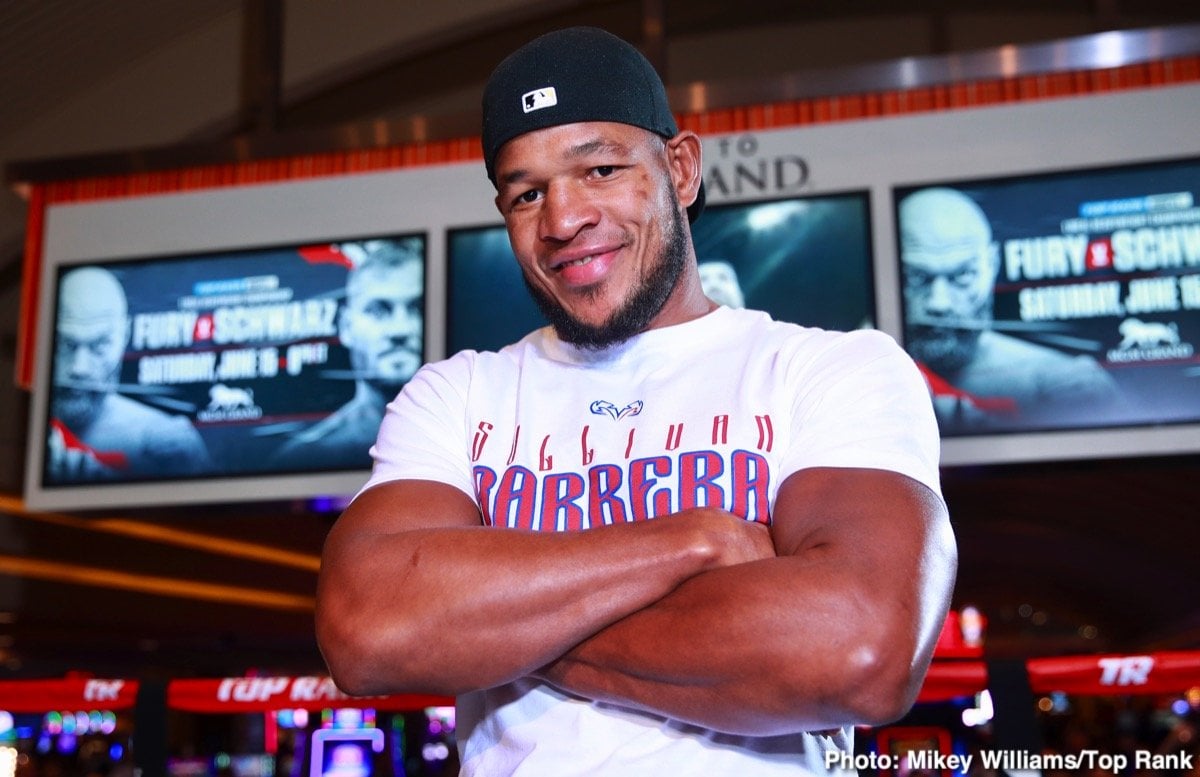 Saturday night was supposed to be make or break for Sullivan Barrera. The former world title challenger was supposed to face Sergey Kovalev on April 25th in a DAZN streamed main event that would have been contested at a catchweight of 180 pounds.

Of course the coronavirus halted all professional sports in the United States from the middle of March through at least the end of April. Despite the uncertainty of when the fight will take place, the 38-year-old light heavyweight continues to train in hopes that the fight is rescheduled for a summer date.

“This fight means everything to me. I have fought the best in the division but this is the biggest fight for me. Bigger than Andre Ward, or (Dmitry) Bivol or Joe Smith. This is a fight that should have happened a long time ago but never happened,” Barrera explained.

Barrera’s wife recently gave birth to Sullivan Jr. which has given his father extra motivation. The former Cuban amateur standout knows he is in the latter stages of his career and wants to end on a high note.

“It is do or die for me. This is a fight I have to win and I know I will win. I hope Kovalev is still training so we can get this rescheduled for as soon as possible,” Barrera stated.

Trainer Derik Santos has been very impressed with the work Barrera has put in despite not having a definite fight date.

“Sully is very focused. He is a professional. He was having a great camp and we are keeping him in sharp and in great shape. This will be the best version of Sullivan that the fans have seen. We have the perfect game plan to defeat the Krusher,” Santos stated.