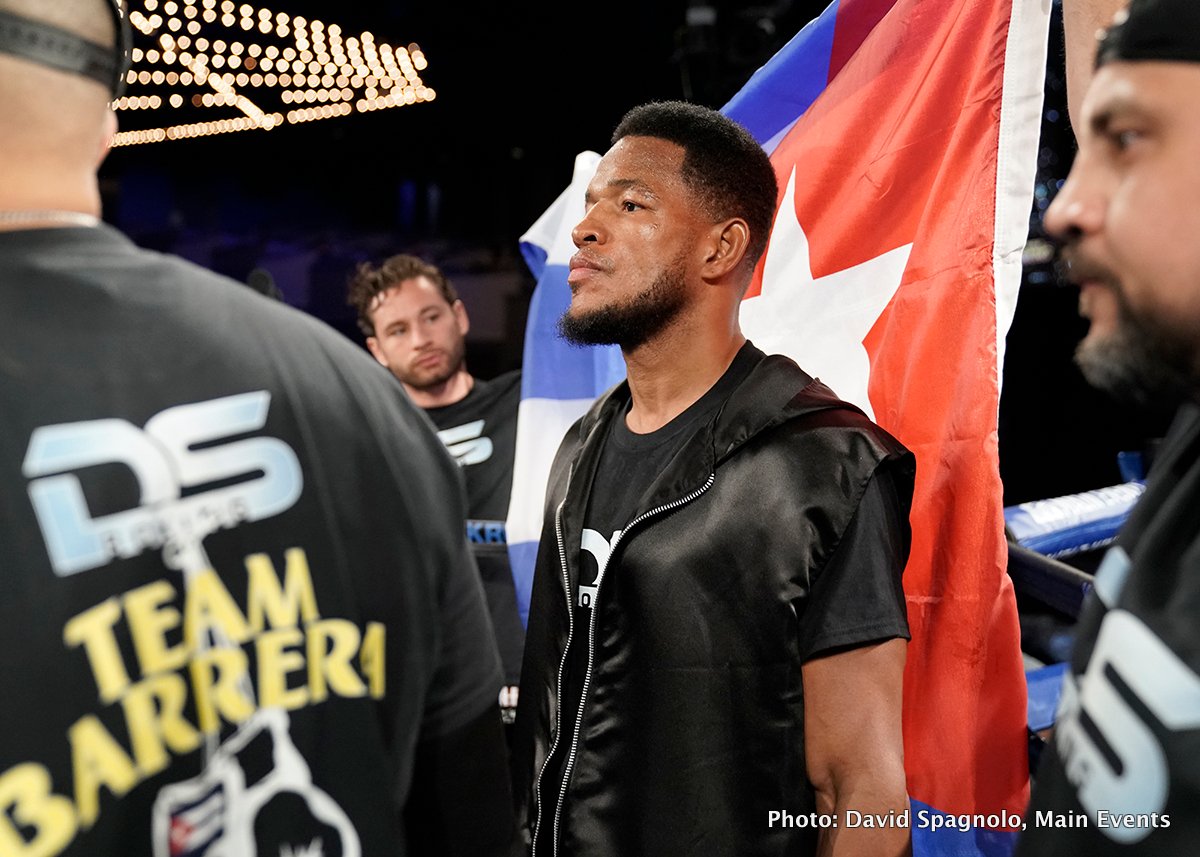 Light heavyweight contender Sullivan “Sully B” Barrera is back in training camp armed with a new fight date and a fresh attitude.

The former Cuban amateur standout admits that not much went right in his March 3rd loss to Dmitry Bivol but chalks it up to an off night and said that it was a learning experience.

Barrera is back with his team but has also added a sports psychologist to his squad in an effort to make sure a repeat of March 3rd doesn’t happen.

“I feel great. I know that was just one bad night. I am not worried about the past and only looking ahead,” Barrera explained.

The plan is for Barrera to return to the ring sometime in the summer on the Sergey Kovalev-Eleider undercard and he hopes to fight the winner next.

“I think the fans know that I always want to fight the best out there. After this fight I want another big fight. My goal is to fight whoever wins between Kovalev and Alvarez,” said Barrera.

“Boxing is like sex. You can be the best lover in the world but sometimes you have an off night. My fiancee knows I am the best even if I don’t perform as well one night. I want to get back in the ring and show the world my best again.”

The 24 year-old enjoyed a highly decorated amateur career in his homeland where he picked up two golds, silver and a bronze in the Polish Senior Citizenships as well as being named youth champion in 2016. Kiwior debuted at Walsall Town Hall last month, recording an impressive shut-out victory over Bulgarian Anatoli Lyubeno.

“I gained a lot of confidence after I won on my debut,” he told bcb-promotions.com. “I was well prepared. I spent much more time than I actually needed in the gym but because of that I was pleased with how I boxed.”

Kiwior is back at the Town Hall on Saturday on BCB Promotions’ ‘Time To Shine’ bill. He faces another Bulgarian, Mario Petrov, and is hoping the large Polish contingent of supporter he mustered for his pro bow are out in force again.

“It was great to have a lot of Polish fans in the crowd,” he added. “When they rally me to fight I felt additional sources of power with every single shout!

“I am looking forward to fighting at the Town Hall again because the boxing fans in the Town are amazing.

“I’ve trained very hard and have done my homework; the opponent is a challenge but again – I’m well prepared.

“I am taking this fight very serious. I worked extremely hardly every single day to give the fans experiences which they cannot predict and prove again that I have heart of a fighter.”

The weigh-in and aftershow party will take place at Grosvenor Casino Walsall, Bentley Mill Drive, Walsall (just off junction 10 of the M6).