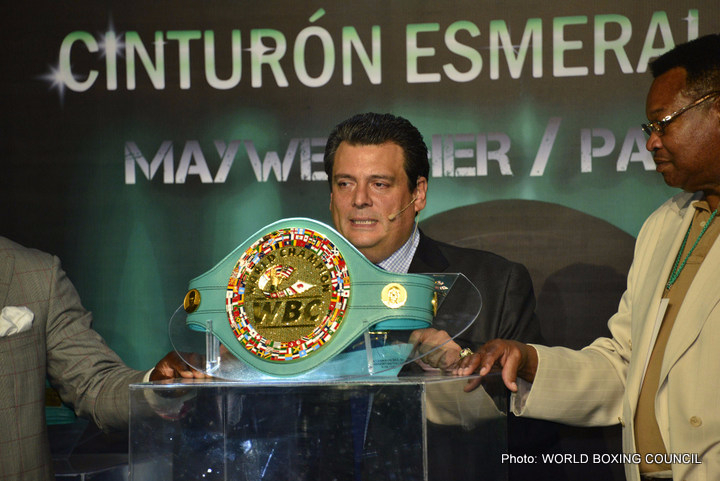 A press conference was held today at Foro Mazaryk in Mexico City to unveil the Emerald Belt that will be presented to the winner of the Floyd Mayweather Jr. vs. Manny Pacquiao fight on May 2nd. Over 200 journalists were in attendance.

WBC President Mauricio Sulaiman said, “The WBC displayed over six generations of championship belts today, and presented the unique Emerald Belt. We are very happy, because everybody in the industry worked together to make this fight happen – the television networks, the promoters, the managers, and especially the boxers. We had at the press conference, together on the same stage, Televisa and Azteca for the first time ever. Both will show the fight in Mexico on May 2nd.”

Mauricio explained that Larry Holmes was chosen to do the formal presentation, “Because he’s one of the greatest champions in the history of boxing. He was heavyweight champion for 7 ½ years, and Larry represents the greatness of the WBC.”

As for Larry jumping in the swimming pool when he won the WBC belt himself, Mauricio grinned. “That’s a memory my father always had. He remembered Larry winning the title at Caesars Palace, and he went straight from the ring to the swimming pool, keeping the belt around his waist.

“This belt has more than 3,000 emeralds, it’s beautiful and it’s absolutely priceless!”

In his presentation speech, Mauricio said that this day had long been a dream of his father, Don Jose, who was very fond of and close to both Floyd and Manny, and that Don Jose’s spirit was here in this historic event. 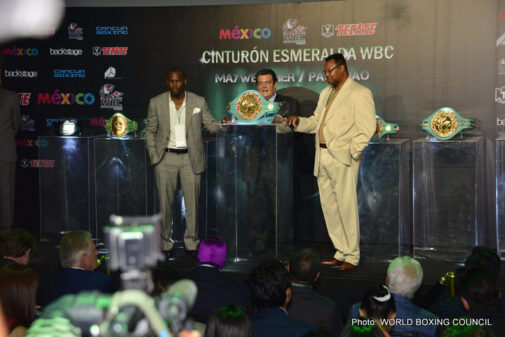 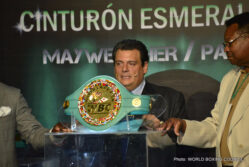 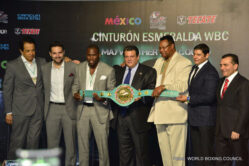 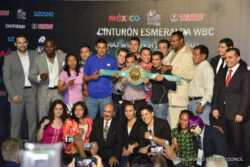 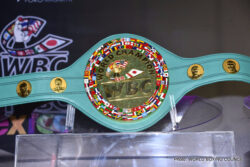 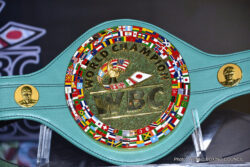