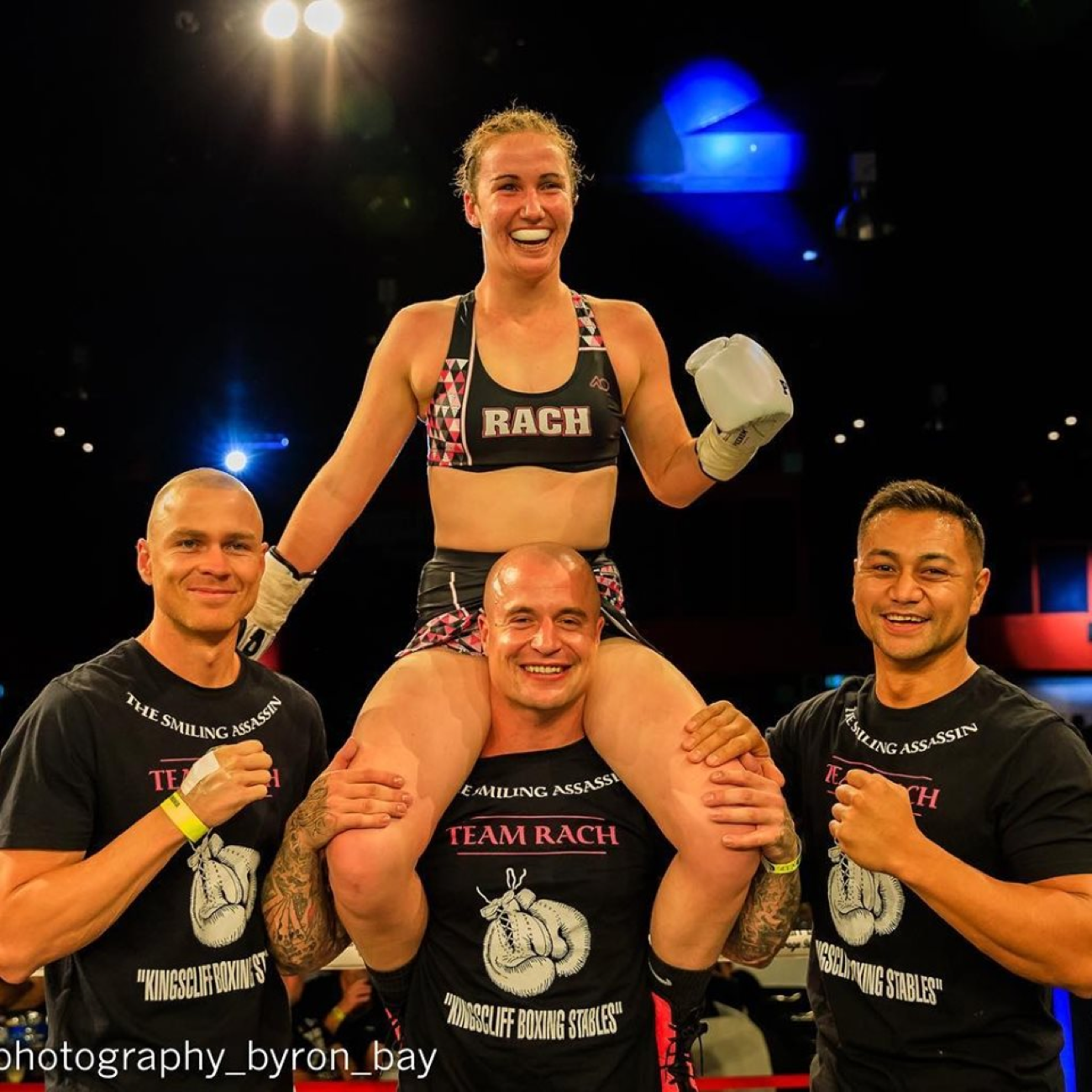 Rachel Loder is looking ahead to bigger challenges as she remains undefeated after emerging victorious in her latest step up which saw her win the Australasian lightweight title.

Loder gave her take on her last outing, “I was happy with the performance but I know I can always get better and alongside the whole team in Tweets Head which includes the Moloney twins and Billel Dib, I know I will continue to improve and I will show that in each and every fight.

“I feel that the fight was an exciting one and that is something that fight fans want to see and I am very grateful to those who come out to support me. Women’s boxing is on the rise because of good fights, and I want to follow in the footsteps of the likes of Katie Taylor and have memorable fights people won’t forget.”

The world of women’s boxing is moving to the forefront of talking points within world boxing as a whole with fighters like Katie Taylor amongst others being discussed on a daily basis. Loder discusses her ideals for moving forward within the lightweight ranks and the women’s paid code as a whole.

She said, “Women’s boxing is going from strength to strength and it’s a beautiful thing to be a part of that. I believe I have a massive future as I’m still young and still improving at a rapid rate so I’m very excited about what the future holds.

“I’m very lucky to have won two titles in my first pro fight, but I know I have many more titles in me. I want to follow in the footsteps of the likes of Katie Taylor and become a world champion and I fully believe that the team I have can make that a possibility, it is down to me to make that happen and I will.”

Women’s boxing is on the rise on a global scene currently. It has to be argued that it’s currently the best time to be a professional women’s boxer in the entire history of boxing. Fighters like Katie Taylor are making massive purses and drawing huge viewing figures. Women’s professional boxing is most definitely on the rise.

One woman who is looking to take advantage of that is Australian Rachel Loder, who has transitioned from the amateur ranks with flying colours, picking up four wins from her first four contests, with three coming inside the scheduled distance.

Loder takes a step up in class in her next outing, as she squares off for the Australasian Lightweight title on home soil in Tweets Head, NSW, a place that rising Australian stars the Moloney brothers have made somewhat of a fortress in recent years.

The New South Wales native opened up about her amateur career and previewed her Australasian title showdown. She said, “Firstly thank you to my manager Tony Tolj for getting me the opportunity to box for a title in just my fifth professional fight and also in front of my hometown supporters. That in itself is a dream come true and something I am so grateful for.

“As an amateur, I boxed everyone I could. I had around 40 amateur fights and I went everywhere to fight and really looked to get the experience fighting all over the place. I really do love boxing and being able to fight and also be around people such as the Moloney’s, Billel Dib and these top fighters every day is a dream in itself.”

Loder doesn’t just have ambitions in the world of boxing, but also in the world of education as she continues hers alongside her professional career. The likeable Aussie discussed her careers in the ring and away from the ring.

She said, “In boxing obviously my ambition is to become a world champion. I am only young and I believe I have an amazing team around me that can really push me as far as I can go and they will get the most out of me as a fighter,

“I’m also training to be a teacher and I’m currently studying for that now. I love helping others and giving back, and being a teacher is a great way to do that. I want to help people in life in a positive way and that’s why I decided to become a teacher as well as a professional boxer.”Rachel-Loder.jpg