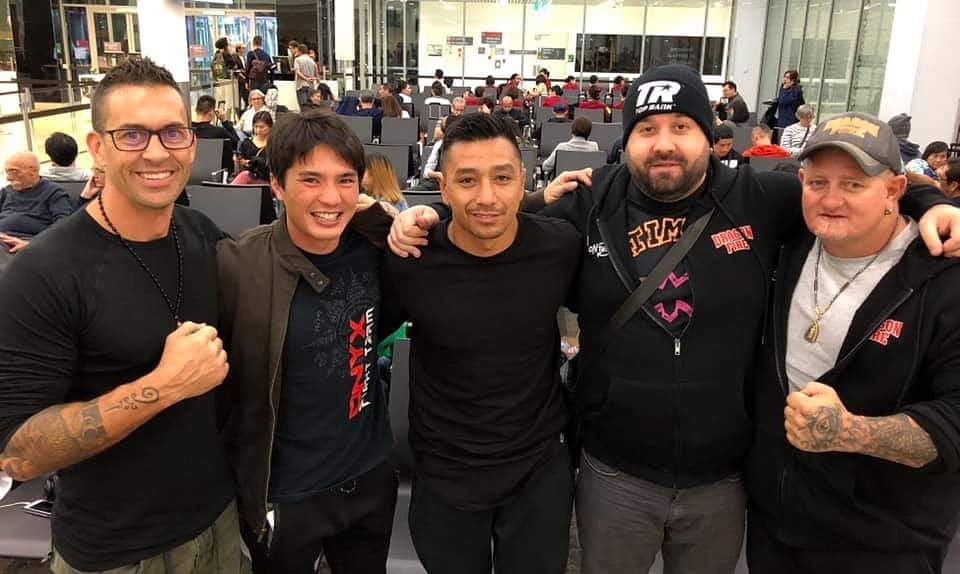 Perth’s undefeated Welterweight standout Steve Gago is ready to top the bill at the coveted IBF convention in Macau, contesting the IBF’s Pan-Pacific title as he looks towards breaking onto the world scene in quick fashion.

Gago, who has an unblemished professional record so far as a professional, opened up at the opportunity given to him to box at the prestigious IBF convention.

He said, “Firstly thank you to my manager Tony Tolj at Dragon Fire Boxing for making this amazing opportunity a reality for me.

“As a boxer, you always want to be recognised by the governing bodies, so fighting at a convention is the ultimate. I can’t wait to put on a show for the IBF representatives and hopefully showcase my skills well enough, win the fight and emerge with a high world rating following it.”

Gago will contest the Pan-Pacific regions title at the Macau convention this coming weekend, and the Perth native opened up about his preparations prior to his big opportunity.

Gago said, “Training has gone perfectly for this fight. I am always in the gym, sparring up and coming talent like Jackson England who is going to be a champion going forward, and experienced former world champions like Lucas Browne. I couldn’t ask for more training wise and that is showing in my performances.”

Every fighter works towards being the best in their country, and then the best in the world. Gago is no exception, as, under the guidance of Dragon Fire Boxing, he has plotted a way to the pinnacle of the sport.

Gago elaborated, “I want to be recognised as the best fighter in my weight class in Australia, which means everything to me. I have an experienced Filipino opponent in the opposite corner in Macau, and I know that I will have to be at my best to prove I am the best Welterweight in Australia and the Pan-Pacific region.

“I am not looking past this fight by any means, but my plan is to take on the world starting at the IBF convention in Macau. I will fight anyone and I know that anyone that is put in front of me I will beat and I will beat them in an entertaining fashion.

“I am a no-nonsense fighter. I come to fight, and that is what not just boxing fans but general sports fans want to see the world around. My manager Tony Tolj will deliver me the fights that sports fans will be entertained with and I will continue to work towards becoming a world champion starting in Macau this weekend.”

Northern Nevadans JJ Mariano and Diego Elizondo are scheduled to fight on the June 8th world-championship boxing card at the Reno-Sparks Convention Center. The event is presented by Top Rank Inc., Let’s Get It On Promotions, and the Atlantis Casino Resort Spa. The evening’s feature attraction matches World Champion Oscar Valdez (25-0, 20 KOs) against Jason Sanchez (14-0, 7 KOs) for the WBO Featherweight World Title.

Making his highly anticipated pro debut, Reno’s own JJ Mariano will be fighting William Flenoy of Fresno in a four-round jr. welterweight bout. Mariano, who has been exciting local boxing fans by fighting for University of Nevada Reno’s boxing program, is ready to throw his hat into the prize ring.

“I’ve been looking forward to fighting professionally for about a year now.” Says Mariano. “Being able to have your first pro fight in your hometown is something special.”

In a battle of undefeated prospects, Carson City lightweight Diego Elizondo (2-0-1) will be fighting Sacramento’s Sergio Vega (2-0) in a four-round match. After a layoff, Elizondo is eager to get back into the squared-circle.

“I have bigger plans in boxing.” Says Elizondo. “A win over Vega will be a step in the right direction.”

Valdez-Sanchez and the 10-round co-feature will be televised live on ESPN and ESPN Deportes at 10 p.m. ET/7 p.m. PT. Undercard bouts will stream live on ESPN+, the leading multi-sport streaming service, beginning at 6:30 p.m. ET/3:30 p.m. PT.

Fight card and event details are subject to change.

Tickets for this world championship event priced at $103, $68 and $43 are on sale now and can be purchased via Ticketmaster.com or in person at the Atlantis Casino Resort Spa gift shop.