After enduring an agonising annum on the sidelines, Brixton cruiser bruiser Isaac Chamberlain returns to duty on Friday 10th September at the Coventry Skydome Arena, live and free on Channel 5, armed with a new power tool in his already expansive kit box.

The 27-year-old former Southern Area champion has been recuperating from surgery to enhance his right shoulder which had severely restricted both the range and wrecking capacity of his rear hand. No more! 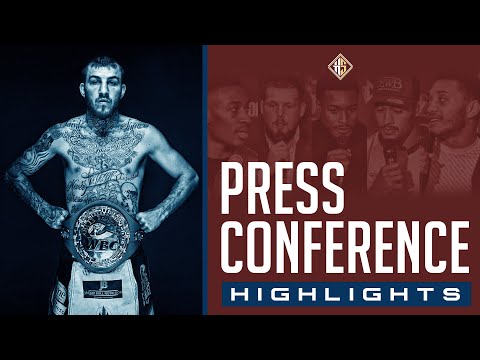 ‘There’s a new weapon in the arsenal,’ says the affable, inspirational ‘IC’ who has effectively operated as a one-armed bandit for the past five years.

‘Truthfully, I’ve not been able to throw my right hand properly since the Wadi Camacho war (wpts 10, September 2016) but the surgery last November has plugged a gap. Once I fully sort out the accuracy and timing, it’s going to be lethal!’

Though my Cuban coach (Rasel Hechadarria) had to temporarily stand down due to some issues, I’ve been working with Bobby Mills and Dan Fitzgerald, a protégé of Freddie Roach, at Brixton Recreation Centre. Like a casino, our gym has no clocks, so you can just focus solely about your business. Expect some seriously explosive punching.’

Despite the impediment, the eldest of seven from a single parent family raised in one of south London’s least celebrated post codes has made stellar progress since entering the profession with nominal amateur schooling in January 2015. Only Hackney’s recently coronated WBO Champion Lawrence Okolie has beaten him (pts10 in Feb 2018) in his 13 outings to date (six stoppage wins).

‘We’ve had beef but we’re two boys from underprivileged backgrounds so I’ve nothing but respect for him. It could be another massive fight in the future. First time we were both very young, very inexperienced, fighting before 12,000. The pressure and occasion got to us both and it was a crap fight. But if I didn’t go through it. I’d not be the person and athlete I am today.’

With his good friend Richard Riakporhe (British), Chris Billam-Smith (Commonwealth) and Tommy McCarthy in possession of the key belts on this continent and – unlike Chamberlain – all currently world ranked, plus talents as mighty as Deion Jumah, Jack Massey and Mikael Lawal jostling beneath, the domestic 200lb class has seldom seemed stronger. Nevertheless, ‘IC’ wisely appears intent on navigating around them, rather than barging through them.

‘Mick (Hennessy, manager-promoter) has it all planned out for me. He’s one of the very best in boxing. I’ve full trust in him guiding my career. I’m just a pitbull on a leash!’ says 6ft 2in Chamberlain.

‘I’ve no need to call people out because I’ve great supporters who’ll turn up no matter who I fight. Besides, I don’t want to give any of the others energy by calling their names!

‘But I believe my resolve in and out of the ring will eventually see me rise above the others. I won’t stop because of everything I’ve been through. I adapt in training, in organisation, and in lifestyle. No crap food. Then, come those hard 11th and 12th rounds, I’ll storm through. When trainers warn their fighters: ‘There’s someone out there putting it in, if you’re not.’ That someone is me!’

‘‘The green WBC belt has always been my childhood dream and I prepare like I’m a world champion already. Mick’s the master of manoeuvre. Before my surgery, he had a WBC belt lined up for me; International, Silver, interim, something like that.

‘My target is (WBC king) Ilunga Makabu. That fight makes most sense. We both have heritage in the Congo and already people talk about us over there. It’s very exciting, another potential ‘Rumble in the Jungle’. It’ll happen whenever God thinks it’s right.’

‘It certainly wouldn’t be easy. Every champion is strong in their own way from the route they’ve had to take but I’d be confident.’

Surgery coupled with Covid 19 have combined to make it the most frustrating of years for the slick and speedy Brixton boy but, now 27, he knows the time is right to transform his major talent into major titles.

He says: ‘Everything has been on standstill but I’m not the only person going through it. There’s people in wheelchairs or with incurable diseases so how can I complain? I’ve just been working on my graft and craft. I know it will pay off. Results will come.

‘Mick has three more shows this year and I intend to be on all of them. By early next year, I’ll be battle-hardened, shoulder fully tested.’

The man who routinely spars with the planet’s elite heavyweights – such as Joshua, Whyte, Wilder and Usyk – returns in a six rounder on Hennessy’s blockbuster show at Coventry’s Skydome Arena and back to 100% capacity is keen as Colman’s to deliver a show stealing performance.

He concludes: ‘I’ve no idea of the opponent yet but fans can expect to see world class. Isaac’s back. Maybe some classy boxing but, once I see his legs twitch, there’ll be an assassination. No emotion!’

Tickets are available to purchase now from only £40* from the Coventry Skydome Arena website https://iceaccount.co.uk/championship-boxing