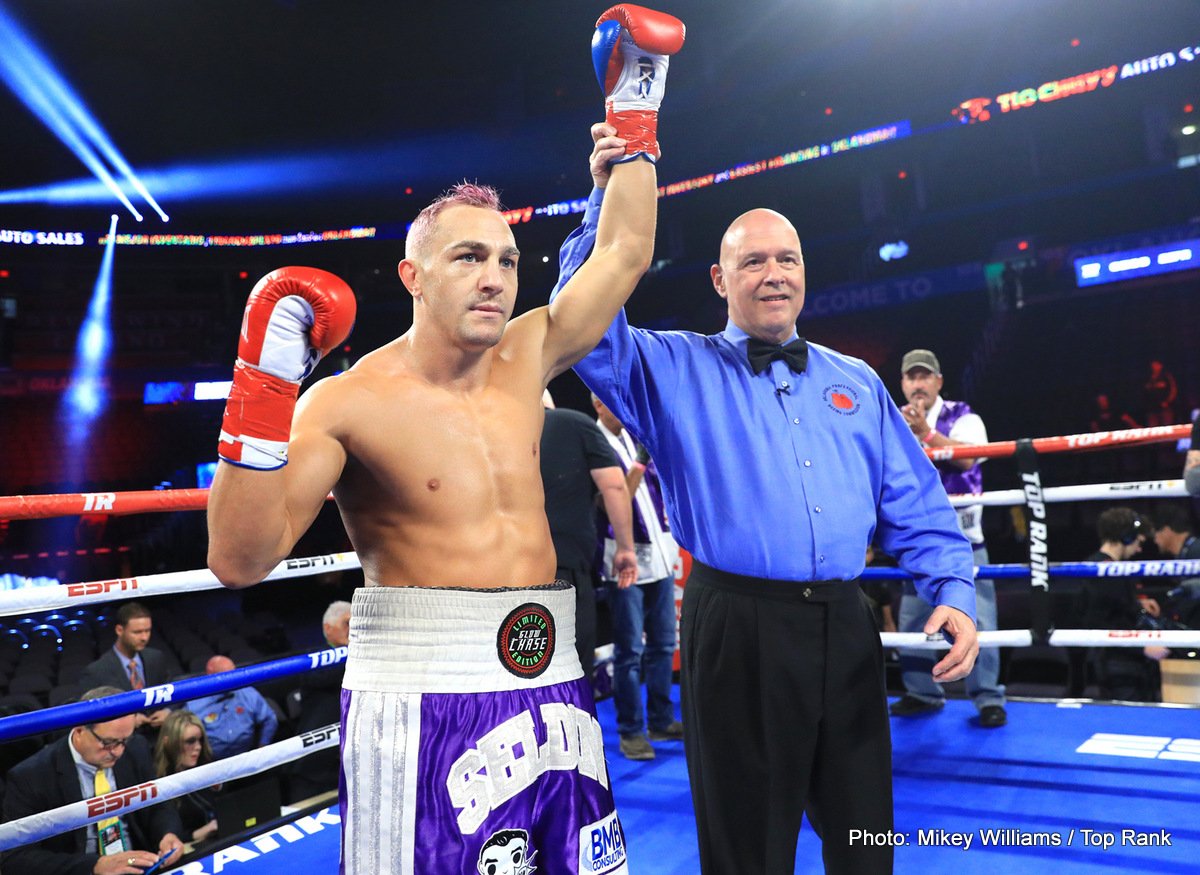 JOE DEGUARDIA and STAR BOXING continued its excellence in 2019, developing and signing top talent, creating opportunities for its established stars, and pushing the boundaries of boxing by working with anyone willing to give the fans the fights they desire.

A terrific 2019 saw Star Boxing stretch across the globe from France and Ireland back to the United States to venues in New York, Los Angeles, Las Vegas, and all over New England. Star Boxing fighters were featured around the globe on many networks in 2019, including, ESPN, ESPN+, DAZN, NESN, FITE.TV and FIGHTNIGHT LIVE. Over 20 promoted and co-promoted shows capped off a busy year for the Connecticut and New York Hall of Fame promoter Joe DeGuardia and his exciting stable of fighters.

In January, Star Boxing stablemates, former WBO World Champion, CHRIS ALGIERI (24-3 9KO’S) and, DANNY “EL GALLO” GONZALEZ (19-2-1 7KO’s) went to battle on DAZN from the Hulu Theatre at Madison Square Garden, where Algieri earned the WBO International Super Lightweight Title in a fantastic scrap. In June, Algieri would go on to stop TOMMY COYLE (25-4 12KO’S) at Madison Square Garden, defending his WBO title, setting himself up for a world title challenge in 2020.

The “Common Man,” JOE “THE BEAST” SMITH JR. (24-3 20KO’s), got his first crack at a world title against the undefeated Russian technician, DIMITRY BIVOL (15-0 11KO’s), taking the champion 12-rounds, falling short by a tough decision. Looking to bounce back, Smith Jr. will make his 2020 debut on January 11, at the Hard Rock in Atlantic City in the main event on ESPN against JESSE “HOLLYWOOD” HART (26-2 21KO’s), in a bout that is sure to set off fireworks.

Star Boxing made a heavyweight sized splash in August, signing heavyweight world title contender, CARLOS TAKAM (37-5-1 28KO’s), and just a month later, brought the former WBC International Champion to the USA for the first time, as he headlined “Catskills Clash II” at Resorts World Catskills. After a dominating unanimous decision win, Takam has his eyes locked on a busy 2020 with a world heavyweight title in the near future.

Sergey Lipinets: "We Never Missed A Beat In Preparation, Even With Opponent Change"

The critically acclaimed “ROCKIN’ FIGHTS” series continued its excellence on Long Island in 2019 with four fantastic shows in February, July, September and November. Each show bringing more energy than the last. “Rockin’ Fights” 35 saw the return of Danny Gonzalez, as he dominated his way to a unanimous decision, earning the WBC FECARBOX super lightweight title. At “Rockin’ Fights” 36, undefeated Elmont product “THE JACKPOT” TYRONE “PRETTY BOY” JAMES (11-0 9KO’s) fought in his first main event at The Paramount, earning a TKO stoppage over Dennis Knifechief. In the co-feature, newly signed Dominican standout JUNIOR “BOMBITA” ALMONTE (13-0 8KO’S) went to war with amateur standout and Michigan native, Ernesto Garza III, in what could have been a fight of the year candidate. Almonte won by unanimous decision and defended the WBC Fecarbox title. Finally, at “Rockin’ Fights” 37, Danny Gonzalez and JOHNNY HERNANDEZ (10-5 1KO) settled bad blood in the main event, in a rematch of their 2018 scrap, with Gonzalez dominating the rematch earning the decision and defending his WBC FECARBOX and ABO Intercontinental titles. In the co-feature, recently signed Italian National Champion, SIMONE “TYSON” FEDERICI (16-2-1 7KO’s) took care of business against STIVENS BUJAJ (17-2-1 11KO’s) winning the WBC Continental America’s Cruiserweight Title, setting himself up for a big-time fight in 2020.

Looking ahead at 2020, Star Boxing anticipates yet another stellar year. Wasting no time kicking off the action, on January 11, Joe Smith Jr. will take on Jesse Hart at the Hard Rock in Atlantic City live on ESPN. In February, Star Boxing returns to The Paramount for “Rockin’ Fights” for another edition of the acclaimed fight series. Purchase your tickets to these events below.