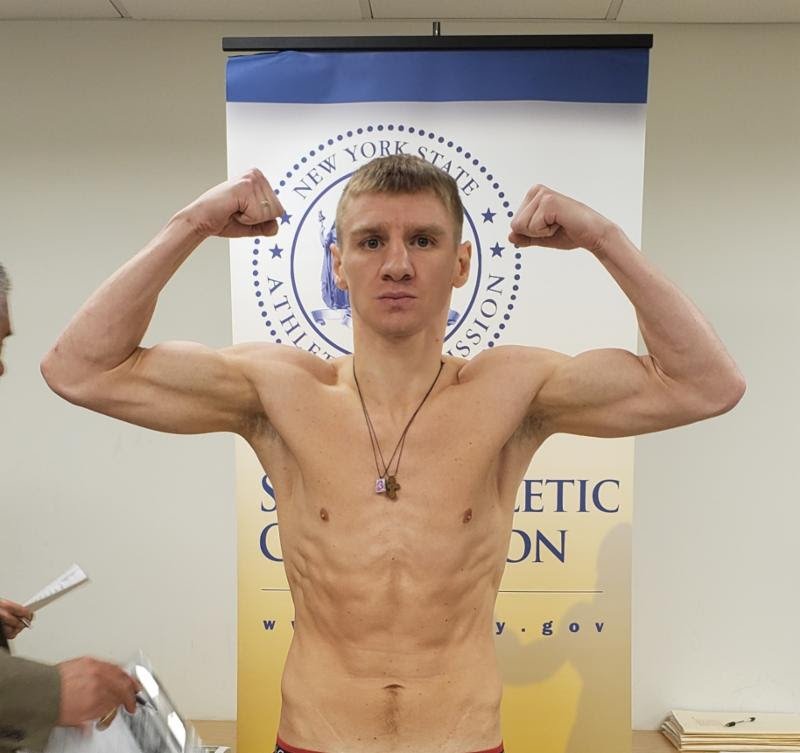 Golub of Brooklyn, New York via Ukraine has won two straight bouts since his lone, yet very controversial loss to Jamontay Clark. The 30 year-old is knocking on the door of big fights as he has wins over Kirk Huff (3-0), Tyson Harrison (2-0), Kendal Mena (20-2), Juan Rodriguez Jr. (12-3), Marlon Aguas (9-0) & James Stevenson (23-2). Golub is coming off a 10-round unanimous decision over veteran Lanardo Tyner on August 18th.

Normatov, 26 was an amateur star from Uzbekistan, has a perfect 7-0 mark with three knockouts. Normatov already has wins over two undefeated foes in his career, and is coming off a 6th round stoppage over Alexis Gaytan on July 21st.

Metcalf of Kansas City has a record of 9-1-1 with two knockouts. The capable Metcalf has wins over Raymond Handson (5-0-1), Jose Louie Lopez (9-2), Marchristopher Adkins (9-2) and his last bout when he drew with undefeated Ethan Cooper on November 17th.

Ceballo 7-0 with three knockouts, is making his 2nd appearance in his native city, and has shown terrific boxing skills in hos early career. He is coming off a six-round unanimous decision over Randy Fuentes on January 27th.

Ceballo is promoted by 360 Promotions.

Flores of Woodbrodge, Virginia is 8-1-2 with four knockouts. Flores scored a big upset when he won a eight-round decision over Armando Pina (16-0) on November 10th.

The fights can be seen live on UFC Fight Pass.