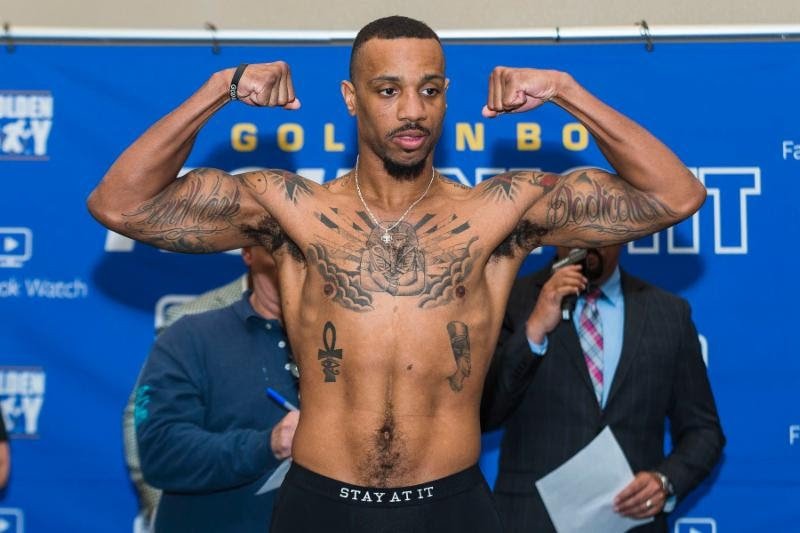 Surging middleweight contender Christopher Pearson is ready for a breakthrough performance against any of the top names at 160 or 168 divisions.

Pearson of Trotwood, Ohio, is managed by Split-T Management, and he recently moved to San Antonio, Texas, has a record of 17-2, and is riding a three-fight winning streak which includes a win over former Olympic Bronze Medal winner and undefeated Yamaguchi Falcao.

Pearson, who trains in Los Angeles under world-championship trainer Manny Robles, has already begun preparations for his next assignment.

“I started training down here in San Antonio at Jesse James Leija’s gym. I just moved down here, and it took a minute to find a gym, but once the gym opened, this is a great place to be. I will go to Los Angeles on July 30th and start with Manny,” said Pearson.

Pearson, who began his career with 13 consecutive victories, feels that he is a stern challenge for anybody at middleweight or super middleweight.

“I am looking to fight the best in those two divisions, and solidify myself as the best in the sport. I feel that that the 2nd half of my career is proving that I am the best.”

The Falcao fight proved that Pearson can fight anyone in those divisions, and despite getting a late call for the fight, he performed at a high-level to come home with the emphatic unanimous decision victory.

“I took that fight on four weeks’ notice. I am not short on confidence, and I know what I am capable of doing.

Recently Pearson had his name mentioned for a showdown with Canelo Alvarez, and he believes that Canelo’s handlers were not too keen in a fight with the 29-year-old Pearson.

“I know that I am one of four or five guys from Golden Boy Promotions that was offered that fight. Out of all of those guys, they must have looked at me as a high-risk, low-reward fight. Fighting me is dangerous. They know me, because I have sparred with him, and he knows what I am capable of.”

“Canelo is a counter-puncher, but he is not better than me in the department. He has more power, but he is not as capable as me. Once we get in the ring, anything can happen..especially at 168 pounds.”

“Another fight that I would like to get is with Jaime Munguia. He is at 160 pounds now. I can outclass him. I don’t see anything special about him. If it takes beating other fighters like David Lemieux or Taureano Johnson to get those fights, then bring them on. Right now I am ready to take on anyone.”