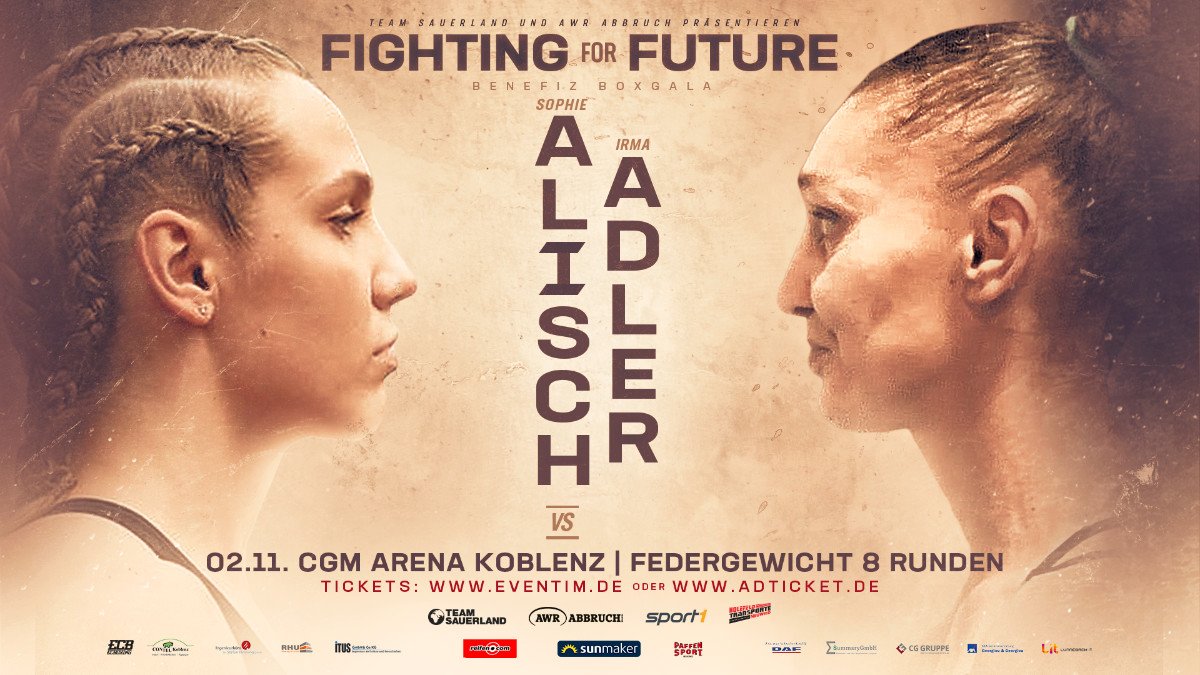 The exciting German star returns to the ring following a dominant points win over Spain’s Vanesa Caballero at the Friedrich-Ebert-Halle in Ludwigshafen in August, and will hope to continue her ascent up the featherweight division with a fifth professional victory.

“I am very pleased to compete against such an experienced opponent and to be in an eight round fight for the first time,” said Alisch. “Irma Adler has already boxed the best in the world and for World Championship belts, but as always I am well prepared and have had a great training camp.

“I made my professional debut at the CGM Arena so I will return to Koblenz with many positive memories, and look to make more!”

Adler, who has twice challenged for WBO World Super Featherweight title against Germany’s Ramona Kühne and Poland’s Ewa Brodnicka, and has shared the ring with a number of world-class fighters including Eva Wahlstrom, Delfine Person and Erica Farias, believes her experience will prove the difference on November 2nd.

“I know Sophie is very young and people are expecting great things from her, but I am much more experienced,” said Adler. “I am expecting a fantastic fight and will give my best to get the victory!”

“Sophie has had an excellent first year as a pro and she’s ready for these bigger tasks,” said promoter Nisse Sauerland. “It is unbelievable that she’s already so dominant at seventeen.

“Having her first fight over eight rounds against an opponent as experienced as Irma Adler will bring Sophie further forward. We think she’s ready for a title fight soon, maybe in 2020.”

‘Fighting For Future’ on November 2nd is a special event that will see ticket revenue and money raised from the evening donated to three charities: Laughing Hearts, a charity that provides support and opportunities to children affected by poverty, Parents’ Initiative for Children with Cancer Koblenz, who provide support to the parents of children suffering from cancer in Koblenz and Education Unlimited, an education charity who encourage diversity and training across Europe.

All the action from the CGM Arena is available to watch live on Sport1 in Germany. Tickets are available online via www.eventim.de, www.adticket.de and www.westticket.de.