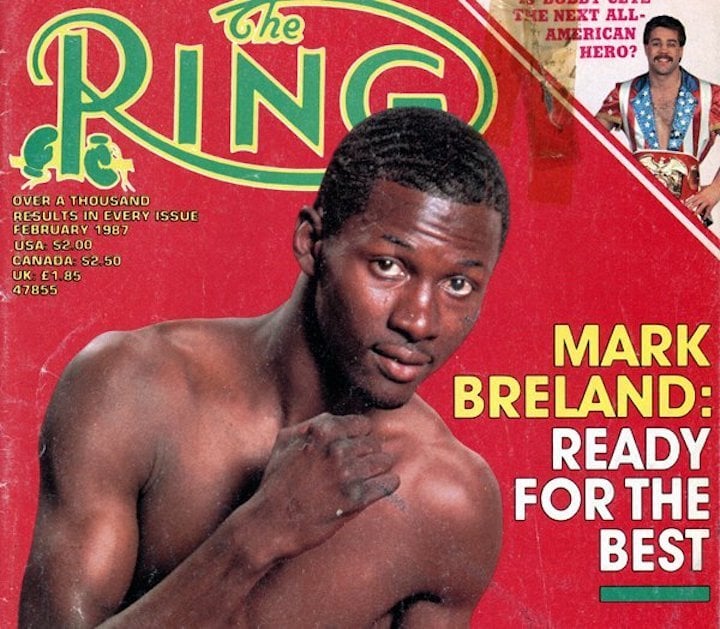 Arguably the greatest American amateur boxer of all-time, Mark Breland will be inducted into the USA Boxing Alumni Association Hall of Fame on Friday night, December 13, during a special Class of 2019 ceremony at the Golden Nugget Hotel & Casino in Lake Charles, Louisiana.

The HOF reception is being held in conjunction with the 2020 U.S. Olympic Team Trials for Boxing and 2019 National Championships, Dec. 7-15, at the Lake Charles Civic Center. The finals of the Olympic Trials will be held Sunday, Dec. 15, at the Golden Nugget Hotel & Casino. Hall of Fame broadcaster Al Bernstein from Showtime Sports will serve as the event’s emcee for the third year in a row.

Sen. John McCain will be posthumously presented a special Lifetime Achievement Award for his tireless work to protect boxers and elevate the sport.

“I’m very happy to be inducted into the USA Boxing Alumni Association Hall of Fame,” Breland said. “It really means a lot, especially going in this year with Foreman and Frazier. I guess it proves I’ve done a lot in boxing. I’m happy to be going in. I had a lot of fun in USA Boxing. To be going into the same Hall of Fame with Evander (Holyfield) (Muhammad) Ali, Foreman, Frazier…champs like that, it’s something for me to be with them.”

Breland, ironically, first got into boxing at the age of eight, due to him being brought to his first boxing match, Frazier-Ali I, at Madison Square Garden. “We were up in the top seats,” the Brooklyn-born and raised Breland remembered like it was yesterday. “The crowd, the atmosphere…all I could think of was, wow! I didn’t realize until I got older that there were so many stars there watching Ali and Frazier, because they were all at ringside.

“The next day I went to a gym. I was really skinny, small, but I came back the next day. I enjoyed working out and fell in love with boxing. I wanted to box in big tournaments. This is what I wanted to do, but I had hid boxing from my parents. They knew I had I played football, but that was okay with them, because unlike in boxing, we had a helmet. I won at the Junior Olympics and it was in the papers. I saw it and thought my mother was going to kill me. My mother asked me why I hadn’t told her, so I invited her to watch me fight in the Golden Gloves. She was in one of the front rows, but afterwards when I asked her what she thought when I knocked out my opponent, she said she didn’t see it because she had closed her eyes.”

Breland went on to become a five-time New York Golden Gloves champion with a 21-0 record, including 19 knockouts, 14 coming in the opening round. In 1982, Breland captured a gold medal at the prestigious World Championships in Munich, Germany, after which he was named the No. 1 welterweight in the world by AIBA. He was also selected as Boxer of the Year (1982) by USAABF.

Breland, who completed his amateur career with an amazing 110-1 (73 KOs) record, appeared to be cooler than the other side of the pillow on a hot, steamy night. No real celebrations after he won gold, to the contrary, Mark was emotionless, the same as he still is today as a trainer of champions.

“I’ve always been really laid back,” he explained. “I just remember raising my hands. At an Olympic press conference, I was asked if I was happy, and I just said I was glad it was over. I guess I didn’t seem excited. I was happy but calm. It’s the same way now (as a trainer); it’s just me. I’m happy to win and happy to be doing what I do.”

“Mark’s dominance over his competition throughout his USA Boxing career cements him as a legend,” commented Chris Cugliari, USA Boxing Alumni Association Executive Director. “His ring intelligence, commitment to his craft, and ability to fight at any pace against any style makes him a tremendous example for today’s group of amateur champions. It has been a long time coming, but the Alumni Association looks forward to reflecting on his accomplishments and honoring Mark in Louisiana.”