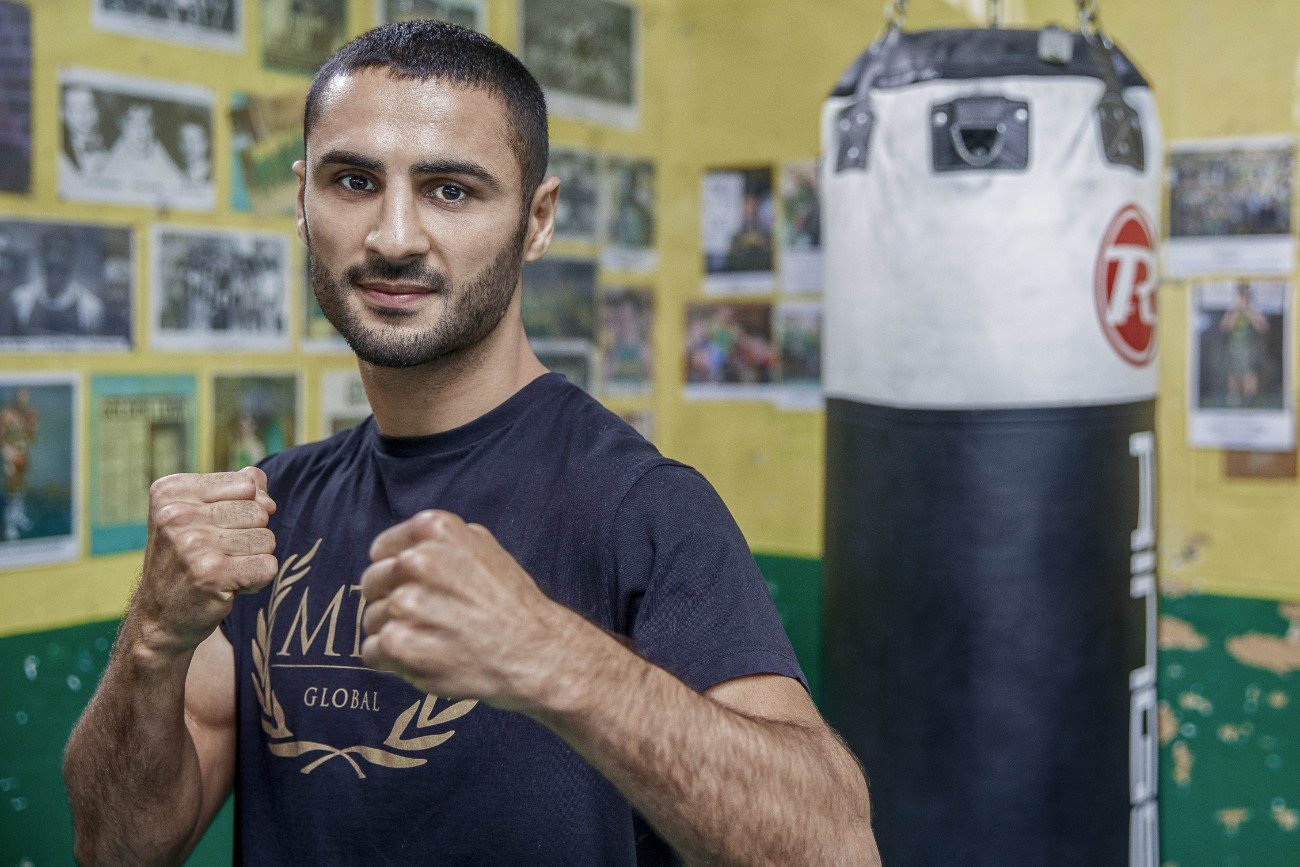 Super-lightweight stars Siar Ozgul and Sean McComb are both known for their extremely entertaining styles – and Ozgul insists it will be more of the same when the two men meet next month.

Ozgul (15-4, 3 KOs) faces unbeaten McComb (10-0, 5 KOs) on a massive #MTKFightNight at the LS-Live in Wakefield on August 12, live in the US on ESPN+ in association with Top Rank and worldwide on IFL TV.

It’s expected to be a superb contest while it lasts, and former Southern Area champion Ozgul is determined to be the one who gets his hand raised.

Ozgul said: “It will be a good comeback fight for me. It should be a great, tough and entertaining battle for the people to see on TV. He is a good fighter, but I am ready to beat him.

“It’s very exciting to be back fighting again, and I want to thank MTK Global and Lee Eaton for putting me on the first MTK boxing event.

“It will be strange with no fans around the ring, and I never thought it could get to this point, but that’s life and we just have to get on with it.

“It was quite a break, but I kept training all the time, and never stopped. After this fight I then hope to get a bigger fight for a belt.”

Sean McComb and Siar Ozgul have already shared plenty of rounds together sparring in the past – and the Belfast boxer is expecting a similar vibe when they go up against each other next month.

Unbeaten McComb (10-0, 5 KOs) goes up against Ozgul (15-4, 3 KOs) on a massive #MTKFightNight at the LS-Live in Wakefield on August 12, live in the US on ESPN+ in association with Top Rank and worldwide on IFL TV.

With the show taking place behind closed doors, McComb thinks it may feel similar to sparring, something that could work in his favour against former Southern Area champion Ozgul due to their previous sessions in the ring.

McComb said: “It’s very exciting to be back in the ring. I thought lockdown was never going to end, and obviously with me losing out on a fight on April 25th because of COVID-19, it means I’ve had a long break now where I’ve been ticking over and working on new things.

“The last fight against Godoy was another step up in class and a big fight on paper. We really worked hard for a number of weeks before that fight, and the performance showed that.

“It’s Siar Ozgul next, and he’s coming down from welterweight and I’m back at super-lightweight after planning to go to lightweight, so it’s like he is two weights above me.

“He’s a very tough fighter and come forward aggressive fighter, but we’ve been working on a good game plan and we’ll be ready to go come fight night.

“It will be very different fighting in front of no fans, but we have to adapt and as boxers that’s what we do. We spar most evenings with barely anybody in the gym, so that’s what it’s going to be like on the night.”

McComb ready to rule at lightweight

Sean McComb knows he has a tricky test against Siar Ozgul next week – but is determined to produce a spectacular performance there to pave the way for his highly-anticipated move into the lightweight division.

Unbeaten McComb (10-0, 5 KOs) goes up against Ozgul (15-4, 3 KOs) on a massive #MTKFightNight at Production Park Studios in Wakefield on August 12, live in the US on ESPN+ in association with Top Rank and worldwide on IFL TV.

It is set to be McComb’s final fight at super-lightweight before dropping to 135lbs, and he hopes to produce some fireworks before targeting big things in his new division.

McComb said: “Ozgul is a well-ranked fighter with a lot of experience. He’s fought big names like Viktor Postol and Anthony Yigit, so I’m very aware it’s a tough fight.

“I’m hoping a win here opens doors and opportunities for me at lightweight, where I can progress on the world stage in the next 12 months. I was due to move down to lightweight in April before the pandemic hit, so that’s been temporarily put on hold and now it’s Siar Ozgul.

“The last few months were tough due to everything going on, but it was time well spent at home with family, friends and my girlfriend. I was grateful for that time at home and now I’m ready to get back to work, back to winning and doing what I do best.

“I restarted camp with a new attitude, game plan and strategy. I’ve been able to work on different things, and I feel I’m coming out the back of this pandemic better than I was before.”

McComb vs. Ozgul is part of a huge show on August 12, which is headlined by Jono Carroll vs. Maxi Hughes and also features Craig MacIntyre going up against Darren Surtees, Sahir Iqbal and Maredudd Thomas clashing for the WBC Youth title, and the return of Pierce O’Leary.