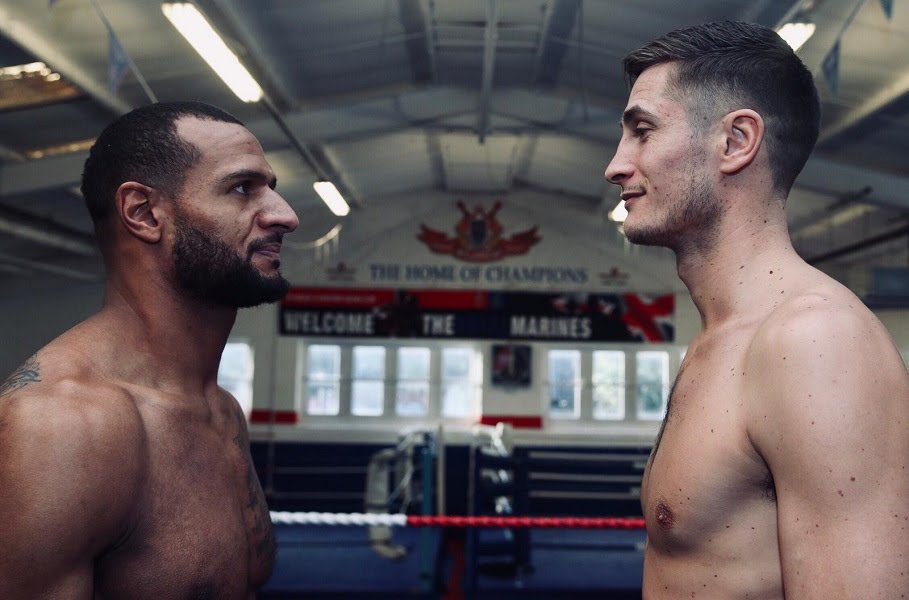 There were some surprise match-ups that have blown things wide open as the #GoldenContract light-heavyweight tournament draw was made today.

The quarter-finals sees Bob Ajisafe and Hosea Burton collide (No Repro Fee)
The groundbreaking competition returns on Saturday as eight of the best light-heavyweight stars from around the world compete at the Brentwood Centre, live on Sky Sports in association with Matchroom Boxing and on ESPN+ in association with Top Rank.

It meant that the draw has seen Philbin pitted with Michel, Ward going up against Bolotniks, Sterling taking on Conroy and Ajisafe facing off with Burton.

Here’s what they all had to say…

Philbin: “I didn’t expect to get a blue ball! I picked Serge Michel as he has the same experience as myself, so I’m happy.”

Michel: “It feels good to have this fight. He has made a wrong pick, I’ll show that on the night.”

Ward: “He’s highly-ranked and a good fighter. It’s a good challenge for the first fight and I’m looking forward to it.”

Bolotniks: “This is a very good fight and I’m happy. I wanted to fight him the most out of everyone and I’m ready for him.”

Sterling: “It’s a good match up. We have an equal amount of experience so I’m excited.”

Conroy: “I’m just buzzing to have been picked as it took the pressure off me not having to choose anyone. I’m ready for anyone.”

Ajisafe: “It’s unexpected to have this fight, but we’ve just got to crack on and get ready.”

Sky Sports’ Andy Clarke: “The fight between Ajisafe and Burton a really interesting fight. They are the two most experienced fighters in the competition and two former British champions.

“They are all good fights and they’re all well matched, so I don’t really see any fight where you could say there may be a surprise result. Ricards and Sergey may not be as well known to UK fans, but they have both got pedigree, so they’re all 50-50 fights.”