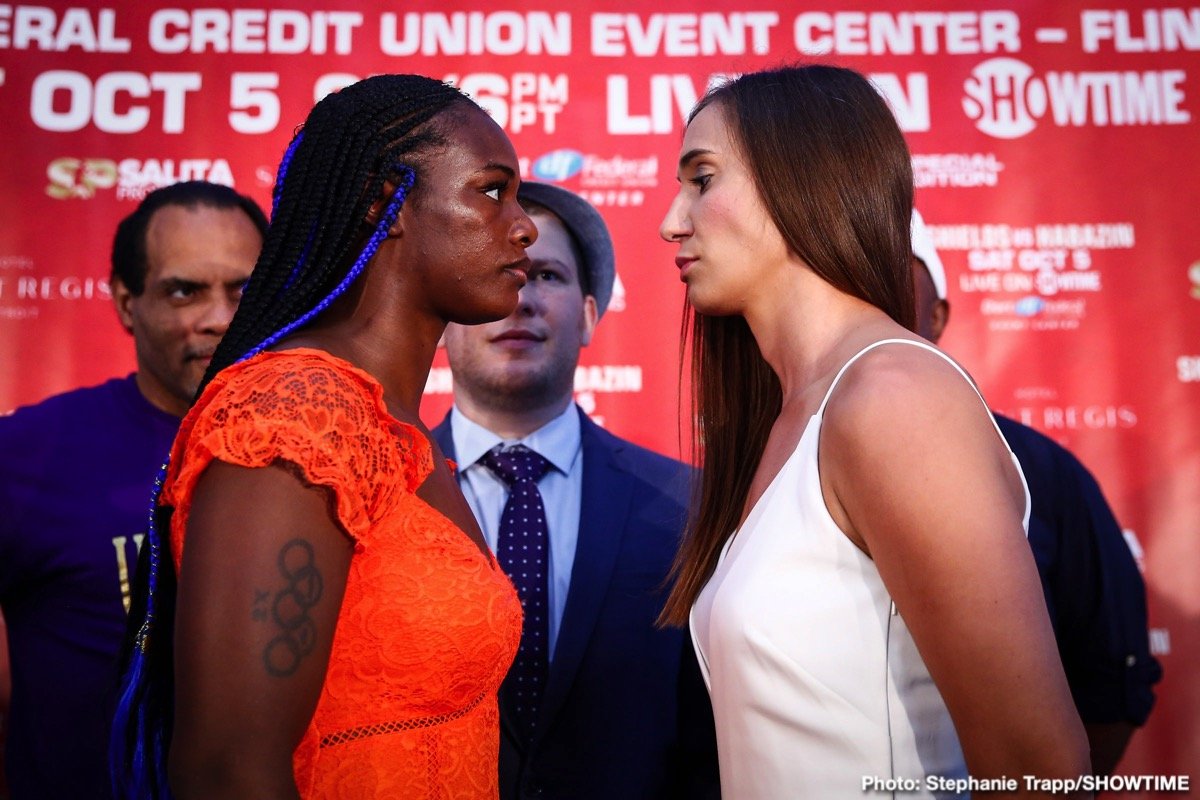 The stakes have been raised even further for this Saturday’s (October 5) “Homecoming for Herstory” showdown between Flint’s own female boxing superstar Claressa Shields and former world champion Ivana Habazin, now that the WBC has also agreed to sanction the bout for their vacant women’s super welterweight championship.

The history-making 10-round fight, in which Shields (9-0, 2 KOs) will be looking to become the fastest fighter in boxing, male or female, to be crowned a three-division world champion by defeating #1-ranked Habazin (20-3, 7 KOs), of Zagreb, Croatia, will now be contested for both the WBO and WBC Championships.

“The WBC is proud and happy to be part of this herstoric event”, said WBC Women’s Championship Chairman Malte Mueller-Michaelis. “Both Shields and Habazin are outstanding athletes so we are looking forward to an exciting bout.”

In her first professional fight in her hometown of Flint, 24-year-old Shields will be looking to make herstory yet again in this highly anticipated battle. She won her first world titles (WBC & IBF Super Middleweight) in her fourth pro fight vs Nikki Adler in August 2017. Shields’ won world championships in her second weight division (WBA & IBF Middleweight) in her sixth pro fight against Hanna Gabriels in June 2018. She then became the women’s undisputed middleweight champion in just her ninth pro fight, a dominant victory over Christina Hammer, in April 2019.

On Saturday, she will go for two more world championships in a third weight division, in just her tenth fight, which will make her not only fastest fighter in history to conquer three divisions, but also the first to do it while going down in weight (168-160-154). The current record holder, fellow two-time Olympic gold medalist Vasiliy Lomachenko (11-1, 9 KOs), won his third world title in his 12th professional bout.

“October 5 will truly be a memorable event and we are delighted that the fight will now be for both the WBC and WBO World Championships,” said Dmitriy Salita. “Claressa is aiming for historic nights every time she gets into the ring and it is exciting that the victor of the fight on Saturday will be a Unified 154-lb World Champion.”

“Winning a world title in a third weight division faster than any man or woman in boxing history is a once in a lifetime opportunity and accomplishment,” said Shields’ Manager Mark Taffet. “I know Claressa will rise to the occasion, and I’m thrilled both the WBC and WBO belts will be on the line.”

WHAT: SHOWTIME Sports has released the latest installment of the digital franchise THE RISE which profiles boxing’s stars as they grind their way to the top. This installment features 24-year-old undisputed middleweight world champion Claressa Shields as she prepares to make history in her sixth headlining appearance on SHOWTIME this Saturday, October 5 (9 p.m. ET/6 p.m. PT).

THE RISE is part of a collection of digital offerings from SHOWTIME Sports that delivers exclusive access to the personalities, training camps and fight nights of boxing’s best fighters and future stars. Other original, digital-exclusive franchises from SHOWTIME Sports include DAY IN CAMP, FIGHT NIGHT, THE APPROACH and RING RESUME, an all-encompassing lineup of content available on SHOWTIME Sports online platforms and tailored specifically for a digital audience.

In part one of the series, viewers are taken back to Shields’ hometown of Flint, Mich. Shields opens up about the struggles of her youth and how she found solace in boxing to overcome seemingly insurmountable trauma. Shields discusses how she went on to win back-to-back Olympic Gold Medals and became the first woman to headline a main event on premium television.

WHERE: THE RISE is created specifically for Snapchat and Instagram TV platforms and designed to reach young audiences with short-form, deep-dive, authentic storytelling. THE RISE: CLARESSA SHIELDS is also available on the SHOWTIME Sports YouTube channel and SHOWTIME Boxing Facebook page.