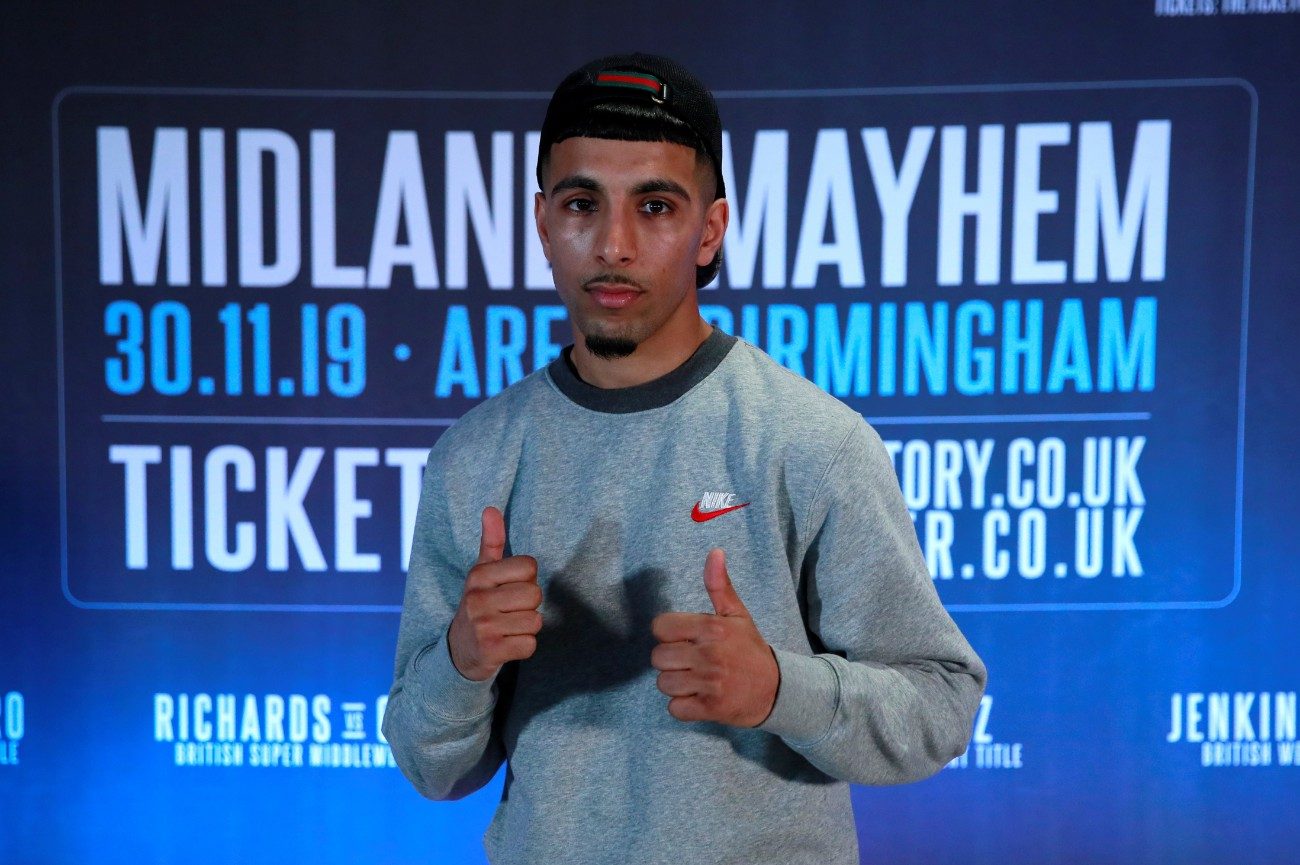 SHABAZ MASOUD IS looking to illuminate Arena, Birmingham when he makes his second appearance under the Frank Warren promotional banner on November 30.

It would be fair to say the flamboyant 23-year-old lit up the FD Arena in Leeds earlier this month when he moved to 6-0 with a comprehensive points victory over the tough Nicaraguan Yesner Talavera.

The fight was a feast of snappy hand speed and flashy footwork as the young man from Stoke, known as ‘The Maverick’ introduced himself to BT Sport viewers in his first televised action.

Commentators and fans liked what they saw and, given his showman-like style, comparisons were naturally made with a certain Mr Naseem Hamed, who just happens to be Masoud’s boxing hero.

It would not be over-egging the pugilistic pudding to say that Masoud was more than satisfied with his night’s work.

“You know what, it was a buzz,” reflected the super bantamweight. “I enjoyed every minute and I was buzzing with the performance as well.

“All I wanted was the exposure and I got that as well as shining under the big lights,” he continued, adding that the experience was over and above what he hoped for and anticipated.

“It was even better! I have always visualized things from a young age and it was picture perfect for me.

“It was just walking to the venue, seeing everything, seeing everyone and the big lights. When I saw Mr Frank Warren sitting down to watch me I thought ‘Yo, I’m going to perform tonight’.

“I wanted to put a little show on for everyone so I did my job.

“Everything is about fun for me. When I get in there, as long as I am having fun I will do a good job. There was a little bit of nerves, not like I am scared, but the type of nerves I get are just over whether I will perform to my full potential – and I did.”

It was a case of great expectations going into the Leeds fight because the prospect of seeing Masoud in the flesh had been given the big build-up by those around him who had witnessed a sneak preview. In the days before fight night there was even something of a mini online campaign pressing for the new boy to be awarded a television slot.

So the young prospect had a lot to lose and much to live up to.

“As you know, diamonds are formed under pressure and the more pressure there is going to be in fights eventually the more I am going to shine,” he explained. “That is how I look at it.

“I’d give myself a strong seven out of 10. I could have gone through the gears more and taken him out, but he was a lot heavier and I think if he was my weight I would have stopped him.

“The thing is, I don’t want to force it and just want to box. As long as I am boxing in there the stoppage will come if it comes. I would enjoy beating someone up for 12 rounds!”

He is, however, aware that the occasional show-stopping finish thrown in for good measure always goes down well with a wider audience.

“It is true, but if I was landing my shots on an actual super bantam he wouldn’t be standing there. Plus when I get into later rounds I feel I get stronger and stronger. When I get up to 12 rounds that is when I will get more and more stoppages.

“Over time I will put a bit more muscle on and I am still growing and still a baby in boxing terms. I’ll keep doing what I’m doing.”

Onwards and upwards to Arena, Birmingham and Masoud predicts something of a Stoke takeover on the night of his seventh professional fight.

“I was buzzing when I found out I was on again and it is Birmingham as well! It is only like half an hour from my house and me and my friends and family actually live in Birmingham too some of the time.

“The tickets are gonna go mad.

“We are going to have a huge Maverick Army and probably the biggest turn-out you will see.”