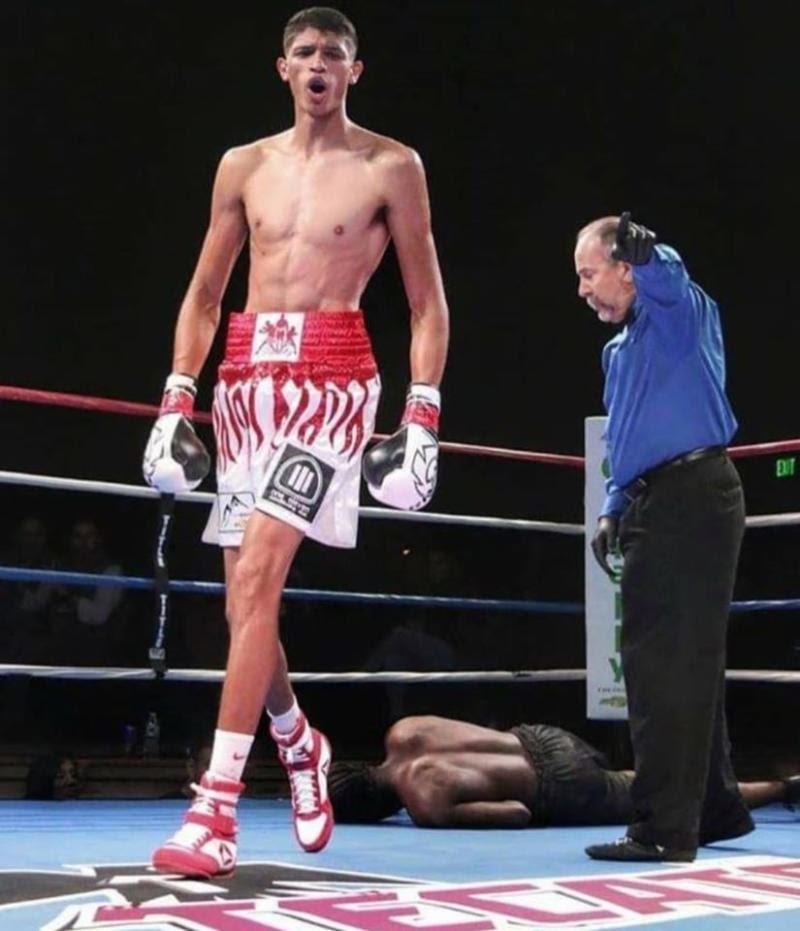 Fundora, the undefeated southpaw (11-0, 7 KOs) has the double distinction of being one of the hottest young fighters in boxing at 154 lbs. and, standing at a mind-blowing 6’ 7”, is also the tallest fighter to ever compete in the division.

“I celebrated with my family Christmas morning, but we got right back to work later that day,” said Fundora of his training through the holidays. “We train hard for everybody, no matter their record.”

Used to often having up to a foot of height advantage over his opponents, Fundora says he’s actually happy that, at over 6’, Marshall is also on the tall side for the division. “I want to give the fans a good fight, but I expect a victory. The fact that he’s over six feet tall makes no difference to me. It’s maybe even easier because I don’t have to bend my knees as much.”

Fundora has only been a professional for just over two years, but has made the most of it by beating undefeated fighters, including Minnesota’s then 9-0 Ve Shawn Owens on national television, as well as several other tough tests.

“It feels good that people are already recognizing my skills and work,” he continued. “Hopefully by the end of this year, I’ll be ready to take on rated guys and fight for titles. That’s my plan.”

“I already have boxing’s youngest super middleweight champion in history, WBC Champion David Benavidez, and soon I will have the tallest junior middleweight champ in history as well,” said a proud Lewkowicz. Sebastian will be impossible to stop at 154. It is only a matter of time.”

In a clash of southpaws, United Kingdom´s Prince Patel will square off with Ronald Ramos from Colombia for the vacant World Boxing Federation (WBF) World Bantamweight title on January 13 in one of the featured bouts of a show in Budapest, Hungary.

26-year-old Patel, 17-0-1 (12), who currently holds the WBO European title, has fought in Hungary nine times previously, so he will be returning to old stomping grounds for what will be the biggest fight of his career to date.

Coming off Budapest-victories over Julias Kisarawe (29-5-1) and John Chuwa (16-1), the brash and colourful Patel will face his most experienced and accomplished foe to date in Ramos, a former WBO world title-challenger who brings a 41-17-4 (20) record.

Patel has by far been the more active of the two in recent years, amassing no less than eleven bouts in 2018, but Ramos holds a clear advantage in experience, making this an interesting encounter of a young contender on his way up, against a veteran going for glory before its too late.