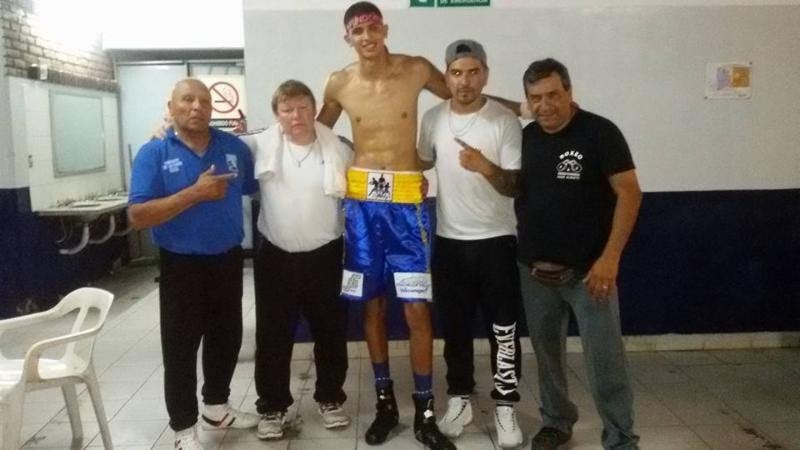 It takes a big man to go into another undefeated fighter’s hometown and take him down, but as the biggest super welterweight in boxing history, Sebastian “The Towering Inferno” Fundora is more than up to the task.

Tickets for the live event, which is, are on sale now and are available by visiting www.ArmoryMN.com.

“I’ve fought in other people’s backyards and I’ve already beaten undefeated fighters too, so I’m used to this,” said Fundora, a confident 20-year-old southpaw from Coachella, California. “I don’t know much about Owens, but it feels great being able to fight tougher opponents. People are now able to view my full capabilities, instead of knocking guys out in the first round and it doesn’t mean as much.”

With a heavyweight’s reach and height, Fundora is massive for a 154-lb fighter… a natural gift he works on in the gym to its full advantage.

“We trained hard and worked a lot on distance and a lot more power and strength for this fight. I’m not just the biggest, I’m also stronger than anybody else. We started training for this in January. After my last fight, in Argentina, I took a week off and then started working on conditioning in Big Bear. It’s been a great camp.”

“He’s for real,” said Lewkowicz. “He’s already beaten some good fighters. How he puts all that size and strength into 154 lbs., I do not know, but Fundora is too big for anyone at this weight. You have to get inside on him and it’s just too far to go because he’s punishing you for every inch you try to take.”

“I’m more than happy with the way things are going,” continued Fundora. “A victory in this fight would be a good stepping stone to hopefully fight for a regional belt next. I will have a lot of opportunities after I win.”