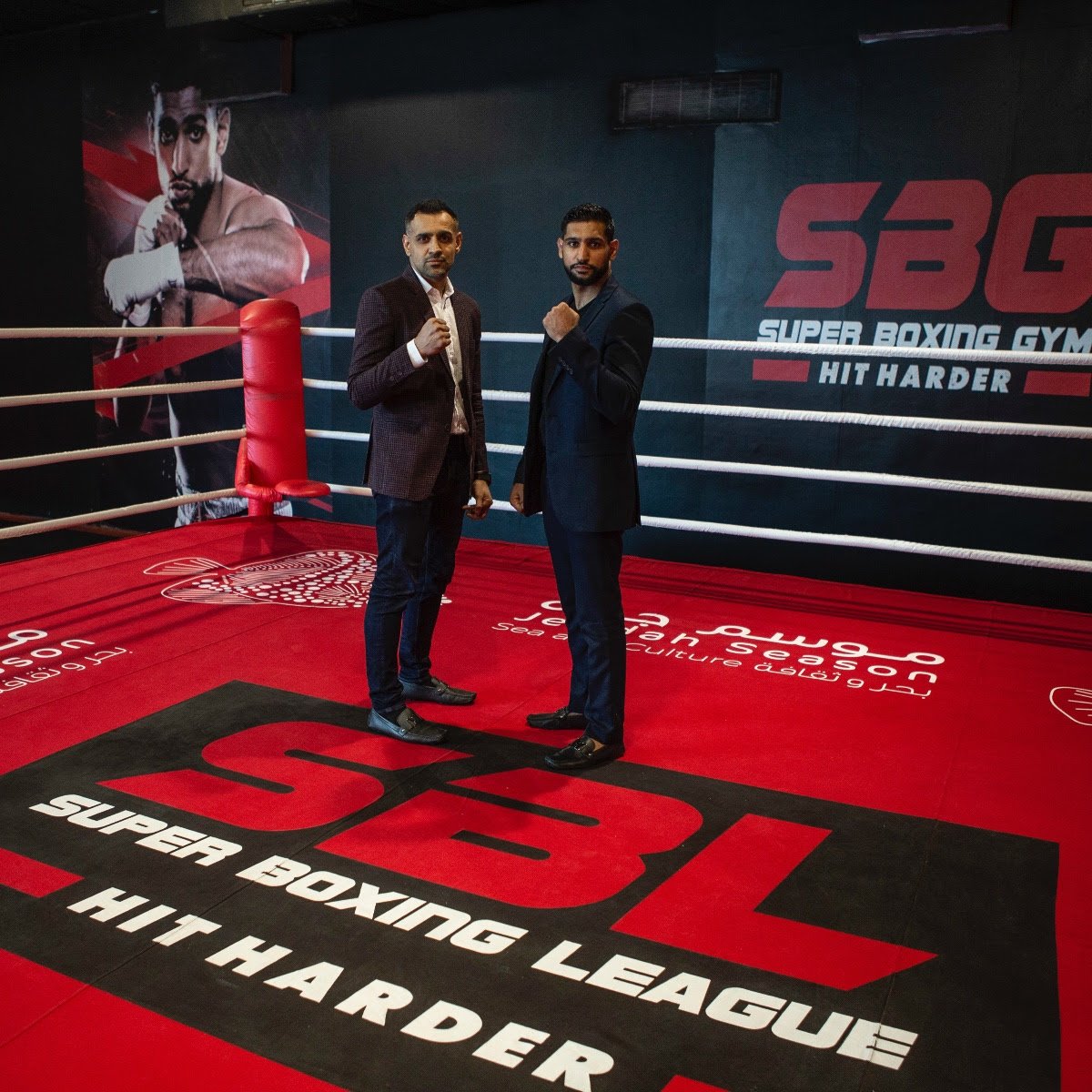 Two-Time World Champion Khan and British businessman and entrepreneur Dosanjh will spearhead the exciting deal in what represents the largest agreement in the world between a boxer and Fitness Time.

Providing the best sports and fitness service through a growing network of facilities across the Middle East and North Africa, Fitness Time is a full-service health and fitness provider with fully equipped centres containing technologically advanced equipment.

Fitness Time is owned and operated by Leejam Sports Company, the largest provider of health and fitness services in the MENA region with a market cap value of 3.756B. It operates over 140 gyms with in excess of 300,000 members and focuses to steer society towards a healthy lifestyle and encourage daily exercise.

British-Pakistani Khan and his team will be training at the Jeddah property for his historic fight against Indian Neeraj Goyat on Friday 12th July at the King Abdullah Sports City Stadium in Jeddah, with the exclusive WBC Pearl Championship title on the line.

Initially starting with eight properties at the launch, the Super Boxing Gym has the potential to increase to over 140 gyms throughout the KSA as part of its ambitious expansion plan.

Amir Khan, SBL Chairman, said, “I’m proud to partner with Fitness Time for this groundbreaking agreement across the Kingdom of Saudi Arabia and I‘m looking forward to training at the first class Super Boxing Gym facility for my fight against Neeraj Goyat. This will now set a precedence, whereby more prominent athletes will be training here and fitness fans will get to see how they train up close.”

Bill Donsanjh, SBL CEO & Founder, said, “We are very excited to agree this landmark partnership between Super Boxing League and Fitness Time across prime locations in Saudi Arabia to attract fitness enthusiasts to a new experience at Super Boxing Gym’s. This is just the beginning and in time there will be multiple Super Boxing Gyms’s opening across the region.”

The events of the Khan-Goyat Fight Week come as part of Saudi Seasons that aims to contribute to improving the lifestyle of Saudi society and achieve the goals for the Quality of Life Programme, one of the Vision 2030 programmes, that includes creating development opportunities and highlight the Kingdom as a World leading tourism country.

Dosanjh added, “The SBL gym, through all Saudi Seasons, will bring in the World’s best combat athletes to showcase their talent and give access to all of the Fitness Time members and non-members to train with the best.”

Ahmar Azam, CEO of Leejam Sports Company, said ‘We at Leejam are incredibly proud to be partnering with Amir Khan and the Super Boxing League, in what will be another showcase for Saudi Arabia and our commitment to Vision 2030. Our plan is to open multiple academies with Amir Khan across Saudi Arabia to support the sports in the Kingdom.”

Ali Al Sagri, Chairman of Leejam Sports Company said, “As the largest Fitness chain in Saudi Arabia with 133+ locations, we welcome Amir Khan and his Academy to the Leejam Family, a living legend in the boxing industry. We hope this collaboration will help to inspire a new generation of emerging athletes to achieve great things for the Kingdom. We remain aligned to Vision 2030.”