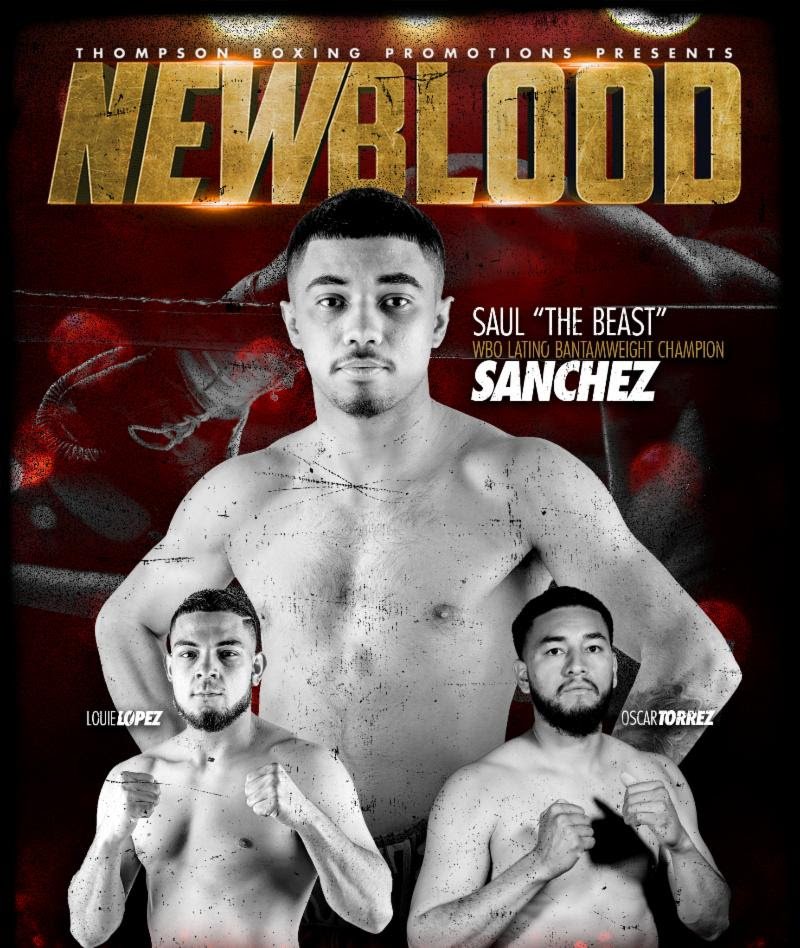 Sanchez, 22, is riding high after his eighth round stoppage of Brandon Benitez in May that earned him the WBO Latino title. The fight was the opening bout of a ShoBox: The New Generation triple header and Sanchez’s first on national television.

The No. Hollywood, Calif. native, who is trained by Joel Diaz and managed by Steve Martini, appears poised for his first main event attraction.

“This is what all boxers work toward when they’re first starting out,” said Sanchez, who turned professional in early 2016. “It’s a challenging fight in a lot of ways. I’m in the main event and fighting ten rounds for the first time. This is all very knew to me, but exciting as well.”

The soft-spoken and painfully shy Sanchez will be fighting from Omega Products for the fifth time in his young career. The outdoor venue, which recently hosted the previously mentioned Showtime broadcast in May, has showcased world champions such as Timothy Bradley, and more recently, Danny Roman, before they hit stardom.

“I think it’s great that I’m fighting in the same place as such great champions,” Sanchez said. “I put in a lot of work for this camp to make sure I win convincingly. I know Rodriguez is looking to pull the upset, but it’s not going to happen.”

In other action, heavyweight prospect Oscar Torrez (6-0, 3 KOs) of Rialto, Calif. battles an opponent to be named later (6-rounds).