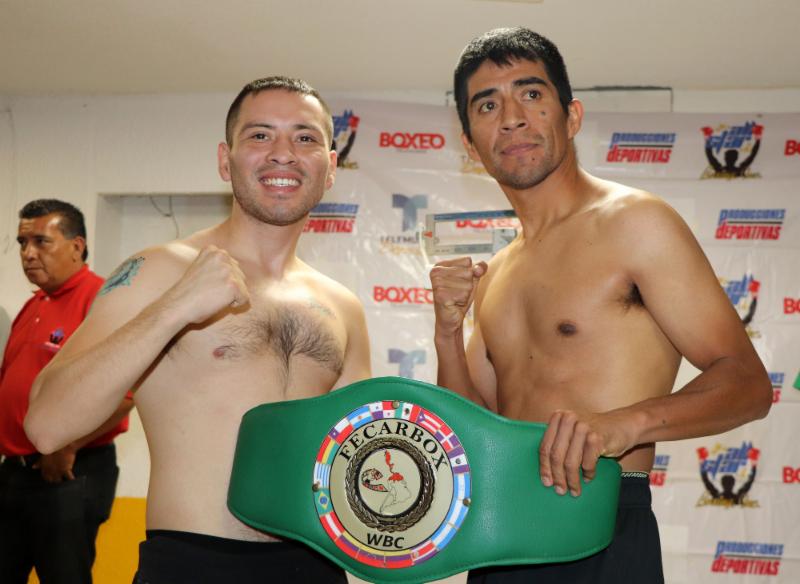 Boxeo Telemundo Ford continues its summer series this Friday, July, 19th with an all Mexico City showdown. WBO #5 WBC #7 Saul “Baby” Juarez (29-9-2 13 KO) faces former two time world champion Ganigan “El Maravilla” Lopez (35-9 19 KO) 10 rounds for the WBC Latino flyweight title. The bout is set to take place at the famed Blackberry Auditorium, with the show being billed as “Now or Never” as both of these contenders are fighting to keep their careers alive.

“Boxeo Telemundo” commentators René Giraldo and Edgar López will call the action alongside World Boxing Champion and former Olympian Abner Mares. The show will continue its 30th anniversary celebration with special segments that look back at the best moments of the show.

The action will also be available via live stream on Telemundo Deportes En Vivo app with additional extensive news and content on TelemundoDeportes.com and social media platforms using hashtag #BoxeoTelemundo.

Saul “Baby” Juarez is coming off a revenge win after defeating Mario Andrade on Telemundo last March in a bout that went to the scorecards due to an accidental clash of heads. Juarez was easily head on the cards and retained his WBC Latino title. On the other side of the ring, Ganigan Lopez looks to give his career one last stand; in his last fight he lost to knockout king and former world champion Angel “Tito” Acosta in Indio, California. A win on Friday night will put him back in the mix to fight any of the light flyweight champions.

Debuting in 1989, “Boxeo Telemundo” has grown to become the #1 combat sports program in the U.S. among Hispanics, across broadcast and cable landscape. Since its launch, “Boxeo Telemundo” has broadcast over 350 title fights, showcasing some of the biggest boxing stars as they rose to stardom and won their first championship titles, earning a reputation as the show “where champions are born.” Among these stars is Saúl Canelo Alvarez, who won his first pro boxing title on “Boxeo Telemundo” in 2008. Other notable champions featured include Juan Manuel Marquez, Diego Corrales, Carlos Maussa,  Floyd Mayweather,  Israel Vázquez,  Wilfredo Vázquez,  Rafael Ruelas,  Jorge Solis and many others. In addition, renowned boxing Hall of Famers have also appeared on the show including Erik Morales, Marco Antonio Barrera and Felix Trinidad.