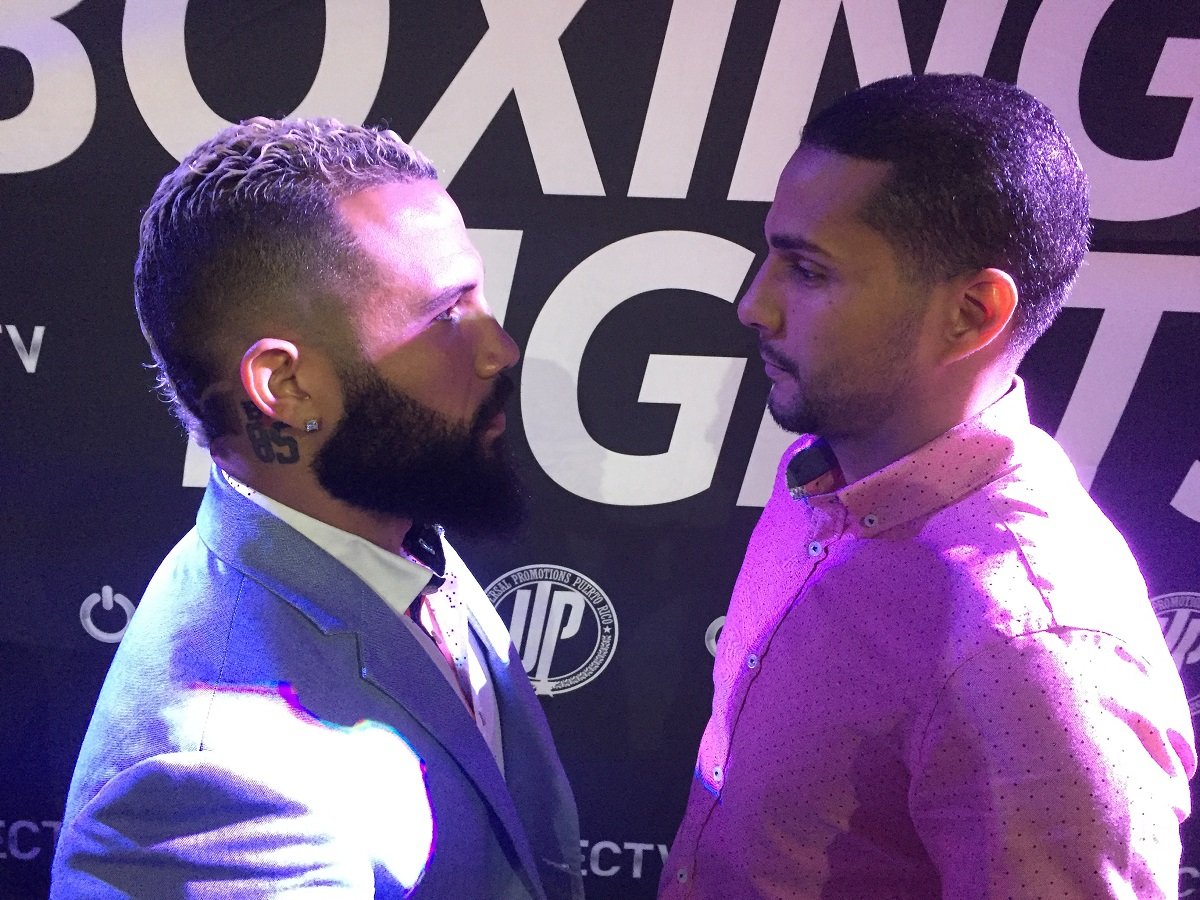 With a streak of four important victories to straighten his career as a professional boxer, the natural boxer from the San Isidro de Canóvanas neighborhood, Samuel ‘Sammito’ Santana (11-11-3, 2KO’s), will have the longed for opportunity to become champion, this when he enters the ring on Saturday, May 12, 2018 at the Juanito Cabello Coliseum in Cidra, Puerto Rico, to contest the vacant Fecarbox Super Lightweight title (140 pounds) of the World Boxing Council (WBC) against aguasbonense, Abner ‘Pin ‘Cotto (22-3, 11KO’s) in the main turn of’ DIRECTV Boxing Nights’.

“The meeting between ‘Sammito’ Santana and Abner Cotto is one that has been going on for many years now, and now we are making it happen,” said Universal Promotions President Javier Bustillo during a press conference held this afternoon at the luxurious Oasis Casino. of the Embassy Suites Hotel & Casino in Isla Verde. “We have in ‘Sammito’ a boxer who has overcome little by little, giving great battles to demonstrate the passion he feels for this sport. Abner has had his great opportunities and wants to recover the respect of the fans. This will be a real fight, a very interesting match that nobody can miss “.

Santana has managed to get in the public eye, this after four wins in a row. Two of these victories were against Josué Vargas and Charvis Holifield, quoted prospects of Mayweather Promotions.

“I’ve been signed with Universal Promotions for two years, where we’ve done four fights, and all four we’ve won,” said Santana, who is trained by Jesus “Chuito” Ayala. “For the first time in my 13-year career, I have dedicated 100% to training, putting a break to my work responsibilities. I’m well focused Abner, prepare well, because on May 12 in Cidra I will become champion. ”

“I know that ‘Sammito’ trains well, comes to fight and is a malicious boxer, but I want him to know that it’s not easy,” said Cotto, who belongs to Miguel Cotto Promotions. “You managed to improve your record and beat good fighters, but in Cidra I will be the winner, and I will give this victory to all my people from Aguas Buenas.”

The occasion served to pre-weigh a month of the brawl, where Santana stopped the scale at 156 pounds and Cotto did the same at 160 pounds, complying with the CMB regulation, which stipulates that fighters can not exceed 15% (161 pounds) of the agreed maximum weight of 140 pounds.

Meanwhile, the semiestelar turn of the card will mark the return to the ring of the sensational cipreño prospect of featherweight (126 pounds), Luis Saul ‘Zurdo’ Rosario (8-1-1, 7KO’s), who will fight six episodes against a rival for decide.

“We have been working hard, full of hunger and more determined than ever to achieve my dreams,” said the young native Rabanal de Cidra. “Grateful to be able to have the semiestelar turn of this great billboard in my town. We go with all May 12 to fill all my people with joy. ”