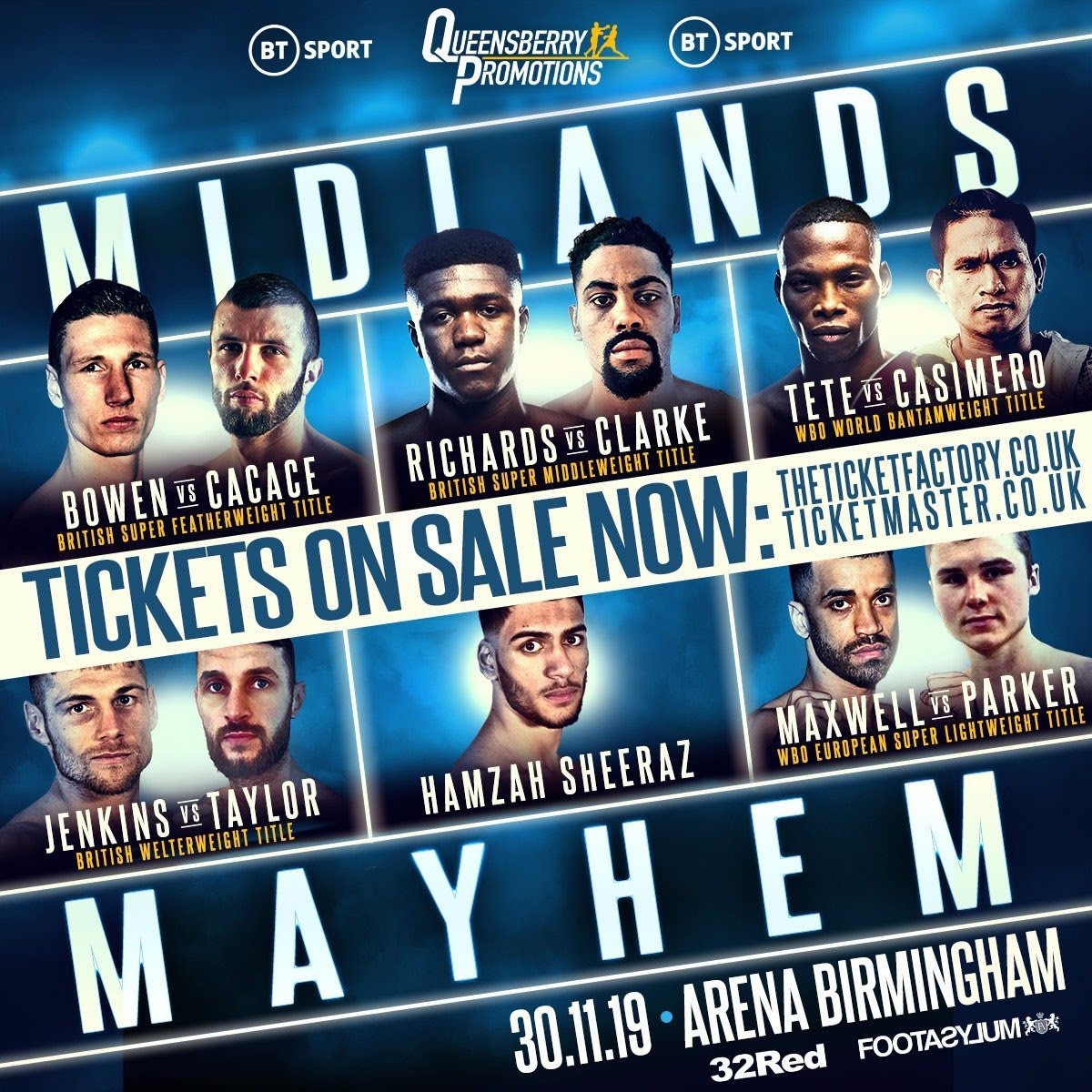 SAM BOWEN HAS been accused of looking beyond his next opponent by the man himself, Anthony Cacace.

British champion Bowen makes his mandatory and second defence of his Lonsdale belt as part of a title-laden show at Arena, Birmingham on Saturday night against the highly-rated Belfast operator Cacace, who previously challenged for the honour in July 2017 against Martin J Ward.

The narrow defeat on the cards saw Cacace consigned to the shelf with few willing to risk their records against the tricky southpaw and he has been limited to two relatively low key fights in the 28 months since.

For his part, Bowen too has endured a period of absence due to a back injury, during which time his English rivals Archie Sharp and Zelfa Barrett have propelled themselves to the forefront with impressive title wins.

Now back in the thick of media activity promoting his Cacace defence, Bowen was naturally forced to field numerous questions over the progress and prospects of his potential challengers, who all hail from the same promotional camp.

Cacace insists only one name should be in the thoughts of the 27-year-old known as ‘Bullet’.

“Sam Bowen is overlooking me,” said the 30-year-old with a record of 17-1. “All I hear is him talking about Zelfa Barrett and Archie Sharp and that’s going to be his undoing.”

The man known as the ‘The Apache’ went on to throw shade at the impressive unbeaten record of Bowen, which stands at 15-0, claiming his own ledger contains a name carrying greater kudos than anyone shot down by The Bullet.

“My knockout win over Ronnie Clark is more impressive than anything on Sam Bowen’s record,” continued Cacace, who also brought into question Bowen’s ability to comfortably make the weight. “Don’t get me wrong, he’s a good fighter but I think they are overhyping him a bit.

“I think he may have weight issues and he’s not been as active as he once was. I think he’s stepping up in this one and I’m going to test him on every level!”

TWO weight world champion Carl Frampton believes the power of Anthony Cacace will be too much for British super-featherweight champion Sam Bowen.

Bowen is the bookies favourite, but Frampton felt the force of Cacace when they used to spar regularly.

Frampton said: “Anto has a very tough fight against Bowen who is a similar style fighter. Both have long arms and are fantastic punchers.

“Anto Cacace is the hardest person I have ever been hit by. He has got freakish power. He whips his shots in and it’s frightening.”

Looking at the records of Ibstock’s Bowen and Cacace it suggests the champion holds the aces when it comes to power.

Unbeaten Bowen who will be risking his title for the second time has 11 KOs in his 15 wins, while Cacace only has cut down seven of his 17 victims inside the distance

Frampton added: “Anto doesn’t have the KOs that his record should have but that is probably more to do with the way he fights. He fights a bit lazy.

Tickets are available now from £40 via Ticketmaster and TheTicketFactory