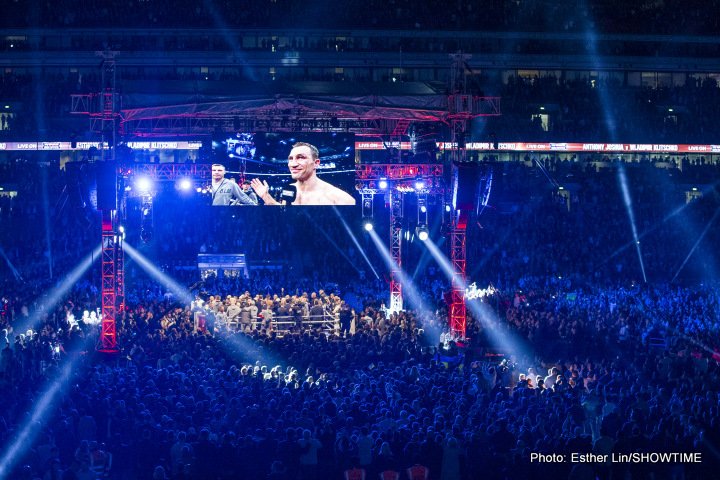 The extensive collection makes a welcome addition to the Salita Promotions fights already available on their YouTube Channel featuring women’s superstar Claressa Shields and many of today’s most exciting up-and-comers.

“I hope this helps quench boxing fans’ thirst by reliving some of the most exciting fights with the sports biggest names of the past 20 years,” said Dmitriy Salita or Salita Promotions. “My thanks to Leon Margules and Warriors Boxing for their generosity in making video of many of their unforgettable events available online.”

“I am excited to partner on this project with Dmitriy Salita, one of the young promoters in boxing,” said Leon Margules. “I’m happy to be able to bring our prior event content to the fans during this difficult time, and I feel responsible to help keep the great sport of boxing alive in the minds of sports fans everywhere.”

In another bold expansion move, Salita Promotions has reached an agreement and obtained a license to display the extensive fight-video library of long-time top promoter Gary Shaw on the Salita Promotions YouTube Channel, free of charge.

Gary Shaw began in boxing in 1971 as an Inspector for the New Jersey State Athletic Control Commission. During his 28-year tenure with the commission, Shaw was promoted to Chief Inspector and eventually to the State’s Regulatory Board. In 1999, he became the Chief Operating Officer of boxing promotional company Main Events, and then in 2002, he started his own GSP and promoted or co-promoted many of the biggest grossing boxing events in the sport’s history. Shaw is also credited with developing the initial concept and development of the TV series ShoBox: The New Generation.

“I’m very happy to be working with Dmitriy,” said Gary Shaw. “It’s great to see a former boxer stay in the game and form a worldwide company. I believe the content that his company is putting together will help to make his channel extremely competitive in the marketplace, as well as giving the fans an opportunity to see great fights.”

“I am excited to partner up with Gary Shaw one of the most successful promoters who have an incredible library of fights,” said Dmitriy Salita. “During these challenging times, boxing fans will have a chance to enjoy some of the best fights and biggest names in the sport on our always-growing YouTube Channel.”

Check the Salita Promotions YouTube Channel for regular updates of the modern world’s greatest fighters, contenders and prospects in action.