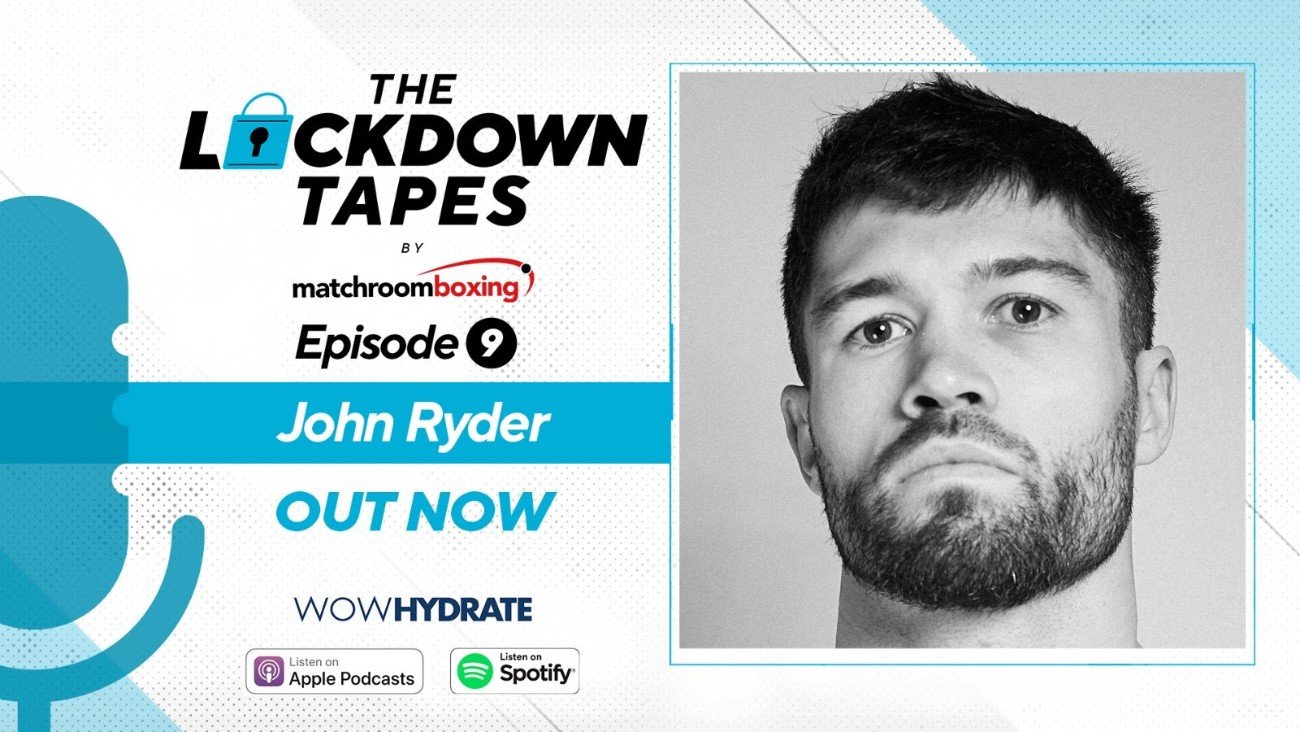 John Ryder says a win over former IBF Middleweight ruler Danny Jacobs in New York would fire him back in line for another shot at WBA Super-Middleweight World Champion Callum Smith as he spoke to Chris Lloyd in the latest episode of Matchroom Boxing’s podcast ‘The Lockdown Tapes.’

Ryder (28-5, 16 KOs) pushed Smith at the M&S Bank Arena Liverpool in November but lost out in what many thought was a controversial decision. A rematch with ‘Mundo’ is at the top of Ryder’s wish-list, but the Islington man accepts he may have to earn another shot.

“The fight that I want is the rematch with Callum, but I know that Chudinov is now in the mandatory position,” said Ryder. “To get me back there, then why not someone like Danny Jacobs in New York. He’s a great fighter, and I want to test myself against the best.

“It took me a couple of weeks to watch it back, and when I did, I still had it to myself by a few rounds, even being ultra favorable to Callum Smith in the close rounds. I still feel that at worst, it was a draw.

“I don’t want to harp on about it, and my problem isn’t with Callum or any of his brothers, they’re all lovely people, it’s the judges and the scorecards. It half makes a mockery of the sport. Sometimes you get a dodgy scorecard, but I feel that three was a bit wrong.

“Are judges in the best position to score a fight? Should they be behind the scenes watching on a screen, so the crowd does not influence them?

“Part of the plan was to build into the fight as we knew he would be dangerous early on, so the system was to take control in the second half. I thought we executed that plan flawlessly. The first round, I hadn’t planned on throwing a shot, but they were there, so I ended up throwing a couple.

“Sometimes you can sense a script with commentary teams who are so pro for the puncher or the champion that even if the fight isn’t going a certain way, the challenger just gets neglected. I think I won; he believes he won, but the scorecards don’t tell the story of the fight, which was close.

As well as speaking about Jacobs and Smith, Ryder talks about losing a close friend at a young age, life in lockdown, fatherhood, fighting behind closed doors, and much more.