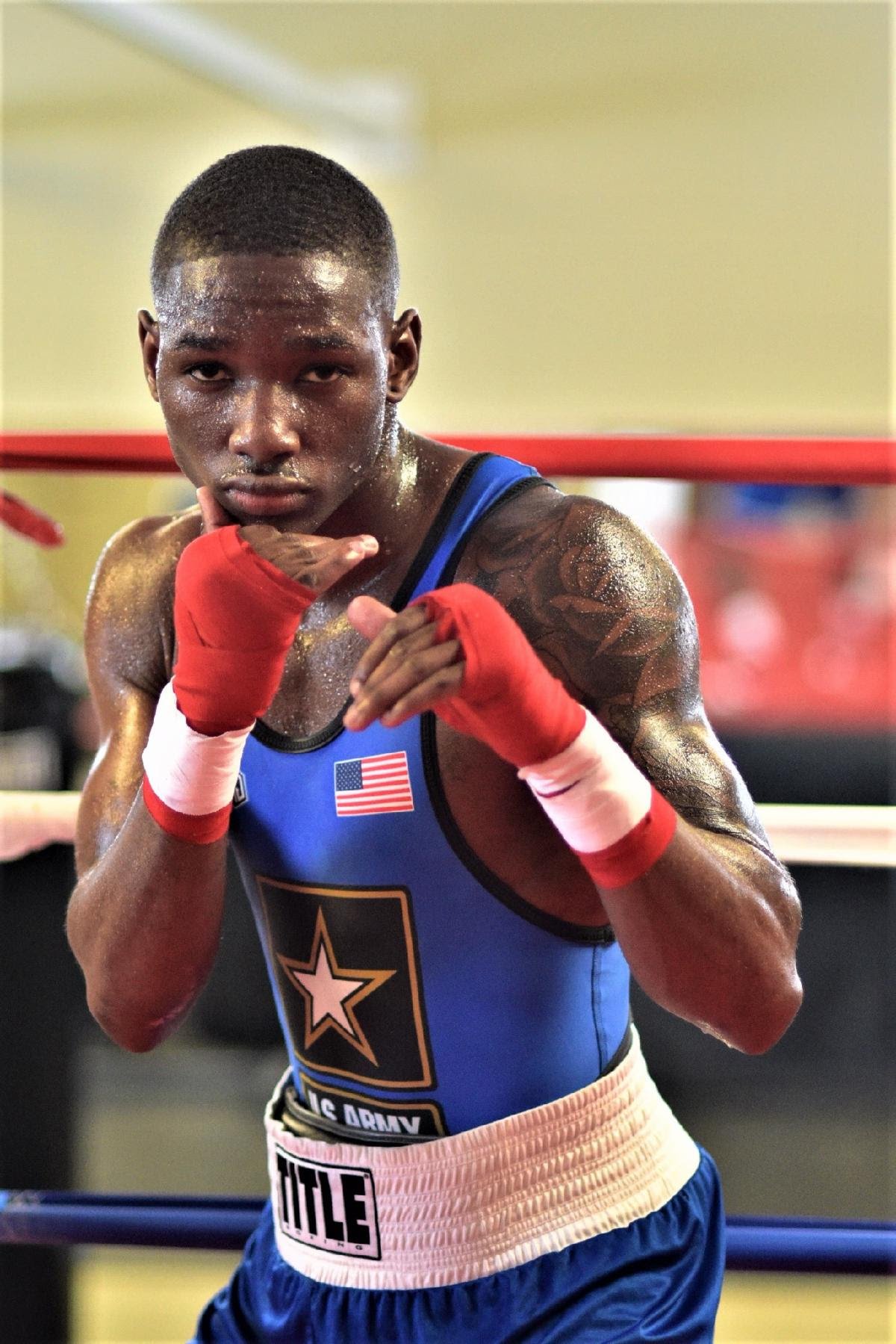 Born in Miami, the 24-year-old Bailey has had more than 100 amateur matches, and he is currently the No. 10 ranked bantamweight in the United States.

Bailey joined the U.S. Army in 2015, and he is currently a Specialist 4th Class stationed at Fort Carson, which is in Colorado Springs, Colorado. He qualified to be a member of the World Class Athlete Program (WCAP), created to give elite Soldier-athletes to perform at the International level while also serving in the military.

WCAP members such as Bailey are allowed to train and compete throughout the year at Fort Carson, which is close to the state-of-the-art U.S. Olympic Paralympic Training Center, where they train with non-military elite athletes and coaches. Bailey has been able to train and compete with America’s top amateur boxers and spar with the likes of world champions Terence Crawford and Jamel Herring, among the most notables.

“I’m ready to go,” Bailey said. “I’ve been training in a garage during this (pandemic). I want to start my legacy and can’t wait to get going. It’s time for me to transition into boxing full-time, but I also want to attend college and major in sports management. My main strength is my work ethic. The Army taught me discipline and to do whatever it takes to accomplish your goal at any cost.

“Some managers were pursuing me, but they weren’t telling me what I wanted to hear, which is family first. I honestly believe that Ryan Roach is like that, and he wants his fighters to be champions inside the ring and successful outside of it. He has the best interest in his fighters. I’m very, very excited to be working with Ryan.”

“Signing a top 10, blue-chip prospect like Dan was very important to my stable is a major accomplishment,” manager Ryan Roach commented. “Aside from being an excellent fighter, he is also a great person and soldier serving his country. Dan had other managers pursuing him, and I’m honored he chose me. I am excited to start this journey and watching Dan achieve his goals inside and outside the ring.”

Bailey will be discharged early next year from the U.S. Army. The personable soldier-boxer fully intends turn pro and continue living in Colorado Springs.

“I want to start my own legacy and keep going,” Bailey concluded. “One day, I want to be considered an icon in boxing, remembered long after I’m gone.”