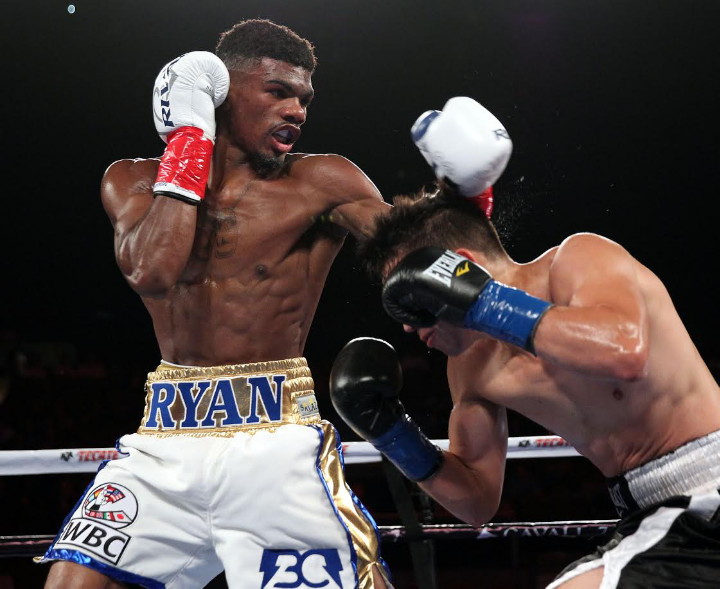 Sporting an undefeated professional record of 16-0 with nine knockouts, the 23-year-old Martin is considered one of the brightest prospects in the sport and a future world champion.

Among the accolades Martin will be receiving is the “Achievement Proclamation Award” from the Mayor of Chattanooga, Andy Burk along with Hamilton County Mayor, Jim Coppinger.

Additionally, Martin will visit his alma mater, Central High School where a hero’s welcome will be waiting from Principal Finley King and the student body.

About the city’s respect and support of Martin, Chairman Joe Smith of the Tennessee Athletic Commission said, “” We are very proud of Ryan and all his accomplishments in boxing. He’s a big role model for all the kids in the area and we look forward to him fighting here sometime in the very near future”.

“He’s special in the eyes and hearts of Tennesseans. Especially to the youth that participate in the YCAP Boxing Club.”

Ryan is a graduate of the Tennessee YCAP program and will also be visiting the youth’s involved in the boxing club.

Said Ryan about the homecoming visit, “I’m happy I get to show off some of my hardware to all the kids in my former boxing program and to all my supporters in the city. This is a great, first step towards bigger things to come”.

“Yesterday, marked my third year as a professional and I look forward to continuing to represent Chattanooga as I strive to become a world champion.”

In his most recent fight at The Fabulous Forum in Los Angeles on September 10, Martin earned the WBC Continental Americas Lightweight Title with a dominant decision victory over Columbia’s Cesar Villarraga.