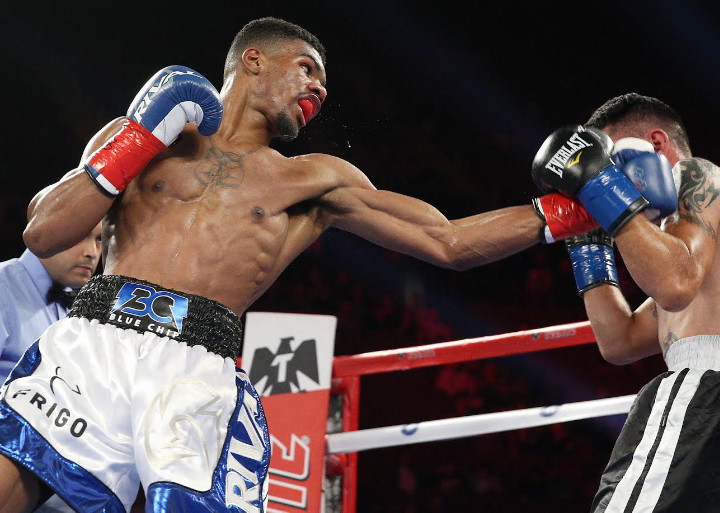 Martin vs. De Los Santos, contested for the vacant World Boxing Council Continental Americas title, will be telecast live on the international broadcast on the evening of the event.

Speaking from his training camp in Cleveland, Ohio, the 23-year-old Martin stated, “I feel blessed to be back at The Fabulous Forum. This is another unique opportunity to perform in front of HBO Sports and be featured on the international telecast. I’m looking forward to showcasing all of my skills and having an explosive performance.”

Said Tom Loeffler, Managing Director of K2 Promotions, “We’re happy to welcome Ryan back to The Fabulous Forum. His knockout performance on our last show at on April 23rd thrilled the crowd and we’re excited to have his all-action style featured on this event as part of our outstanding undercard.”

Martin is managed by Tim Van Newhouse who said, “Ryan has all the tools to become a world champion. The WBC Continental Americas title is another step towards that process. September 10th will bring more proof why Ryan is considered by many as one of America’s fastest rising prospects.”

Fighting on the undercard of the World Middleweight Championship between Unified Champion Gennady “GGG” Golovkin and mandatory challenger Dominic Wade on April 23, Martin shined in front of the sold-out arena with a fifth round knockout of Rosbel Montoya.
Most recently the native of Chattanooga, Tennessee, won a six round unanimous decision over Samuel Amoako on July 16.

The 32-year-old battle-tested De Los Santos was on a five bout winning streak including three by knockout, prior to losing to Jairo Lopez on May 16, 2015 in San Luis Potosi, Mexico.

Co-featured on September 10 and also telecast live on HBO World Championship Boxing beginning at 10:00 p.m. ET/PT. along with Gonzalez vs. Cuadras is a 10-round junior middleweight rematch of the epic 2016 “Fight of the Year” candidate between Yoshihiro Kamegai, (26-3-2, (23KO’s), and Jesus “Renuente” Soto-Karass, (28-10-4, 18KO’s). The first bout scored a draw took place on April 15 in Downtown Los Angeles.

Use the hashtags #ChocolatitoCuadras and #KamegaiSotoKarass, #KSK2 to join the conversation on social media.