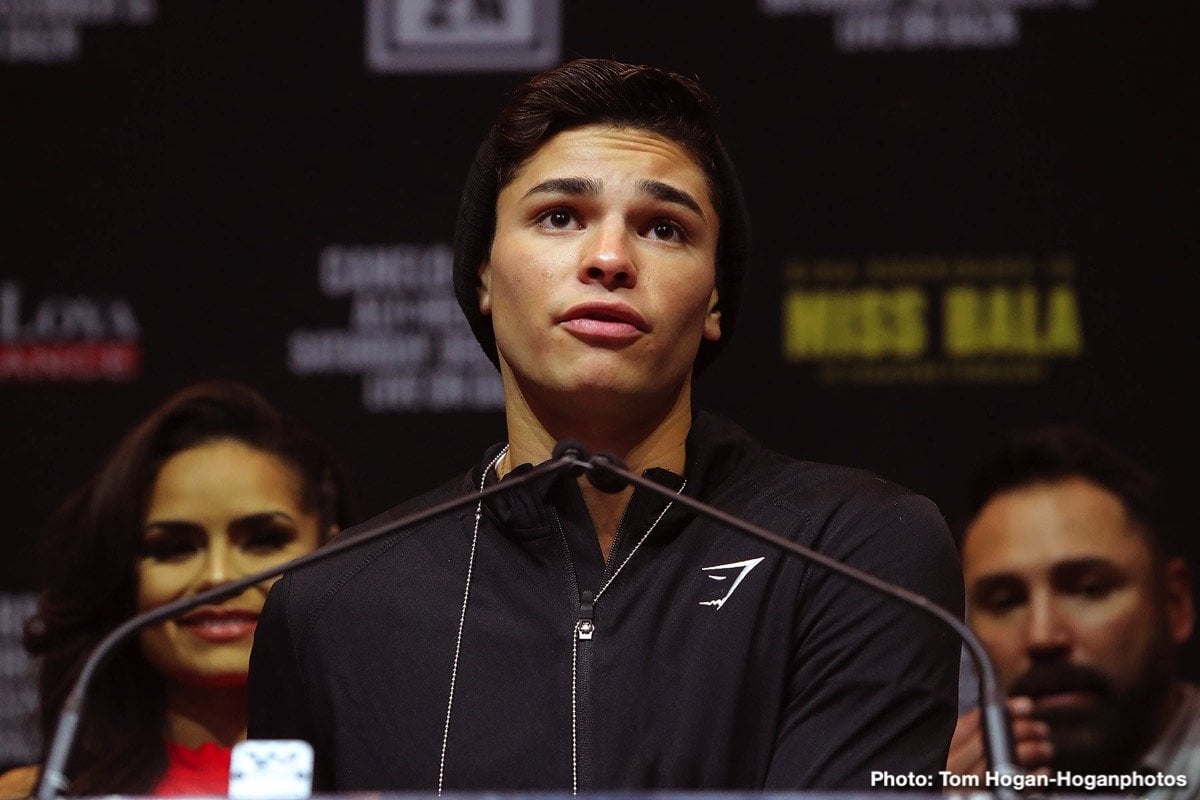 Red hot Irish prospect Stevie McKenna has come out all-guns-blazing at his American rival Ryan Garcia just hours before the KO King’s debut in a UK ring tonight. Watch in the UK and Ireland on free-to-air Channel 5 from 10 pm or for free around the world on Seconds Out YouTube from 7 pm (GMT) 2 pm (ET).

The undefeated Monaghan super-lightweight takes on Gary McGuire at the LS Live TV studio in Wakefield, as he aims to take his record to 5-0. But it’s the simmering tensions that have reached boiling point between McKenna and Garcia that has captured the attention of fans around the world.

In an exclusive interview with Hennessy Sports partner Seconds Out, McKenna and his father and co-trainer Fergal, explosively reveal precisely what happened in that infamous sparring session; the real reason behind the Twitter spat; the vicious and nasty messages sent by Garcia, and a future fight between them.

Here are some of the more hard-hitting comments in the interview:

Stevie on Garcia as a fighter

He hasn’t fought anyone that puts it on him…once that day comes, he will fall, and he will get beat.

He’s the kind of guy that likes to HIDE behind a phone and send messages.

Stevie on ‘that’ sparring session

He fights like a COWARD; cowards always get exposed.

I was wearing 16oz gloves, and this prima donna is wearing a pair of 14oz wee small little gloves.

He was supposed to do six rounds but jumped out after four after taking beatdown and then never wanted to spar again.

He doesn’t like getting his hair tossed. He’s the type of fighter if you laid a glove on him and their all glazy, he’d almost start crying.

Stevie on a future fight between him and Garcia

Samir Ziani vs. Alex Dilmaghani plus Isaac Chamberlain is exclusively LIVE on free-to-air Channel 5 on Saturday night from 10 pm. Watch the whole undercard LIVE and free on the Seconds Out YouTube Channel youtube.com/secondsout from 7 pm.