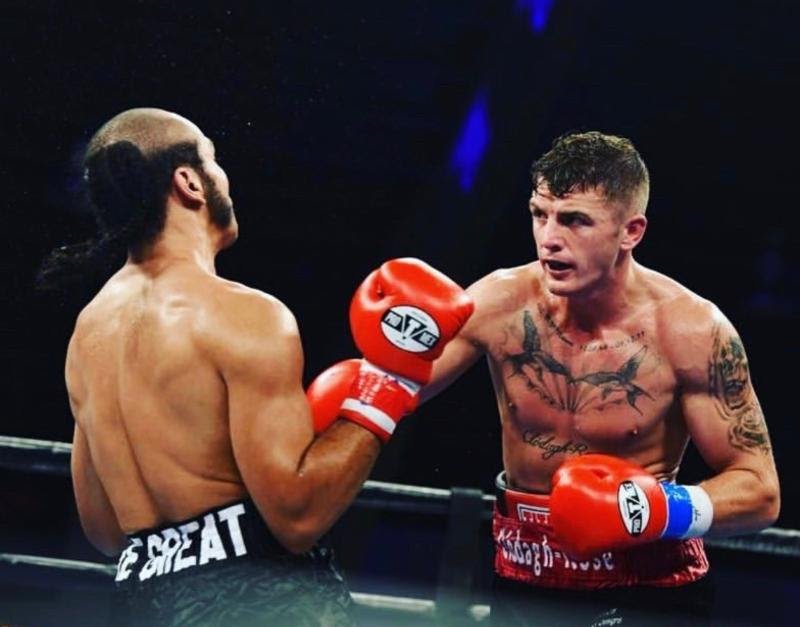 Fighting out of Derry, Northern Ireland, the 28-year-old Coyle has boxing flowing through his veins. His great-grandfather and uncle, both named Spider Kelly, each became British Empire and Commonwealth champions.

“When I saw Coyle fight this past February 16th, I knew we had to have him,” explained RJJ Boxing CEO and co-founder Keith Veltre. “He possesses all the assets to make him a future World Champion. He doesn’t wait to have the fight come to him, he brings the action to you. He will be a full-time fighter on UFC Fight Pass. You definitely want to keep an eye on Connor.”

“My team and I are very happy to sign with Roy Jones Jr Boxing Promotions,” Coyle said. “They made us a great offer and it was an amazing experience headlining for them on UFC Fight Pass in February. Fight Pass is a great platform that will only expand our horizons with fans across the globe. We’re excited to see what the future holds, and I look forward to entertaining the fans with every fight.”

Fighting for the first time in the main event, Coyle is coming off his most impressive performance as a professional, nearly pitching a shutout (80-70, 80-70, 79-71) in an eight-round unanimous decision victory over Travis Scott (19-5, 5 KOs) this past February 16, at historic Saint Petersburg (FL) Coliseum. The show was co-promoted by RJJ Boxing and Rite Hook Promotions and streamed live on UFC FIGHT PASS® as part of a new agreement between RJJ Boxing and FIGHT PASS, to live stream up to 72 professional boxing events during the next three years.

During the majority of his 3 ½-year pro boxing career, Coyle has flown back-and-forth over the Atlantic Ocean from his native country to Florida in order to finish his training with Jim McLaughlin. Coyle begins training for his fights back home for four weeks with his coach from the amateurs. He then travels to Saint Petersburg for a 4 to 6-week training camp under McLaughlin’s guidance.

“I really miss my daughter when I’m away from home,” Coyle admitted, “but it’s also good to get away from family and any distractions to solely focus on getting in top shape. I’m used to the cultural differences between home and Florida. I come to the U.S. for one thing, training for my fight.

“I was mostly a boxer as an amateur but, as a pro, I’ve added more power and speed. I’m still a boxer, but I can fight when I need to, and I adapt in the ring to what my opponent is doing. This is going to be a big year for me!”