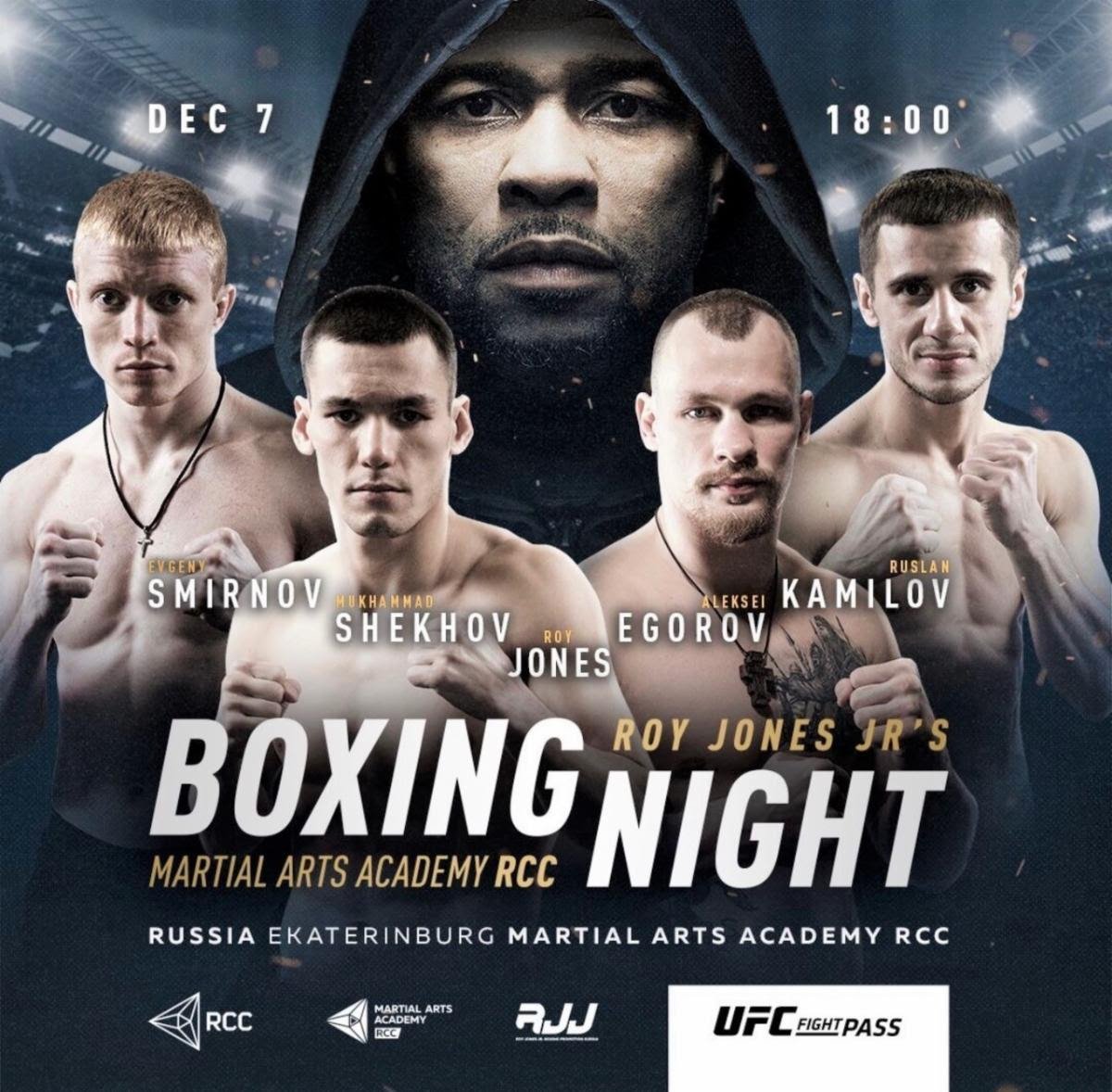 “Roy is in Russia half the year promoting what we are doing there,” CEO and co-founder Keith Veltre said. “Roy has been in Russia for a while promoting our December 7th show. As a USA promoter, conducting business there is extremely rare and a privilege. We will be working with our partners to bring Russian fighters to American soil, so that they can compete at the highest level. We plan to promote multiple shows in Russia throughout the year on UFC FIGHT PASS, which will also be televised in Russia on UFC TV Russia.”

In a rematch that ended in a majority draw last February, Russian super featherweights Ruslan Kamilov (7-0-1, 3 KOs) and Evgeniy Shirnov (13-0-3, 3 KOs) throwdown in a 10-round bout.