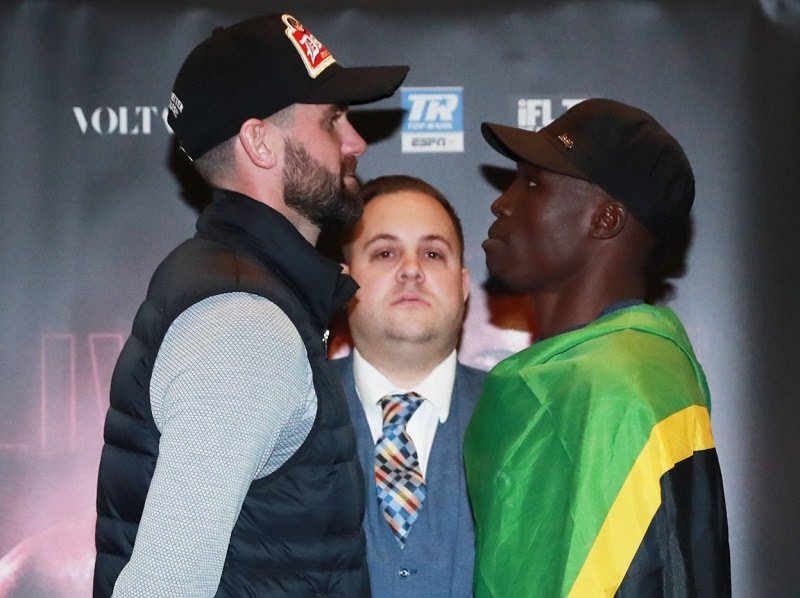 The action will be live in the US on ESPN+ in association with Top Rank and worldwide on IFL TV, and features some of the best boxing talent from Liverpool and beyond.

Fielding said: “If he wants to trade he’ll walk onto one of my shots. He has a lot of stoppages but I’ve been training hard for this fight since it got put to me and we’ve been working on a lot of stuff with Jamie.

“He’s a game opponent but I think I’m a class above. My career started in the Olympia when I got the call for Prizefighter on five days’ notice. I’ve won lots of belts there so it’s a special place for me.”

Murray said: “My opponent can punch a bit but he hasn’t really fought anybody. It’s fine knocking people out but he looks wild and I won’t be putting my chin out for him.

“He’s fighting somebody who is on a different level to him so I plan on going in there and showing that. This is the first year I’ve had in boxing with no expectations and I’m excited for this fight.”

Trainer Jamie Moore said: “Martin definitely should have won a world title by now and I don’t think anybody disputes that. He’s got a lot of experience but he’s still relatively fresh.

“That experience is key at the top level, and if we get another opportunity he will grab it with both hands. He’s doing this for the pure enjoyment at the moment and it means he can relax more and perform better.

“When you’re watching him spar in the gym, he’s taken the experience on board and is using that to improve. He’s still fresh and young enough, and those small percentages make big differences at world level.”

Jonas said: “It’s always good to box at home. So many times as an amateur you’re away that you never get to box in Liverpool, so it’s good to box here. Sometimes it adds a bit of pressure, but the support is always incredible.

“My opponent has a few knockouts but so do I. One of my first ever England trips was with Martin Murray and I used to be in the Rotunda a lot with Rocky Fielding, so it’s brilliant to be on the same show as them.”

Carroll said: “He’s a top fighter and he could have took another fight to re-build his career, but he’s accepted this fight which is great. It will be a cracking fight and I’m really looking forward to it.

“People assume I’m just a boxer, but come fight night we’ll see. It’s all about giving the fans a good fight and I’m really looking forward to it, so I can’t wait for Friday.”

Ofori said: “It’s a great opportunity for me. My last fight was a ten rounder and didn’t go to plan but I’m ready for this now against another unbeaten fighter. I’m fully focused and I know what the game plan will be. No matter what he does it’s going to be an entertaining fight.

“I’ve seen his last few fights and I see he’s tall for the weight and a big guy. He likes to move around a lot and he’s good, but I’m good too and that’s why I’m here, so I’ll show who I am in the right.”

Hyland said: “I’m excited to make my professional debut in front of all my friends and family in Liverpool. There’s no fear factor but I’ve been putting everything into the gym over the last seven weeks.

“I’m looking forward to putting on a show on Friday night and getting this journey started. I look up to these types of fighters on the bill and I’m excited to get going.”

Promoter Lee Eaton said: “Liverpool has always been a great city for boxing. It’s always a great night and the atmosphere is unbelievable so I’m looking forward to another good card.