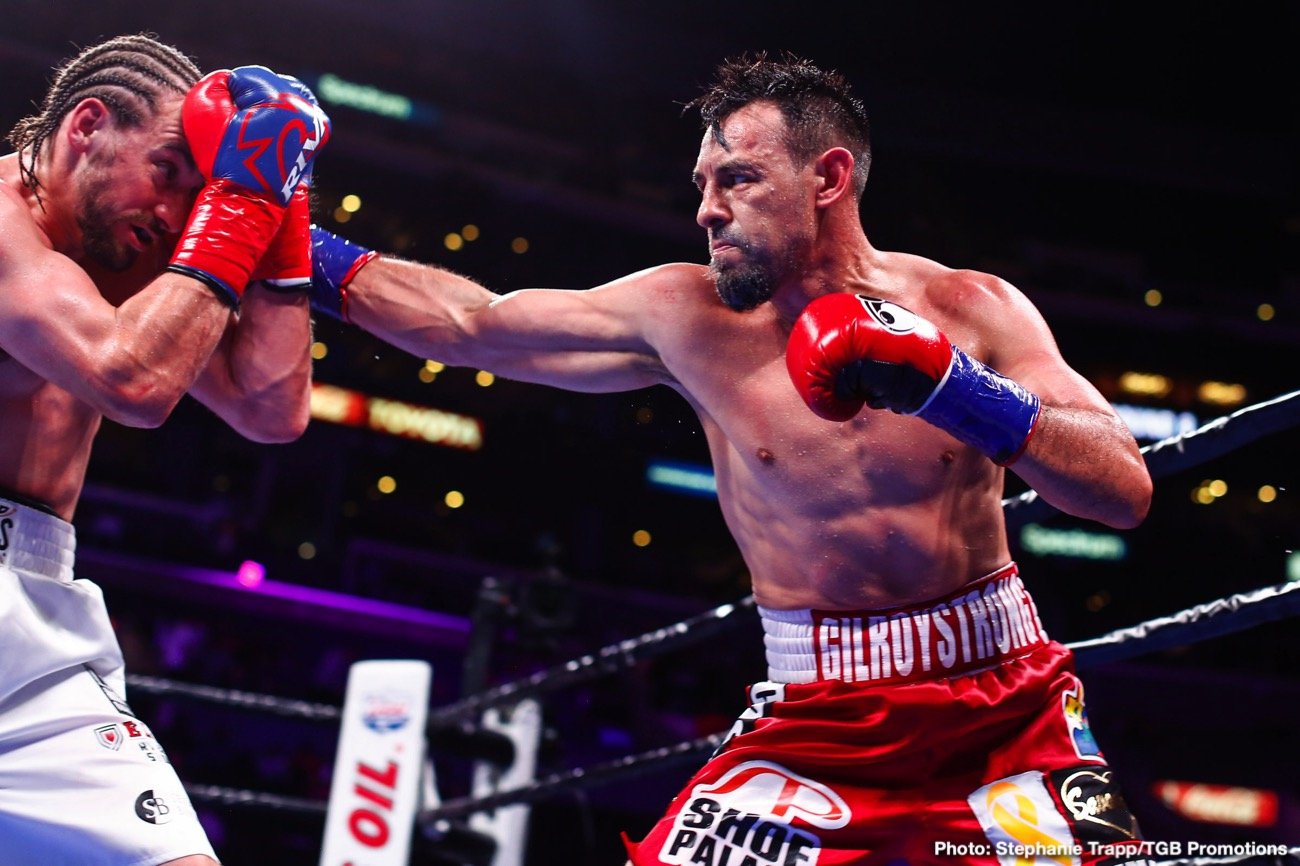 After winning three fights on his comeback trail, Robert “The Ghost” Guerrero (36-6-1, 20 KOs) is ready to step up in competition. The former multiple division world champion is looking to step in the ring with any of the big names at welterweight in the upcoming 2020 year.

“In 2020 I want to step up and fight any of the big names at welterweight,” said Guerrero. “I wouldn’t mind stepping in the ring with Mikey Garcia, who I think is one of the best fighters in boxing. I’ve always respected Mikey and I think that would be a good fight for the fans. Manny Pacquiao is another big name that I can see myself fighting. I also wouldn’t mind doing a rematch with Danny Garcia.”

In 2013, Guerrero fought Floyd Mayweather Jr., followed by some tough fights with Keith Thurman and Danny Garcia to name a few. The Ghost always gives the fans their money’s worth and he’s looking to do the same in the upcoming year.

“Everyone knows I always come to fight, who ever it is,” Guerrero continued. “I feel the time off during my lay off did my body some justice as I needed the proper rest. I’ve won all my comeback fights and now its time to step up. Given my track record, I feel I’ve earned the right to be in a big fight. 2020 is going to be a big year for me and I’m ready to take on all the big names.”

Golden Boy is delighted to announce that it has signed the highly sought-after prospect Luis “El Matador” Hernandez (20-0, 18 KOs) to a promotional agreement. The reigning WBC Youth Super Lightweight Champion will return to the ring in early 2020.

Hernandez is a 23-year-old native of Chihuahua, Mexico who debuted as a professional in November 2015. Since then, he has remained undefeated across 20 fights, winning 18 of them by knockout. After several months of vetting many offers from different promoters, this young man has decided to take his career to the next level with Golden Boy. Hernandez, who has the same name as the legendary soccer player Luis “El Matador” Hernandez, will now look to follow in the footsteps of fellow fighters who also hail from Chihuahua, Mexico, such as Quirino Garcia, Juan Carlos “El Ranchero” Ramirez, David “Tacubayo” Murillo and Miguel “Mickey” Roman.

“I am very pleased to sign with the biggest promoter in the world,” said Luis Hernandez. “I have a job to do, and my promoter will get me to where I need to go, and that is to bring a world title back to Chihuahua, Mexico! Viva Mexico!”

“Luis Hernandez represents a new generation of Mexican talent, so we are proud to have him in our growing stable,” said Oscar De La Hoya, Chairman and CEO of Golden Boy. “He has an exciting style and is in a very competitive division, so we look forward to promoting Hernandez as we continue to extend our presence in Mexico and beyond.