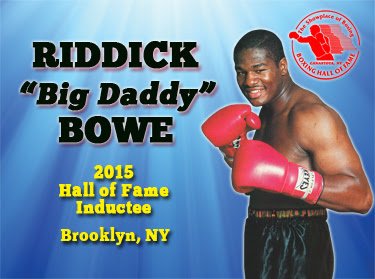 “’Big Daddy’ provided many thrilling moments during his championship career and is a real fan favorite,” said Hall of Fame director Edward Brophy. “We are so happy to welcome him back as a Hall of Famer to ‘Boxing’s Hometown’ for the 2018 weekend.”