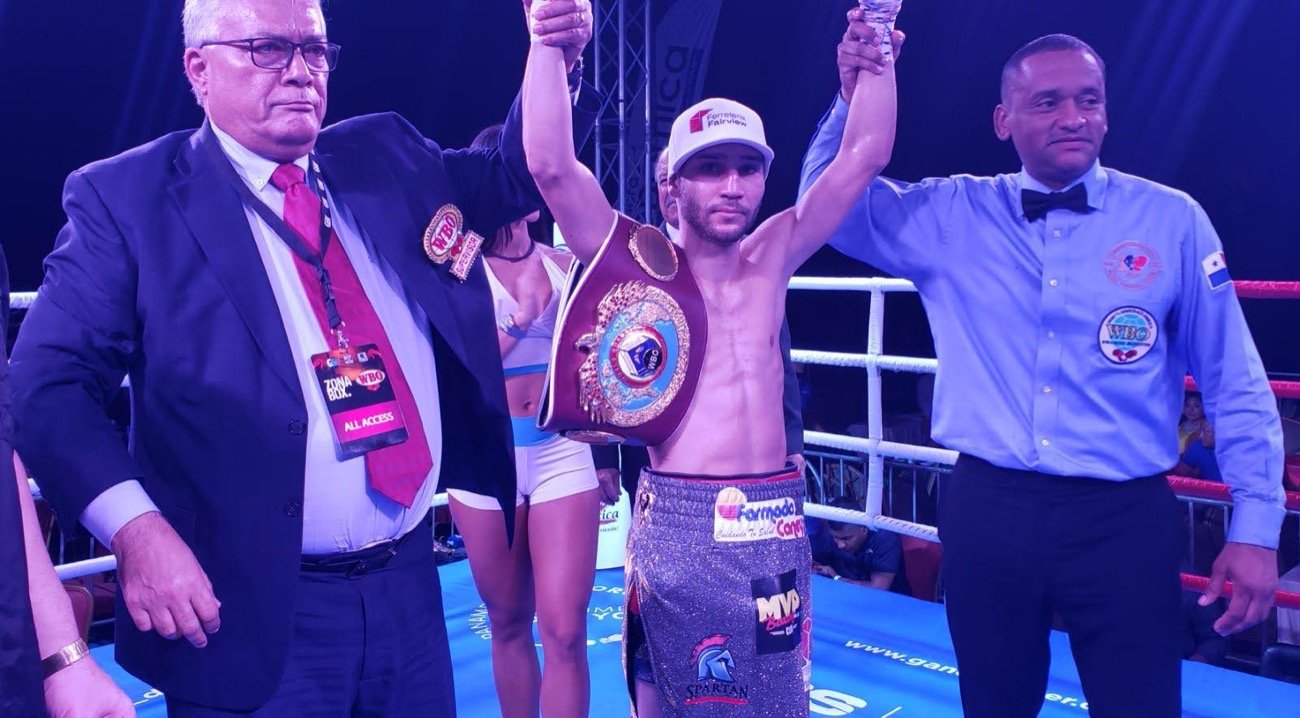 Using his smart boxing, Puerto Rican Wilfredo “Bimbito” Méndez successfully defended his WBO 105-pound belt by defeating by a ninth round TKO on the Colombian Gabriel Mendoza in the main fight of the “WBO Champions Tournament”, held at the El Panama Hotel in Panama City in a presentation of G & V Entertainment in association with PR Best Boxing Promotions and Spartan Boxing.

Méndez (16-1, 6 kos) scored the second defense of his belt when after dominating all the way to Mendoza (30-7-2, 23 kos), the referee stopped the action at 1:28 of round nine when the Puerto Rican attacked with his combinations a battered South American, who had a cut in his right eye and swelling in his forehead. In the bout there were several head crashes, but they had no major consequence.

“I feel very happy to debut in Panama with this victory and represent Puerto Rico while maintaining this title,” said Méndez, the only Puerto Rican (male) champion currently, after the victory. “We fought with the plan we had to box and we could go out with our hands up.”

The Puerto Rican, who won his title with a unanimous decision victory over Filipino Vic Saludar in August 2019, said that in his immediate future there is “the mandatory fight with the Chinese Jing Xiang (#1 ranked) and then fight with the other elite champions ‘.

Lebrón seemed to dominate most of the first rounds with good punches to Estrada’s face and body causing swelling and wounding in the Aztec’s eyes since the third round. But Estrada came from behind and knocked down Lebrón with a short upper right in the seventh round to take action in the last part of the match and take the win.