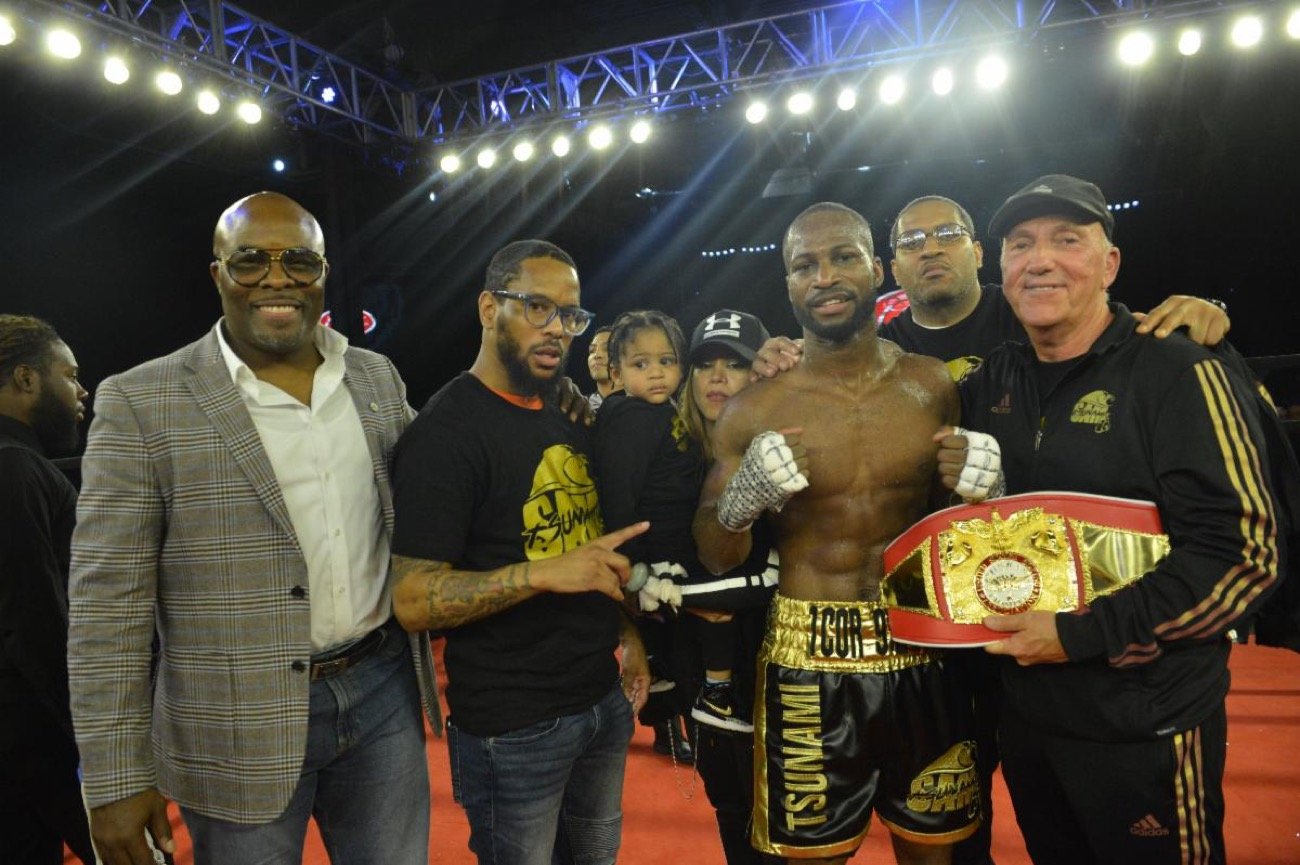 Philadelphia, PA (March 9, 2020) -This past Saturday night, junior welterweight Samuel Teah won a six-round unanimous decision over Dieumerci Nzau in front of a sold-out crowd at The 2300 Arena in Philadelphia.

The successful show, which was attended by many members of the boxing community as well as well as WWE superstars, was the inaugural card staged by RDR Promotions.

Teah of Philadelphia dropped Nzau in the opening frame with a hard right hand to the head. Teah never was challenged in the bout that saw him win by scores of 60-53 twice and 59-54.

Brandon Robinson got off the deck in round two to comeback and stop Josue Obando in the same round of their scheduled six-round super middleweight bout.

Naheem Parker made a successful pro debut with a four-round unanimous decision over Anthony Carter in a super lightweight bout.

Victor Medina and Michael Stoute fought to a four-round split draw in a bantamweight fight.

Charles of Philadelphia is 3-0 with all wins coming early. Santana of Providence, RI is 0-3.

Jefferson of Philadelphia was making his pro debut, won by shutout scores of 40-36 on all cards. Benichou of France is 2-1.