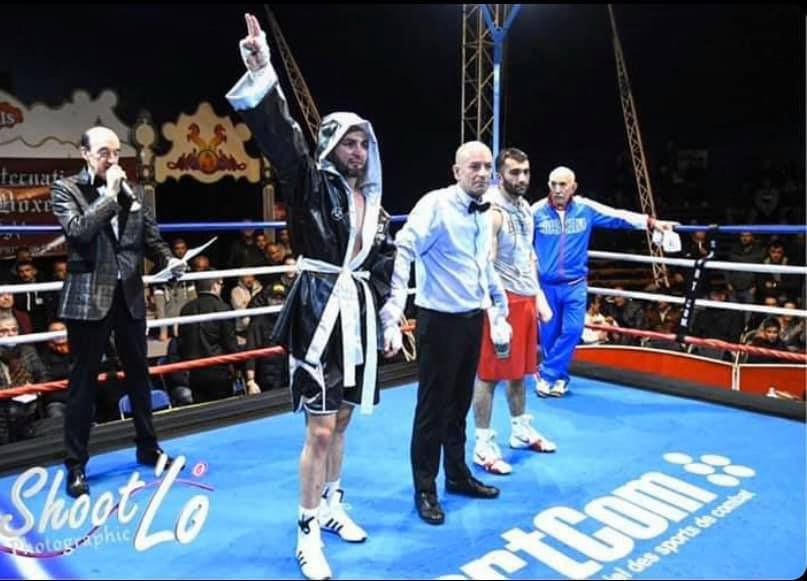 From Florida to France, Star Boxing fighters have brought the action to kick off November. In France, DAVID PAPOT (23-0-1 3KO’s) improved on his undefeated record in impressive style, while across the Atlantic Ocean in Florida, Connecticut native, RICHIE “POPEYE THE SAILOR MAN” RIVERA (15-0 12KO’s) took care of business in his third fight in as many months.

Papot had this to say about his victory, “Victorious in the return on my land! Thank you all for your support, those close and far, you are huge.”

DAVID PAPOT RAISES HIS HAND AFTER HIS VICTORY IN FRANCE

Heavy handed slugger, Richie Rivera took on Juan Zapata at the Hard Rock Hotel in Daytona Beach, Florida on November 1st. Rivera entered the ring for his third fight in as many months, against Zapata, who was taking on his fourth straight undefeated prospect. Wasting no time, Rivera imposed his will and strength on Zapata (6-16-2 4KO’s) scoring three knockdowns out of the gate, as the referee stopped the action with 30 seconds left in the first round. Rivera improves to 15-0 12KO’s.

Rivera had this to say about his victory, “It was such an amazing experience. I just want to thank God for these blessings. I can’t wait to get back in the ring.”

Keep an eye out for both Papot and Rivera moving into the new year, as each fighter looks to make a splash in their respective weight classes, and continue their rise up the world rankings.

On November 23, Star Boxing returns with the 37th edition of its critically acclaimed “Rockin’ Fights” series at The Paramount in Huntington, NY. The main event features a grudge rematch between DANNY “EL GALLO” GONZALEZ (Woodhaven, NY 18-2-1 7KO’s) against JOHNNY “HITMAN” HERNANDEZ (Huntington, NY 10-4 1KO), as Gonzalez defends his WBC FECARBOX and ABO Intercontinental titles, and the bad blood is settled once and for all. Tickets are on sale now, and can be purchased, HERE: https://bit.ly/2qFO6Tb