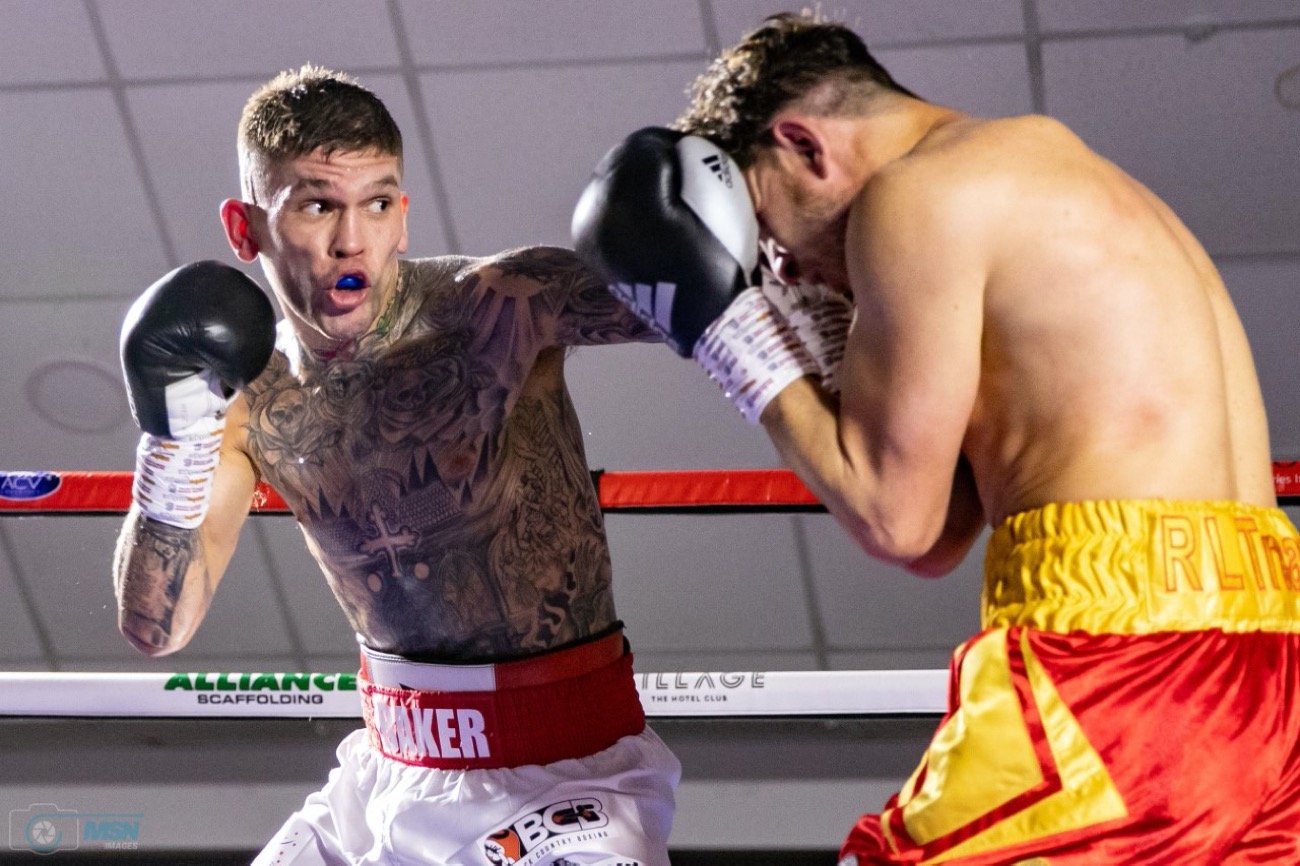 The pair were joined by a host of local talent on BCB Promotions’ first show of the year – St. Valentine’s Day Massacre – at Walsall Football Club.

Baker went through the gears and boxed well over six rounds against Telford’s Dean Jones. Looking lean and moving his head well, Baker bossed the contest on his way to a 58-56 points win. The likeable Brummie has earned a rematch with Myron Mills for the English Lightweight Title, which is set to take place at the Second City Suite in Birmingham on Friday, 10th April.

Donnington’s Davies was put through his paces by the ever-game Brett Fidoe over four rounds. The 23 year-old had to work throughout but his superior boxing ability lead to a comfortable 39-37 win. He now looks set to challenge Salford’s Mark Leach for the English Bantamweight Title after the BBBoC made him mandatory challenger.

Supporters were treated to a late addition to the card as unbeaten Serbian heavyweight, Emir Ahmatovic, was added to the card at late notice. The 33 year-old moved to 8-0 as he breezed past 38 year-old Nicaraguan, Walter Palacios. Ahmatovic was just getting warmed up when he caught Palacios, a former opponent of Luis Ortiz, in the third round. Palacios waved himself off after feeling the force of the Serbian’s power.

Pearce started slow against Bricknell who took centre of the ring early and, despite finishing the contest on the front foot, suffered a 39-37 reversal. It was a close contest. Credit to both men.

Whitehead started like a train against Thomas and, surprisingly, kept up the pace throughout. Clearly fighting on the adrenalin of his professional debut, there was plenty of will from the Telford man whilst Thomas seemed to let the occasion – a fight on home soil – get to him a little. In the end Whitehead was awarded a 40-36 win by referee-for-the-evening Chris Dean.