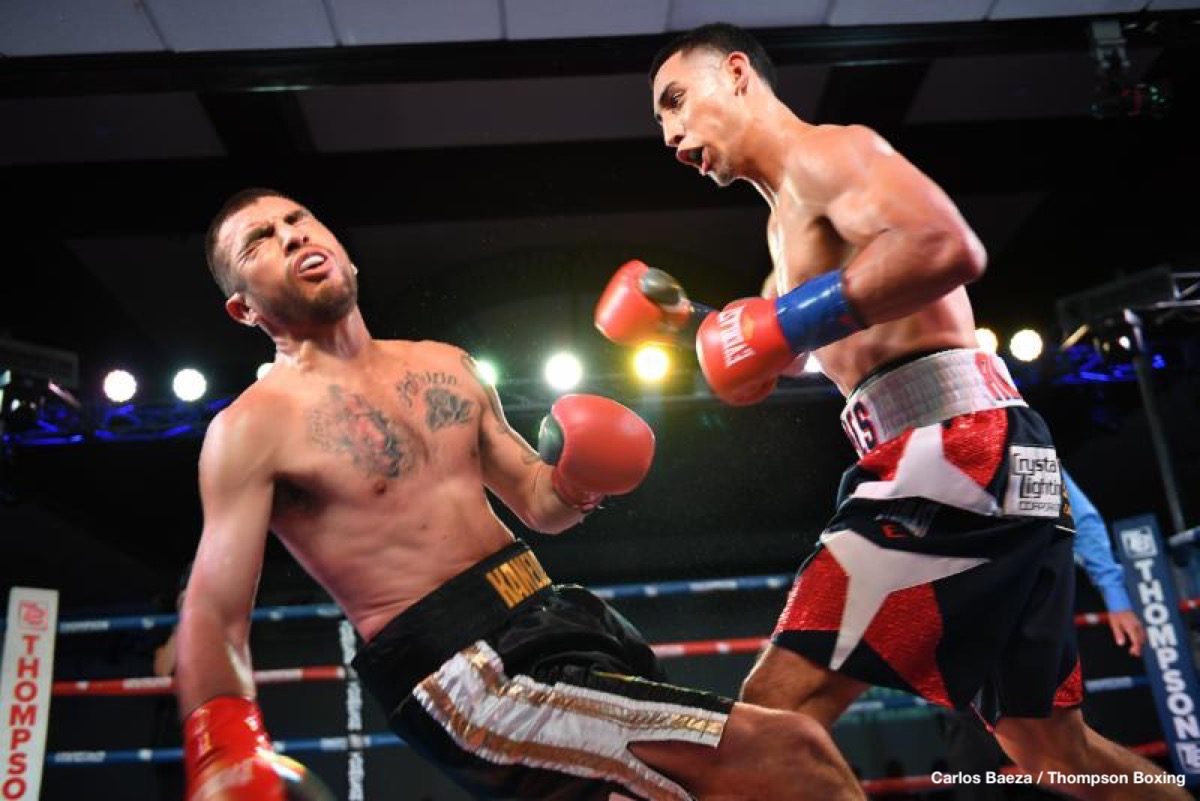 Talented lightweight prospect Ruben Torres (10-0, 8 KOs) made a statement in his main event debut by knocking out the battle tested Ruben Tamayo (27-14-4, 18 KOs) at the 2:38 mark of the second round.

Torres, 21, dropped Tamayo four times in two rounds with an aggressive style that came off as deliberate and purposeful.

“I wasn’t thinking knockout at all, but he was coming over the top like we anticipated and I made him pay,” said Torres, who is from the Los Angeles area and is currently enrolled at Cerritos College. “I basically jumped all over his mistakes. That’s what I wanted to do in this fight. See if I could find the edge early.”

During the TB Presents live stream, color commentator Doug Fischer likened Torres’ demeanor and ability at this stage of his career to the talented Josesito Lopez.

Torres, who has sparred with stablemate and unified world champion Danny Roman, rocked Tamayo with pinpoint combinations in the two knockdowns that occurred in the opening round. In the second, a straight right and left hook dropped Tamayo for good.

Early was the busier fighter and used every square inch of the ring to his advantage, often running circles around Sanchez. Scores 59-55 twice, 58-56.

Junior middleweight prospect Leo Ruiz (5-0, 3 KOs) of San Bernardino, Calif. dispatched Donnis Reed (3-4, 2 KOs) at the :42 mark of the third round. Ruiz hurt Reed several times throughout the fight and dropped him once on his way to the knockout win.

Crowley, who is a natural 130-pounder, beat up on Avila, who is more comfortable at junior featherweight. Crowley jumped on Avila from the opening bell and landed quality shots in every round. Scores 39-37 twice, 40-36.