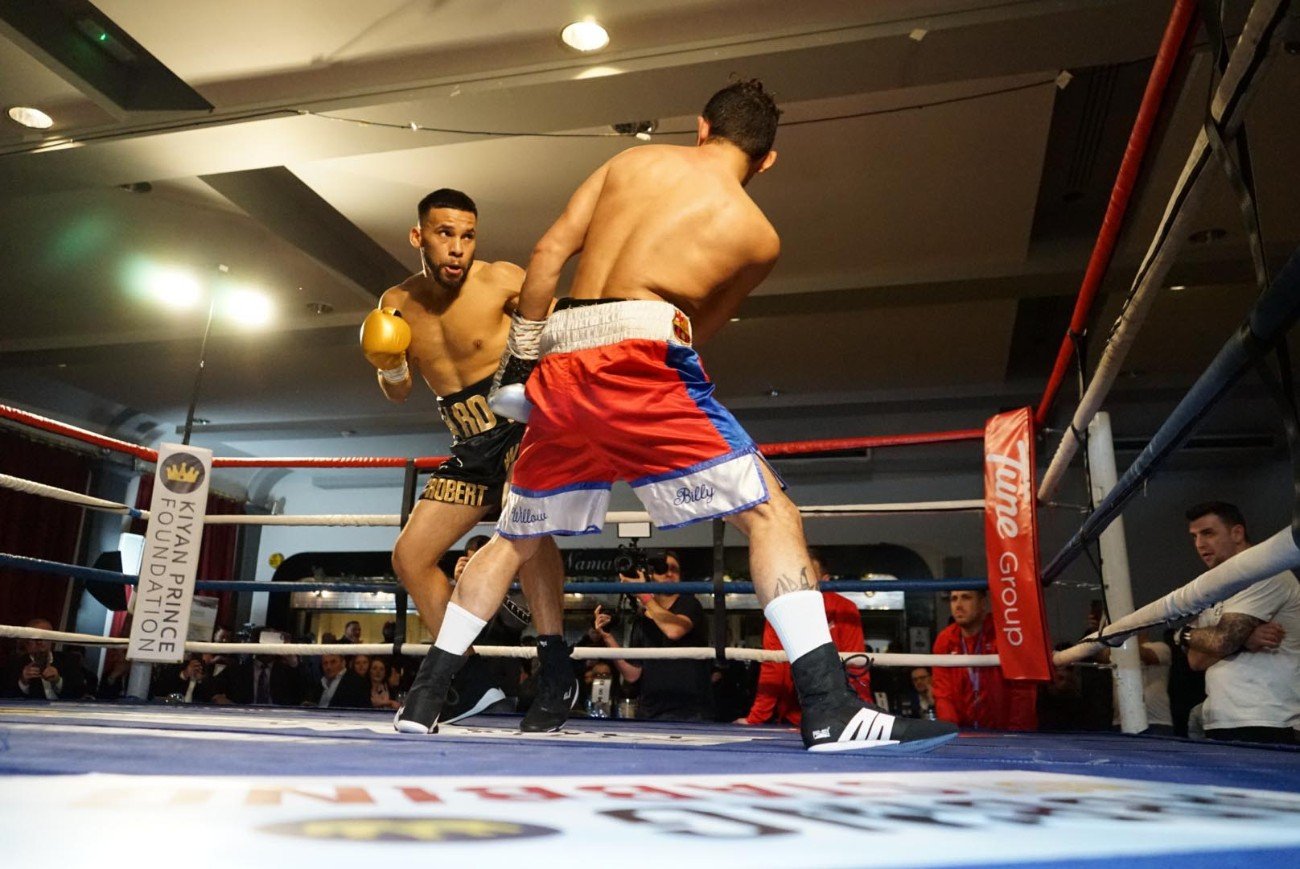 Duran Jr. had to be on top form as Santana pulled out all the stops to try and prevent the Floridian securing his maiden UK victory, Duran Jr. though had bought his ‘A game’ and was more than happy to go to war with the tough Nicaraguan and after four scintillating all action rounds it was Duran Jr that Referee Adrian Thorne deemed victorious by a 40-37 points margin.

“I want to start of by saying that I am very grateful for attending and being part of such a special event, The Kiyan Prince Foundation’s ‘Jabbing Not Stabbing’ that took place last Saturday in London this past Saturday in remembrance of young Kiyan Prince.

“Thank you so much Dr Mark Prince and Mr Gianluca Di Caro for adding me as the headliner of the evening of the fights. Such a special night to showcase my skill and to steer the young youth away from street violence and creating a way out through boxing.

“Much love and appreciation to Dr Prince and Mr Di Caro for the opportunity, I love London and the people returned the love.

“Hope to be back soon and see all my new friends and fans once more. Thank you London!”

BCB Promotions’ final show of 2019 ended in convincing victory for all four home fighters on show.

‘Season’s Beatings’ took place at the Holiday Inn Birmingham on Saturday evening and featured a trio of Brummies, with a Newark man thrown in for good measure.

Mussab Abubaker – known as Breaker – topped the bill as he looked to secure a fourth consecutive victory since turning professional in 2017. The 24 year-old did just that as he went through the gears to record a shut-out 40-36 victory over former white collar boxer, Scott Williams on referee-for-the-evening Shaun Messer’s score card.

Former Midlands Area Champion, Kane Baker, returned to winning ways after his unsuccessful English Title tilt in November. ‘The Shadow’, newly signed to BCB in a both a management and training deal, enjoyed a useful six rounds against Swindon’s Joe Beeden.

Baker will be looking to get back in title contention in 2020 and enjoyed the perfect pre-Christmas run-out with a comfortable 60-54 win.,

The third Brummie in action, Matthew ‘Swiggy’ Craddock made it 2-0 since turning professional just last month. The 29 year-old disposed of Hull’s Luke Fash, again by shut out, over four rounds.

Completing the card was Regis Sugden. The Newark fighter stepped in at short notice to replace his brother, Chad, who took a late notice fight against Craig Richards two days previously. Regis, the younger of the boxing brothers, moved to 5-0 as he too recorded a shut-out 40-36 win over Kevin McCauley.