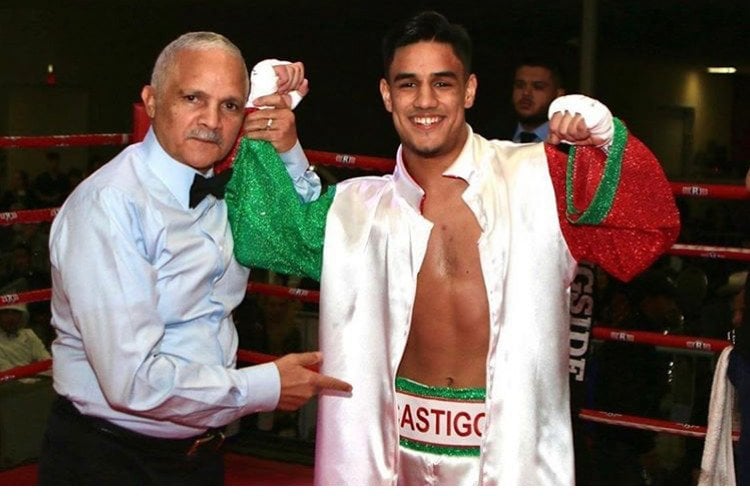 The 19-year old Medina, who is a native of San Antonio, TX, picked up a first-round knockout over Guadalupe Perez (2-23) of Garland, TX, in a scheduled six-round bout.

“This was the type of performance I was looking for and I feel I made at statement” said Medina. “My promoter TMB & PRB Entertainment have been keeping me busy. Rick Morones and Alex Draghici are doing a fantastic job getting me fights. I appreciate everyone on my team for all their hard work, including my manager Greg Hannley of Prince Ranch Boxing. I feel unstoppable.”

Coronado, who resides in Del Rio, TX, scored a first round knockout as well.

“I am continuing to improve and I’m getting better with each fight,” said Coronado “I’m staying busy which is very important for my development. I got the KO and I’m looking forward to my next fight. I want to thank my team for constantly putting me in such good positions in my professional boxing career.”

“Both Medina and Coronado have the talent to get big opportunities in the future” said Greg Hannely, president of Prince Ranch Boxing, who manages both fighters. “They have everything you look for in prospects, good work ethic, solid fundamentals as well as respectful.”

“Both fighters have worked very hard and have been putting on entertaining performances” said Rick Morones, of TMB & PRB Entertainment. “Medina and Coronado are exciting fighters who are developing a following in the area and it will only continue to grow with performances like these.”

“With each show we promote the crowds are getting bigger and bigger,” said Alex Draghici, of TMB & PRB Entertainment. “Both fighters leave everything in the ring, and the fans can tell. I can’t say how grateful we are of their performances.”

Prince Ranch Boxing’s rising prospect, Muhsin “Silent Killer” Cason (6-0, 3 KOs), made his return to cruiserweight, picking up an impressive win over the weekend at the La Fontaine Bleue, in Maryland. Cason cruised to an easy victory defeating Montez Brown (8-2, 4 KOs) by way of a six-round unanimous decision. Cason dropped Montez twice as the scorecards read 59-53, 58-54 and 59-53.

“I felt great in this fight,” said Cason. “My team is preparing me perfectly and I was able to showcase my skills against a tough opponent. I got the decision and I’m ready to get back in the gym.”

This was Cason’s return to the cruiserweight division despite fighting in his last bout at heavyweight and getting a first-round knockout. The powerful puncher moved to his optimum weight class and will now be campaigning at Cruiserweight.

“We made the decision to keep Cason at cruiserweight since that is the weight in which at the present moment, he is the biggest threat,” said Greg Hannely, CEO of Prince Ranch Boxing. “Cason can contend in the heavyweight division, but at cruiserweight, it will be hard to find anyone who has his skill set and abilities to beat him.”

“We want to make sure he in the right position and feels ready before we start going after the big opportunities,” said former two-time heavyweight champion, Hasim Rahman, who is Cason’s brother and advisor. “He has all the skills and pedigree to be a world champion.”